The Globalization of War. America’s “Long War” against Humanity 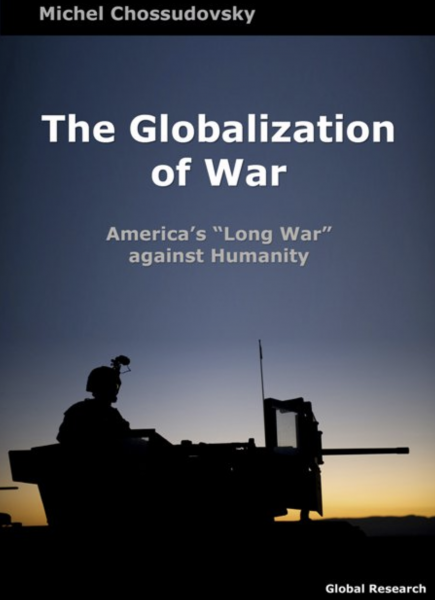 By Michel Chossudovsky – an award-winning author, Professor of Economics (emeritus) at the University of Ottawa, Founder and Director of the Centre for Research on Globalization (CRG), Montreal, Editor of Global Research.

America’s hegemonic project in the post 9/11 era is the “Globalization of War” whereby the U.S.-NATO  military machine –coupled with covert intelligence operations, economic sanctions and the thrust of “regime change”— is deployed in all major regions of the world.  The threat of pre-emptive nuclear war is also used to black-mail countries into submission.

This “Long War against Humanity” is carried out at the height of the most serious economic crisis in modern history. It is intimately related to a process of global financial restructuring, which has resulted in the collapse of national economies and the impoverishment of large sectors of the World population.

The ultimate objective is World conquest under the cloak of “human rights” and “Western democracy”.