The 10 biggest news stories right now you need to know 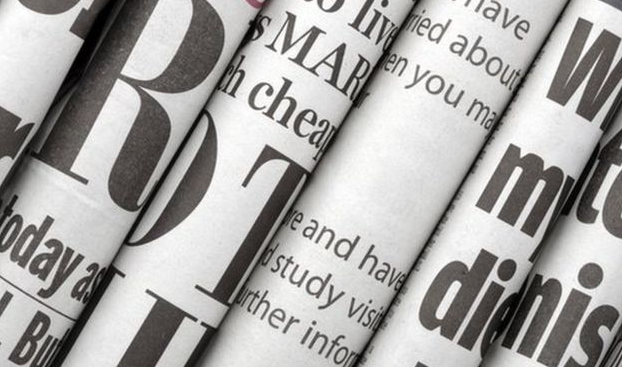 These are the ten biggest news stories going on right now that you need to know that will, in some way, affect Britain. When Brexit arrives and the consequences start to unravel, whatever they may be, the world continues to move – one threat being that Britain becomes so self-involved it gets left behind. So keep up with these brief updates as TruePublica will now start to publish more of them from now on.

Russia pulls out of Nuclear treaty in ‘Symmetrical’ response to U.S. move. President Putin of Russia, in a decision that was widely expected, suspended his country’s observance of a key nuclear arms control pact on Saturday in response to a similar move by the United States a day before.

Mr Putin also said that Russia would build weapons previously banned under the treaty and would no longer initiate talks with the United States on any matters related to nuclear arms control. Cold war 2.0 has clearly kicked-off. The last one was not just quite frightening, it threatened the existence of humanity.

While global markets would hail a U.S.-China trade deal, fears are growing that the European Union could be the fall guy in any breakthrough, which would allow Donald Trump to turn his attention to German cars or French luxury wines.

Alicia García-Herrero, Chief Economist at Natixis for Asia Pacific, and a researcher at the Bruegel think-tank, is among those who have warned that a deal “could cost Europe dearly” if China substitutes a large part of its European imports for U.S. goods in a bid to appease the Trump administration.

British lawmakers instructed Prime Minister Theresa May to reopen a Brexit treaty with the European Union to replace a controversial Irish border arrangement – and promptly received a flat rejection from Brussels.

With two months left until Britain is due by law to leave the EU, investors and allies have urged the government to clinch a deal to allow an orderly exit from the club it joined in 1973. So far, it has failed.

The authorities have now revived Cold War emergency plans to relocate the royal family should there be riots in London if Britain. Thousands of MI5 are now located in Northern Ireland, the Army and army reservists are on standby and police forces all over the country have cancelled all leave from April.

EU subversion of democracy in Italy

Did the subversion of Italian democracy by the European Union play a role in Italy’s fall into recession? Italy’s pre-existing debts were already so large that the EU got an agreement from the previous Italian government that deficit spending would be restricted to 0.8% of GDP.

The new government prepared to implement the policies it had promised in its election campaign: a reduction in taxes and an increase in certain types of welfare spending, including a basic income experiment. They proposed a fiscal plan that would increase the spending deficit to 2.4% of GDP.

The EU said no. Crash.

The Economic Partnership Agreement (EPA) between the EU and Japan entered into force on 1 February 2019. Businesses and consumers across Europe and in Japan can now take advantage of the largest open trade zone in the world.

EU Trade Commissioner Cecilia Malmström said: “This agreement has it all: it scraps tariffs and contributes to the global rulebook, whilst at the same time demonstrating to the world that we both remain convinced by the benefits of open trade.

Except, of course, Britain. It opted out of the EU and so the trade deal excluded it from day one.

‘Divide and conquer’: China puts the pressure on US allies

As tensions between China and the US mount over trade and the extradition of a senior Huawei executive, Beijing has reserved its most colourful language for America’s allies.

Analysts say China is trying to isolate the US by going after its allies. Two Canadians remain in detention in China over unspecified allegations of endangering national security and a third was sentenced to death for drug smuggling after a sudden retrial — cases widely believed to be retaliation for Ottawa’s arrest of Meng at the request of the US.

Several thousand “gilets jaunes” protesters have marched through Paris and other French cities on Saturday on the 12th weekend of action against the government.

protesters carried French flags and held signs attacking the French president as being out of touch or calling for referendums tabled by citizens.

Protesters injured in previous weeks of violence were put at the front of the protests, some of whom wore eyepatches with a target sign on them. The government warned that police would not hesitate to use ‘flashballs’ in the event of violence by demonstrators after it was authorised by France’s highest administrative court. Flashball riot control guns are banned in much of Europe.

The information commissioner has launched an audit into Leave.EU and the insurance company owned by the campaign’s key financial backer, Arron Banks, after fining the organisations a total of £120,000 for data protection violations during the EU referendum campaign.

Leave.EU was fined £15,000 for using Eldon Insurance customers’ details unlawfully to send almost 300,000 political marketing messages, and a further £45,000 for its part in sending an Eldon marketing campaign to political subscribers. Eldon was fined £60,000 for the latter violation.

The Geo-political struggle for Venezuela

The usual mainstream media suspects have their printing presses and news presenters set to max propaganda mode over Venezuela.

The CIA is working hard to stoke violence, and the genuine poor will soon start to die, both in those egged on to riot and in the security services. But do not get taken in by the complete nonsense that this is a popular, democratic revolution. It is not. It is yet another barefaced CIA regime change coup.

Eight banks are being targeted in a European Union probe that alleges traders colluded to acquire and trade euro government bonds, a month after the EU regulators implicated lenders in a separate bond-trading case.

The EU’s antitrust chief, Margrethe Vestager, is moving her attention to possible collusion between banks in the estimated $9.4-trillion market for European government debt. She’s already extracted huge fines from Google and a massive back-tax bill from Apple Inc. before she ends her five-year term later this year. While the EU’s powerful antitrust arm often lags far behind financial authorities in the U.S. and the U.K. in punishing collusion between traders, its fines can be hefty.