Disaster Capitalism – The Mask of Anarchy 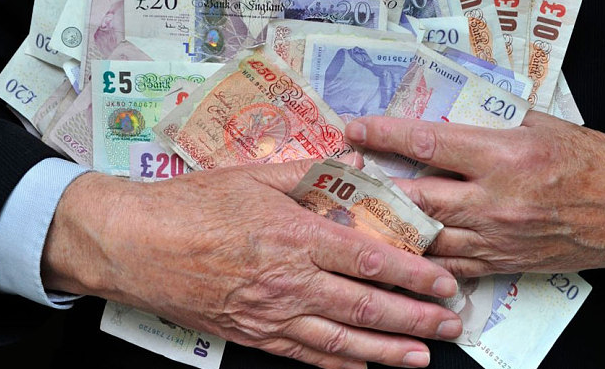 By George Monbiot: Part of me wants to smash it all up. I want to see the British bubble burst: the imperial nostalgia, the groundless belief in the inherent greatness of this nation, the casual dishonesty of those who govern us, the xenophobia, the intolerance, the denial, the complacency. I want those who have caused the coming disaster to own it so that no one ever believes them again. No Deal Brexit? Bring it on.

Such dark thoughts do not last long. Then I remember it will be the poor who get hurt, first and worst. The rich leavers demanding the hardest of possible Brexits, with their offshore accounts, homes abroad and lavish pensions, will be all right. I remember the eerie silence of the City of London. While the bosses of companies producing goods and tangible services write anxious letters to the papers, the financial sector stays largely schtum. Shorting sterling is just the first of its possible gains.

The Asian financial crisis of 1997-98, caused by the IMF’s insistence that countries removed their capital controls, began with an attack by foreign speculators on Thailand’s baht. As currencies tanked and nations raised their interest rates, indebted companies went down like flies. Foreign corporations, particularly from the US, swept in and bought the most lucrative assets for a fraction of their value. Though the causes are different, it’s not hard to see something similar happening here. If it does, the City will clean up.

But this is not the end of it. What a no-deal Brexit might offer is the regulatory vacuum the Brextremists fantasise about. The public protections people have fought so hard for, that we obtained only through British membership of the EU – preventing water companies from pouring raw sewage into our rivers, power stations from spraying acid rain across the land, chemical companies from contaminating our food – are suddenly at risk.

In theory, there are safeguards. The environment department has been frantically trying to fill the regulatory chasm. It has published more statutory instruments than any other ministry and has drafted an Environment Bill, with plans for a watchdog to hold the government to account. But a series of massive questions remain, and none of them have easy answers.

The Environment Bill will not be put before parliament until after the Queen’s speech (probably in May). It won’t be passed until autumn, at the earliest. The green watchdog (the Office for Environmental Protection) will not materialise until 2021. During that time, there will be no body equivalent to the European Court of Justice to ensure that the government upholds the law. Instead, there will be a “holding arrangement”, with an undefined “mechanism” to receive reports of environmental lawbreaking, that the watchdog might be inclined to investigate when it eventually materialises.

Replacing just one of the EU’s environmental functions – registering new chemicals – requires, before March 29, a new IT system, new specialist evaluators, new monitoring and enforcement across several agencies and new government offices, filled with competent staff, to oversee the system, in the four nations of the UK. All this must happen while the government attends to scores of transformations on a similar scale. If the shops run out of food, hospitals can’t get medicine and the Good Friday Agreement falls apart, how much attention will it pay to breaches of environmental law?

Already, we are witnessing comprehensive regulatory collapse in the agencies, such as Natural England, charged with defending the living world, due to funding cuts. If they can’t do their job before we crash out, what chance do they have when the workload explodes, just as government budgets are likely to slump?

The government’s nomination of Tony Juniper as Natural England’s new chair is a hopeful sign, though the general astonishment that an environmental regulator will be chaired by an environmental champion show just how bad things have become (since 2009, it has been run by people whose interests and attitudes were starkly at odds with their public duties). But the underlying problem Natural England faces will also hobble the green watchdog. Unlike the European Court of Justice, the Office for Environmental Protection will be funded and controlled by the government it seeks to hold to account.

Last February, the Guardian reported panic within government about the likely pileup of waste the UK currently exports to the EU, in the event of no deal. The combination of a rubbish crisis, administrative chaos and mass distraction could be horrible: expect widespread flytipping and pollution. So much for the extremists’ euphemism for no deal: “clean Brexit”.

The government’s commitment to upholding environmental standards relies to a remarkable extent on one man: the environment secretary, Michael Gove, who has so far doggedly resisted the demands of his fellow Leavers. Had any one of his grisly predecessors been in post – Owen Paterson, Liz Truss, Andrea Leadsom – we wouldn’t have even the theoretical protections Gove has commissioned. Boris Johnson has suggested that leaving the EU will allow us to dismantle green standards for electrical goods and environmental impact assessments. Iain Duncan Smith has pressed for the removal of the carbon floor price after Brexit, that has more or less stopped coal burning in the UK.

With Liam Fox in charge of trade policy, and the US demanding the destruction of food and environmental standards as the price of the trade deal he desperately seeks, nothing is safe.

A joint trade review by the British and Indian governments contemplates reducing standards on pesticide residues in food and hormone-disrupting chemicals in toys. This must be heartening for Jacob Rees-Mogg (known in some circles as Re-smog), who has proposed that we might accept “emission standards from India”, one of the most polluted nations on earth. “We could say, if it’s good enough in India, it’s good enough for here.”

There is no guarantee that Michael Gove, the unlikely champion of public protection, will stay in his post after Brexit. If we crash out of Europe, the dark money that helped to buy Brexit will strive to use this opportunity to tear down our regulations: this, after all, was the point of the exercise. The tantalising prospect for the world’s pollutocrats is that the United Kingdom might become a giant export processing zone, exempt from the laws that govern other rich nations. It’s a huge potential prize, that could begin to reconfigure the global relationship between capital and governments. They will fight as hard and dirty to achieve it as they did to win the vote.

A combination of economic rupture, sudden shifts in ownership, an urgent desire to strike new trade deals and a possible regulatory abyss presents a golden opportunity for disaster capitalism. Our first task is to see it coming. Our second is to stop it.

George Monbiot is a British writer known for his environmental and political activism. He writes a weekly column for The Guardian and is the author of the bestselling books Feral: rewilding the land, sea and human life, The Age of Consent: A Manifesto for a New World Order and Captive State: The Corporate Takeover of Britain, as well as the investigative travel books Poisoned Arrows, Amazon Watershed and No Man’s Land. His latest book is How Did We Get into This Mess? Politics, Equality, Nature.