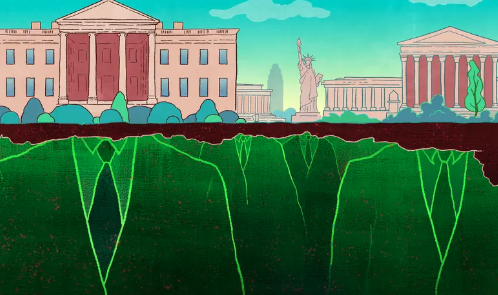 TruePublica Editor: It’s ironic is it not that the Defence Secretary Gavin Williamson, so close to the security services should get caught by the very surveillance services the state has been denying any knowledge of. Craig Murray, former UK ambassador makes an excellent point when it comes to Williamson’s downfall, that America did not want Britain to build 5G infrastructure using Huawei technology – and got its way, irrespective. As for Britain – unable to make even basic decisions without controversy is just another indication of the sheer ineptitude of government the nation is suffering from. Nothing like taking back control eh!

By Craig Murray: Theresa May almost certainly sacked Gavin Williamson not just on the basis of a telephone billing record showing he had a phone call with a Telegraph journalist, but on the basis of a recording of the conversation itself. It astonishes me that still, after Snowden and his PRISM revelations, after Wikileaks Vault 7 releases, and after numerous other sources including my own humble contribution, people still manage to avoid the cognitive dissonance that goes with really understanding how much we are surveilled and listened to. Even Cabinet Ministers manage to pretend to themselves it is not happening.

The budget of the NSA, which does nothing else but communications intercept, is US $14.2 billion this year. Think about that enormous sum, devoted to just communications surveillance, and what it can achieve. The budget of the UK equivalent, GCHQ, is £1.2 billion, of which about 10% is paid by the NSA. Domestic surveillance in the UK has been vastly expanded and many taboos broken. But the bedrock of the system with regard to domestic intercepts is still that legal restrictions are dodged, as the USA’s NSA spies on UK citizens while the UK’s GCHQ spies on US citizens, and then the information is swapped. It was thus probably the NSA that harvested Williamson’s phone call, passing the details on. Given official US opposition to the UK employing Huawei technology, Williamson’s call would have been a “legitimate” NSA target.

Mass surveillance works on electronic harvesting. Targeted phone numbers apart, millions of essentially random calls are listened to electronically using voice recognition technology and certain key words trigger an escalation of the call. Williamson’s call discussing Huawei, China, the intelligence services, and backdoors would certainly have triggered recording and been marked up to a human listener, even if his phone was not specifically targeted by the Americans – which it almost certainly was.

Williamson, of course, is relying on the security services’ secrecy about their methods to maintain his protests of innocence, secure in the knowledge that the recording of him would not be produced. The existence of the recording – of which I am extremely confident – is the only possible explanation for May’s degree of certainty and swift action against one of her very few loyal allies.

RSS: I was just going to bring this up exactly, so I was saying that the NSA recently received notifications about the zero-day holes in advance and [incomprehensible] the NSA and the CIA to just crack PCs abroad for espionage purposes.

RMS: Now, [incomprehensible] that this proves my point, which is that you have to be nuts if you were some other country and using Windows on your computers. But, you know, given that Windows has a universal back door in it, Microsoft would hardly need to tell the NSA about any bugs, it can tell the NSA about the mal-feature of the universal back door and that would be enough for the NSA to attack any computer running Windows, which unfortunately is a large fraction of them.

All the major western tech companies cooperate with the western security services. In Murder in Samarkand I gave the first public revelation that the government can and does listen through your mobile phone microphone even when the phone is ostensibly switched off, a fact that got almost no traction until Edward Snowden released documents confirming it six years later. China is full of western devices with backdoors that are exploited by western intelligence. That the tables turn as Chinese technology advances is scarcely surprising.

Personally, I do not want the Chinese, Americans, Russians or British eavesdropping on me, or on each other, and I wish that they would stop. The spy games will, of course, continue, as they make money for a lot of well-connected people. But for any side to claim moral superiority in all of this is just nonsense.