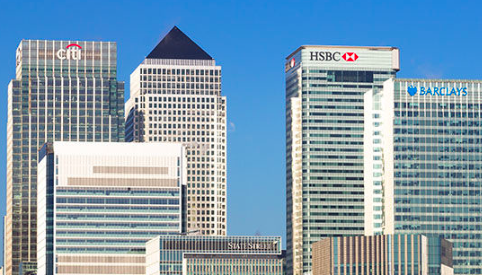 By TruePublica: On the 9th November this year, it was reported that the UK’s credit rating could be downgraded, according to ratings agency Moody’s, which says Brexit has caused “paralysis in policy-making”.

It has changed the outlook on the UK’s current rating – which is a marker of how likely it is to pay back its debts – from “stable” to “negative”.

Moody’s also criticised the general election promises to raise spending with “no clear plan” to finance it.

And if Boris Johnson wins this election with the majority he needs to push forward his Brexit agenda – parliament will actually just get bogged down in it, as will ministers be for the foreseeable future. The Conservatives know they will be unable to deliver anything else other than an economic downturn and that, given the financial constraints that will be imposed, the scope for any other policy delivery will be minimal.

This is the reason that Moody’s has signalled it might downgrade the credit rating on government debt amid an “erosion in institutional strength” caused by Brexit.

The ratings agency has changed the outlook on its Aa2 rating of the UK’s debt from “stable” to “negative”, implying a rating cut could be imminent.

The current Aa2 rating is on par with France but below Germany’s AAA rating. Britain’s AAA rating was downgraded in 2012 despite former chancellor George Osborne pledging to maintain it.

But instead of acting against Britain right now, Moody’s has turned its attention to the banks – for the time being.

Bloomberg Europe reports that – British banks have worked hard to bolster their finances since the global crash a decade ago, but Brexit might be about to undo their good work, according to a warning from Moody’s Investors Service.

The ratings firm cut its outlook on British lenders to negative from stable, citing factors including the “prolonged uncertainty over Brexit” and its impact on economic growth over the next two years.

The ratings company also cited the persistence of low interest rates, as well as the increased competition in the mortgage market that has eroded net interest margins. The mortgage price war has been a side effect of Britain’s so-called ring-fencing regulation, which legally separates investment banking from retail, deposit-taking business, and has trapped some of the biggest banks’ excess capital inside the U.K.

“The operating environment for U.K. banks is deteriorating, weighing on their asset quality and profitability,” Moody’s said in a report published last Tuesday. “Our base case is that the U.K. and the European Union will ultimately reach a free-trade agreement, but it is increasingly unlikely that any such deal will substantially mitigate the negative economic impact of Brexit.”

Moody’s said the worsening economic environment more than outweighs positive trends, such as the lenders’ strong capital position and the wind-down of costs linked to the payment protection insurance scandal.

Moody’s is just one more commentator on the negative effects of Brexit. Last week TruePublica reported that the London School of Economics had published its latest data, which found all forms of Brexit damaging to the UK economy and Boris Johnson’s version, represented the middle of three very poor forecasts of economic performance.