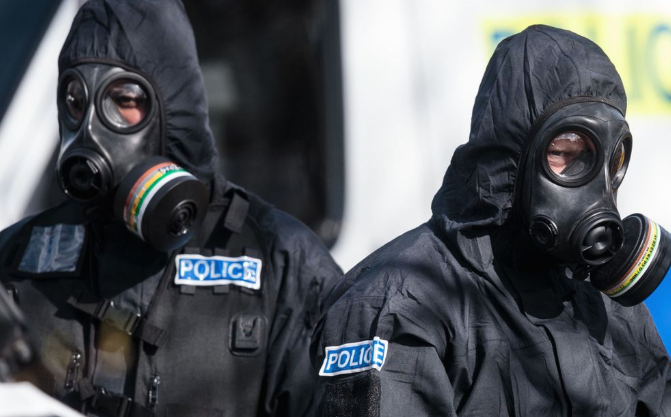 By Craig Murray: UPDATE: Stupidly I had forgotten this vital confirmation from Channel 4 News (serial rebel Alex Thomson) of the D Notice in place on mention of Pablo Miller.

Back then I did not realise what I now know, that the person being protected was Pablo Miller, colleague in both MI6 then Orbis Intelligence of Christopher Steele, author of the fabrications of the Trump/Russia golden shower dossier. That the government’s very first act on the poisoning was to ban all media mention of Pablo Miller makes it extremely probable that this whole incident is related to the Trump dossier and that Skripal had worked on it, as I immediately suspected. The most probable cause is that Skripal – who you should remember had traded the names of Russian agents to Britain for cash – had worked on the dossier with Miller but was threatening to expose its lies for cash.

ORIGINAL POST: This comment from Clive Ponting, doyen of British whistleblowers, appeared on my website and he has now given me permission to republish it under his full name:

I have been reading the blogs for some time but this is my first post. Like Craig I was a senior civil servant but in the ministry of defence not the fco. I had plenty of dealings with all three intelligence agencies. It seems to me that the reason none of the MSM are doing any investigating/reporting of the Salisbury affair, apart from official handouts, is that the government have slapped a D-Notice over the whole incident and it is not possible to report that a notice has been issued.

Here is another theory as to what happened. The Russians pardoned Skripal and allowed him to leave (spy agencies have an understanding that agents will always be swapped after an interval – it’s the only protection they have and helps recruitment). In the UK Skripal would have been thoroughly debriefed by MI6 and MI5 (his ex-handler lives near Salisbury). If at some point they discovered that Skripal was giving them false information, perhaps he was told to do so by the FSB as a condition of his release, lives may have been endangered/lost. If he also was also involved in the ‘golden showers’ dossier then elements in the US would have a reason to act as well. The whole incident was an inside job not to kill him, hence the use of BZ, but to give him a warning and a punishment. The whole thing is being treated as though the authorities know exactly what went on but have to cover it up.

I meant to add that the policeman who ‘just happened’ to be around was almost certainly the special branch ‘minder’ who was keeping Yulia under surveillance. The media are not allowed to mention the existence of a D notice.

Those of us who have been in the belly of the beast and have worked closely with the intelligence services, really do know what they and the British government are capable of. They are not “white knights”.

I would add it has been very plain from day one that there is a D notice on Pablo Miller.