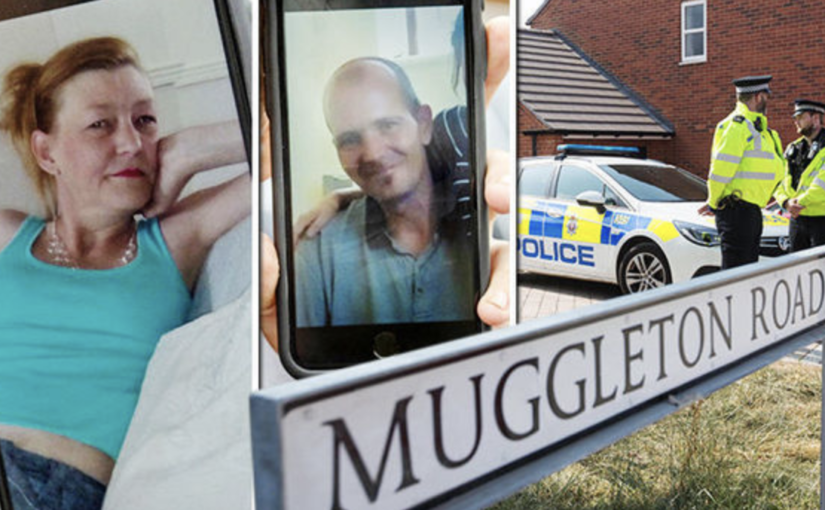 The killing of poor Dawn Sturgess was much the most serious of the events in Salisbury and Amesbury that attracted international attention. Yet nobody has been charged, no arrest warrant issued and no inquest held. The inquest for Dawn Sturgess has today been yet again postponed, for the fourth time, and for the first time no new prospective date has been given for it to open. Alarmingly, the coroner’s office are referring press enquiries to Scotland Yard’s Counter Terrorism Command – which ought to have no role in an inquest process supposed to be independent of the police.

Congratulations to Rob Slane and to John Helmer for their excellent work in following this.

It appears very probable that the independent coroner’s inquiry process is going to be cancelled and, as in the case of David Kelly, replaced by a politically controlled “public inquiry” with a trusty or malleable judge in charge, like Lord Hutton of Kincora. This is because the truth of Dawn Sturgess’ death in itself destroys key elements of the government’s narrative on what happened in Salisbury.

Simply put, the chemical that killed Dawn Sturgess could not have been the same that allegedly poisoned the Skripals. Charlie Rowley is adamant that he found it in a packaged and fully sealed perfume bottle, in a charity bin. Furthermore, he states that it was a charity bin he combed through regularly and it had not been there earlier, in the three months between the alleged attack on the Skripals and his taking it from the bin.

The government narrative that “Boshirov and Petrov” used that perfume bottle to attack the Skripals, then somehow resealed the cellophane, and disposed of it in the bin, depends on the Russians having a tiny plastic resealing technology concealed on them (and why bother?), on their taking a long detour to dispose of the “perfume” in a charity bin – the one method that guaranteed it being found and reused – and the “perfume” then achieving a lengthy period of invisibility in the bin before appearing again three months later.

Those are only some of a number of inconvenient facts. Perfume does not come as a gel; it cannot both have been applied as a gel to the Skripals’ doorknob and sprayed on to Dawn Sturgess’ wrists. Gels do not spray. Neither Porton Down nor the OPCW was able to state it was from the same batch as the chemical allegedly used on the Skripals’ house.

Then there is the fascinating fact that it took eleven days of intensive searching for a vial of liquid in a small modern home, for the police to find the perfume bottle sitting on the kitchen counter.

Nobody has been charged with the manslaughter or murder of Dawn Sturgess. There is still an international arrest warrant out for Boshirov and Petrov for the attack on the Skripals. Very interestingly indeed, this warrant has never been changed into the names of Chepiga and Mishkin.

From the moment I heard of the attack on Dawn Sturgess, I worried that she – a person down on her luck and living in a hostel – was exactly the kind of person the powerful and wealthy would view as a disposable human being if her death fitted their narrative. The denial of an inquest for her, and the complete lack of interest by the mainstream media in the obvious nonsense of the official story that ties her to the Skripal poisoning tends to confirm these fears. What Dawn Sturgess’ death tells us, beyond doubt, is that the government narrative is fake and the Skripal and Sturgess cases are two separate incidents. Which makes a local origin of the chemical very much more likely. No wonder the government is determined to avoid the inquest.

I was struck today that the tame neo-con warmongering “Chemical weapons expert” Hamish De Bretton Gordon, former head of the British Army’s chemical weapons unit, appeared on Sky News. He was being interviewed on use of white phosphorous by Turkey in Syria and repeatedly tried to deflect the narrative on to alleged chemical weapons use by Syrian government forces, arguing that the present crisis was the moral responsibility of those who opposed western military action against Assad. But what particularly struck me was that he appeared by Skype – from Salisbury. When you look at the British government’s own chemical weapons expertise, you are continually led back to Salisbury, perhaps not surprisingly given the location of Porton Down.

I am aiming to make a full documentary film on the Salisbury events entitled “Truth and the Skripals”, based around the questions raised on this blog. I shall be looking to launch crowdfunding for the documentary shortly, probably within the week.