Note from America: An Easter Message – When Dissidents Become Enemies of the State 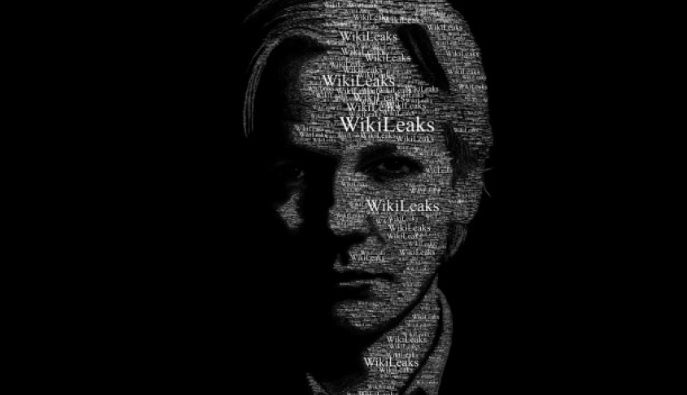 By John W Whitehead – constitutional attorney, Charlottesville, Virginia: When exposing a crime is treated as committing a crime, you are being ruled by criminals. In the current governmental climate, where laws that run counter to the dictates of the US Constitution are made in secret, passed without debate, and upheld by secret courts that operate behind closed doors, obeying one’s conscience and speaking truth to the power of the police state can render you an “enemy of the state.”

That list of so-called “enemies of the state” is growing.

Wikileaks founder Julian Assange is merely the latest victim of the police state’s assault on dissidents and whistleblowers.

On April 11, 2019, police arrested Assange for daring to access and disclose military documents that portray the U.S. government and its endless wars abroad as reckless, irresponsible, immoral and responsible for thousands of civilian deaths.

Included among the leaked materials was gunsight video footage from two U.S. AH-64 Apache helicopters engaged in a series of air-to-ground attacks while American aircrew laughed at some of the casualties. Among the casualties were two Reuters correspondents who were gunned down after their cameras were mistaken for weapons and a driver who stopped to help one of the journalists. The driver’s two children, who happened to be in the van at the time it was fired upon by U.S. forces, suffered serious injuries.

There is nothing defensible about crimes such as these perpetrated by the government.

When any government becomes almost indistinguishable from the evil it claims to be fighting—whether that evil takes the form of war, terrorism, torture, drug trafficking, sex trafficking, murder, violence, theft, pornography, scientific experimentations or some other diabolical means of inflicting pain, suffering and servitude on humanity—that government has lost its claim to legitimacy.

These are hard words, but hard times require straight-talking. It is easy to remain silent in the face of evil.

What is harder—what we lack today and so desperately need—are those with moral courage who will risk their freedoms and lives in order to speak out against evil in its many forms.

Throughout history, individuals or groups of individuals have risen up to challenge the injustices of their age. Nazi Germany had its Dietrich Bonhoeffer. The gulags of the Soviet Union were challenged by Aleksandr Solzhenitsyn. America had its colour-coded system of racial segregation and warmongering called out for what it was, blatant discrimination and profiteering, by Martin Luther King Jr.

And then there was Jesus Christ, an itinerant preacher and revolutionary activist, who not only died challenging the police state of his day—namely, the Roman Empire—but provided a blueprint for civil disobedience that would be followed by those, religious and otherwise, who came after him.

Indeed, it is fitting that we remember that Jesus Christ—the religious figure worshipped by Christians for his death on the cross and subsequent resurrection—paid the ultimate price for speaking out against the police state of his day.

A radical nonconformist who challenged authority at every turn, Jesus was a far cry from the watered-down, corporatized, simplified, gentrified, sissified vision of a meek creature holding a lamb that most modern churches peddle. In fact, he spent his adult life speaking truth to power, challenging the status quo of his day, and pushing back against the abuses of the Roman Empire.

Much like the American Empire today, the Roman Empire of Jesus’ day had all of the characteristics of a police state: secrecy, surveillance, a widespread police presence, a citizenry treated like suspects with little recourse against the police state, perpetual wars, a military empire, martial law, and political retribution against those who dared to challenge the power of the state.

For all the accolades poured out upon Jesus, little is said about the harsh realities of the police state in which he lived and its similarities to modern-day America, and yet they are striking.

Unfortunately, the radical Jesus, the political dissident who took aim at injustice and oppression, has been largely forgotten today, replaced by a congenial, smiling Jesus trotted out for religious holidays but otherwise rendered mute when it comes to matters of war, power and politics.

Yet for those who truly study the life and teachings of Jesus, the resounding theme is one of outright resistance to war, materialism and empire.

What a marked contrast to the advice being given to Americans by church leaders to “submit to your leaders and those in authority,” which in the American police state translates to complying, conforming, submitting, obeying orders, deferring to authority and generally doing whatever a government official tells you to do.

Telling Americans to march in lockstep and blindly obey the government—or put their faith in politics and vote for a political savior—flies in the face of everything for which Jesus lived and died.

Ultimately, this is the contradiction that must be resolved if the radical Jesus—the one who stood up to the Roman Empire and was crucified as a warning to others not to challenge the powers-that-be—is to be an example for our modern age.

As I make clear in my book Battlefield America: The War on the American People, we must decide whether we will follow the path of least resistance—willing to turn a blind eye to what Martin Luther King Jr. referred to as the “evils of segregation and the crippling effects of discrimination, to the moral degeneracy of religious bigotry and the corroding effects of narrow sectarianism, to economic conditions that deprive men of work and food, and to the insanities of militarism and the self-defeating effects of physical violence”—or whether we will be transformed nonconformists “dedicated to justice, peace, and brotherhood.”

As King explained in a powerful sermon delivered in 1954, “This command not to conform comes … [from] Jesus Christ, the world’s most dedicated nonconformist, whose ethical nonconformity still challenges the conscience of mankind.”

We need to recapture the gospel glow of the early Christians, who were nonconformists in the truest sense of the word and refused to shape their witness according to the mundane patterns of the world.  Willingly they sacrificed fame, fortune, and life itself in behalf of a cause they knew to be right.  Quantitatively small, they were qualitatively giants.  Their powerful gospel put an end to such barbaric evils as infanticide and bloody gladiatorial contests.  Finally, they captured the Roman Empire for Jesus Christ… The hope of a secure and livable world lies with disciplined nonconformists, who are dedicated to justice, peace, and brotherhood.