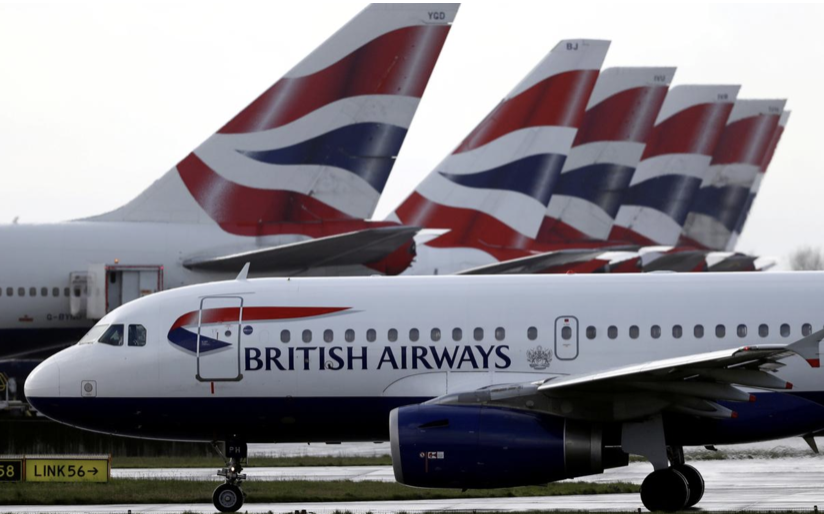 By TruePublica: The airline industry only survives in the first place because it was based on a race to the bottom and is consequently very heavily subsidised by the state in which they operate. In Europe it works like this as pointed out here by Transport and Environment:

“The sector depends heavily on public support — from tax exemptions from VAT and kerosene tax, to state aid for airports, low-cost airlines and infrastructure linking airports with nearby cities. Airlines also get 85% of their allocated pollution permits for free under the EU’s carbon market. The kerosene tax exemption in Europe alone is valued at €27 billion a year. Other more sustainable transportation methods — such as rail — have not benefited from such generous tax treatment.”

The airline industry is one of the biggest polluters in the world. To put perspective on that – the total increase of CO2 emissions over the period 2013 to 2018 was equivalent to building about 50 coal-fired power plants. That study also showed the UK is responsible for 4% of global aviation CO2 emissions, behind only the US (24%) and China (13%).

On the other hand, the overall public experience of privatised rail has been one of poor service, ever higher ticket prices and a raft of excuses as to why trains are late or cancelled. Overwhelmingly, the British public would be happy with the entire rail network in Britain to be renationalised as 64 per cent say it should be done, 17 per cent said they didn’t know but only 19 per cent would oppose such a move.

The airline industry is the fastest-growing sector for harmful emissions, and one of the most ‘tax-efficient.’

As Tax Justice Network (TJN) says – “It remains to be seen however what meaningful green conditions could be imposed on airlines, one of the fastest-growing contributors to climate change over the last two decades.”

Now more than ever, the aviation industry is under intense pressure – not just from the collapse in business as a result of the pandemic but also a growing sense that the environment crisis will soon be at the top of the political agenda in many countries, as will handing out billions of taxpayers money to ‘offshored’ enterprises located in tax havens.

For instance, British Airways is owned by IAG – and its biggest shareholder is Qatar Airways. As the UK is no longer part of the EU there are no restrictions on the percentage of ownership – so Qatar have built even more share ownership at about 25 per cent. Qatar Airways is 100% owned by the state of Qatar – and yet the British taxpayer is on the hook for a £343million bailout loan – with no conditions.

The BA bailout is part of a wider package being supported by AIG in Spain – but a foreign state (not just investing individuals) – the wealthiest on earth, is being bailed out by British taxpayers who are up to their necks in debt.

This airline bailout tracker (HERE), reported at the TJN is revealing

And here are just a few snippets from that report:

Tax Watch (UK) makes some good suggestions on how airlines can become more than symbolic politics – besides a repayment obligation if tax authorities find tax avoidance in the future, a blacklist should be created to exclude tax avoiders from state contracts, as well as detailed public data on state aid.