Today, we live in an era where both traditional and modern forms of advertising is a problem for brands. The vehicle for advertising is now about trust, not just scale. Advertising with TruePublica helps to solve that problem.

In 2006, about 65 per cent of the general public believed what they read in British newspapers, today this relatively high level of trust has crashed to the point that it is now not just viewed as the least trusted source of news in Europe, it is the most right-wing and also the most biased. The vacuum has been replaced by social media. And yet, according to the YouGov-Cambridge Globalism Project, Britons are less trusting of news and adverts posted on social media that anywhere in the democratic West.

To make matters worse, trust in the four central institutions that support society, that of – government, business, media and NGO’s – has taken a dramatic dive in recent years, the consequence of which, the general public are now immersed in stories of fake news and misinformation. And they know it.

For organisations looking to advertise, finding the correct medium is not just about ensuring that the audience matches their potential buyers but that those buyers also have a very high level of trust that reflects their own values. If so, they are far more likely to look at that product or brand.

Our readers, living in a world where trust is severely lacking are incredibly loyal, which means adverts on TruePublica are more likely to be absorbed and therefore trusting of that brand, and taken more seriously than other adverts in some of the more mainstream outlets we could mention.

Of course, our reach is not like some of the nationals, however, the cost is is not the same but the impact more lasting. 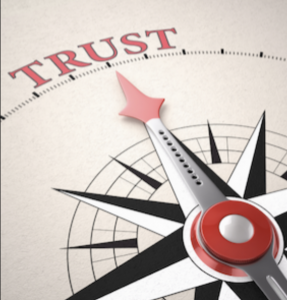 Our Domain Authority, and Page Authority – a system that predicts how well a website will rank on search engine result pages is in the highest rating category, and our email opening rate is in the very highest categories of all industries. TruePublica’s website Trust Score is 100%

Around 77 per cent of our readers are from the UK with 10 per cent from the USA and the rest mainly from Europe. Our unique visitors are 62/38 per cent male/female with a very interesting and well-defined set of interests. The vast majority are in well-paid work, with interests in finance, travel, hotels and accommodation. They are green enthusiasts, entertainment and book lovers.

We have some impressive individuals that cite TruePublica in political policymaking, with some at the heart of government, and those interested or directly involved in political campaigns and elections.

As one of the top independent news and media sources in the UK, TruePublica is known to have some political influence being a trusted source of information.

Please note – we are not interested in advertising for organisations that are unethical or would misdirect or misinform our readers in any way and we do not publish ‘guest’ posts.

At a time when reporting the truth is critical, your support is essential in protecting it more than ever. Only one-third of the British public trust the mainstream press. The press is almost exclusively owned by off-shore billionaires with an agenda. They have sponsors and advertisers with other corporate interests and overall, Britain now has the most extreme right-wing media in Europe.

TruePublica has been free to all readers since it started in 2015. It still is, but we want to continue to provide better content and of course, this costs money.  Recently we completely rebuilt the website. We now have a full archive, use an encrypted protocol to protect you the visitor and don’t harvest data to sell on. We believe in privacy. One project we would like to develop is an exclusive ‘opinion former’ using the strapline – “if it’s a matter of opinion, make yours matter” to assist readers in forming their own in a very fast-changing world. We would like exclusive points of view on current events that affect us all in the UK from some of the most respected independent journalists, writers and researchers – again this costs money. So, if you would like to help our cause of writing, publishing and aggregating the truth so you don’t have to – please consider donating, every penny helps – it really does. Most donations are £12 but if you would like to donate more than on the drop-down menu, please contact the editor.