The Top Ten Independent News Sources In The UK 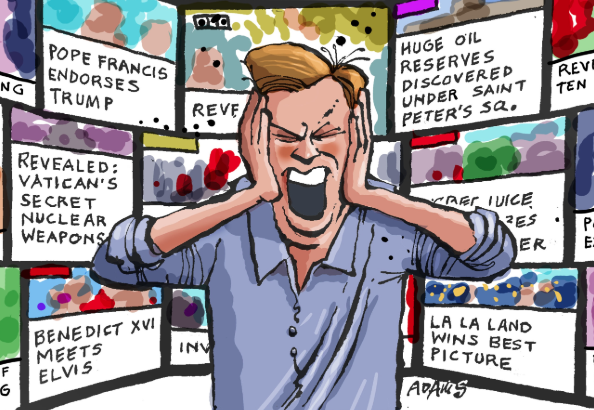 By TruePublica Editor: This article is about identifying the top independent news sources in the UK right now. With a government led climate of hostility towards oppositional voices, draconian libel laws and discernible censorship, a once vigorous environment of independent news in the UK has withered away in the last few years unlike in many other democratic countries. As for the corporate media, Britain is now known to be one of the worst countries in western Europe for overall press freedom. The fact that we live in a ‘post-truth world’ – trust in traditional sources of news has also collapsed and it’s not difficult to understand why.

In an article entitled “Alternative news sites waging guerrilla war on BBC,” in The Guardian last September, the BBC’s political editor Nick Robinson said “ALL alternative websites shared a certainty fuelled by living in a social media bubble that reporters and presenters at the BBC and other mainstream media organisations were at best craven – obeying some dictat from our bosses or the government – and at worst nakedly biased”. This sweeping and generalised statement about independent news sources comes directly from a senior representative of the false mouthpiece of the establishment media and is evidence of a mindset that has led to their demise.

Robinson went on to bemoan the situation. Clearly, The Guardian agreed. He argued that trust in the UK media was declining and blamed this on the “the increased use – particularly by the most committed and most partisan – of social media and alternatives to what they call the MSM, or the mainstream media.”

From there the article descended into semantics and picked on some oppositional views to the mainstream narrative that were lacking in journalistic credibility. Of course, we could all find that in the corporate and mainstream media. One only has to look at say, the slavish, collective and unquestioning approach they gave for the case of attacking Iraq, Libya and Syria. None of those countries posed any threat to the United Kingdom and we did not help anyone for ‘humanitarian’ reasons as we were all told. Millions died – many more than we were informed about, even to this day the real body count has been swept under the carpet. The invasion of Iraq was notably one of the greatest journalistic travesties of our time – and Nick Robinson was one of the worst cheerleaders for the Blair government of the day.

The annual Edelman Trust Barometer has spelt out for Nick what has gone wrong. According to the report; “half of the respondents to their extensive survey said they consume mainstream media less than once a week. Six out of ten feel news organisations are more focused on attracting large audiences than reporting the story, breaking news over communicating with accuracy and supporting a political position over informing the public. Nearly one in two see them as elitist.  Two-thirds agree that the average person can’t distinguish good journalism from rumour.”

In others words Nick – ordinary people don’t trust you or the corporate/mainstream media because they believe you exist for click-baiting the public with political bias on behalf of a tiny elitist group and most can’t tell anymore whether you’re lying or not – so they don’t bother.

So, based on that I’ve spent a few hours researching the top independent news sources in the UK as an alternative to Nick and his ‘MSM’ – as he puts it.

To be as fair as possible I’ve used certain criteria to reach these results.

First, I’ve stayed away from the obvious tin-foil hat brigade.  Then, the organisation should be British based, fully independent of corporate or political funding, must provide general news (i.e. not just music, fashion or local news, etc) and the final yardstick is the total number of visitors to its website over the last three month period. For the latter, I have used Similarweb analytics and market intelligence to numerically place each website and have no personal bias over placements. (full disclosure – TruePublica is in the top ten – obviously). I have not included any personal blogs (but will do list list another time).

We can exclude news outlets like OpenDemocracy and The Bureau of Investigative Journalism because both have an income of well over £1million a year, most of which comes from grants and donations from corporations such as Google, Facebook, George Soros’ Open Society Foundation, the government/s and the like. Even FullFact gets funding from similar sources – so these cannot really be called truly ‘independent’ – no matter what they say.

In my opinion, the top fully independent news websites by the above criteria in Britain are:

Although it is not possible to compare these top ten fully independent news sources and alternative news outlets to that of the corporate media – it should not be forgotten that between them, combined, well over 4 million visitors access them each and every month.

The Top Ten Independent News Sources In The UK – 2020

Propaganda: Which political party is this then?