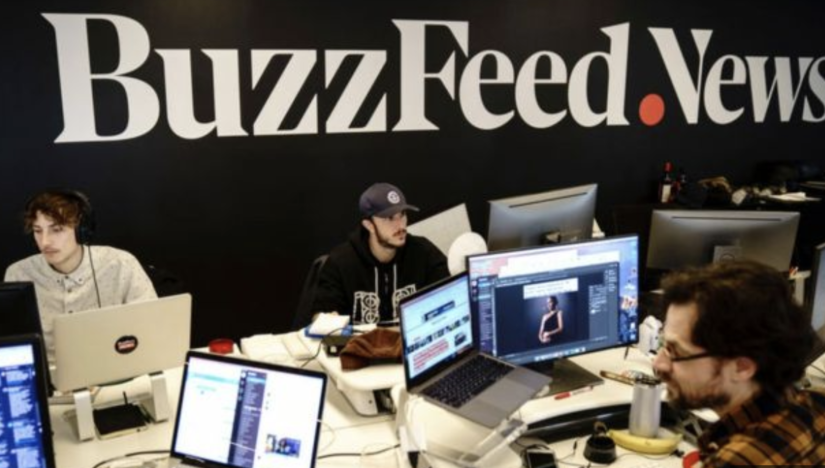 There are a number of problems in mainstream media today. Leaving aside the rank level of extremism, fake news and conspiracy nonsense spewed out by the likes of the Express, The Sun and Daily Mail, real journalism itself is under a very real threat by the American tech giants.

Without investigations, journalists and editors holding the powerful to account you have no free speech and without that, you have no democracy. In the last few years, mainstream journalism has brought us news of corporate and government corruption on a scale we have never seen before and it continues to this day.

For years now, Tech giants like Google and Facebook have been effectively stealing the news. They take popular stories and push them into their own news feeds, depriving the source of visitors and therefore advertising revenue to the original source. Their algorithms are fast-changing and only they really know what they are doing. One day, visitor numbers are high and without explanation, they crash, meaning that without paying for placement, visibility of a news source dramatically reduces.

They hold independent news outlets like TruePublica to ransom – pay up or lose ranking. We choose to encourage our readers to share content and pay none of them.

Here is an abridged version of an article by the Press Gazette about how Buzzfeed News went from rising star to crashing and burning – because of the tech giants.

From listicles to Pulitzers: Buzzfeed became a UK news powerhouse, but was brought down by Google and Facebook

Within a decade, Buzzfeed News has seen its star rise and fall. Once thought to be the new model for journalism in the digital age, cutbacks have now wiped out its UK and Australian newsrooms.

Buzzfeed first launched in the US in 2006 as a venture-backed media start-up under founder and chief executive Jonah Peretti, an MIT graduate who also co-founded the Huffington Post (now Huffpost).

Desktop was still king when Buzzfeed started publishing in November that year, the iPhone was still a couple of years off revolutionising mobile and Facebook and Google had yet to fully dominate as the Duopoly.

It offered a fresh approach to content, covering quirky pop culture and politics stories with a light and irreverent tone that was a good fit for the internet.

Buzzfeed developed its own style of content, becoming well-known for odd-numbered “listicles” – a portmanteau of articles and lists – memes, quizzes and pictures of cats that entertained its readers.

But in 2012 it got serious about its journalism and launched a news arm in the US, Buzzfeed News, ahead of the presidential election that year which ultimately saw Barack Obama return to the White House.

Ben Smith was brought in as editor-in-chief to oversee the news operation. A year later, it expanded to the UK and the year after that Australia.

Within a couple of years of setting up a news operation in the UK, Buzzfeed News went on a big-money hiring spree, bringing in top talent including the Guardian’s Janine Gibson as editor and the Sunday Times’ Heidi Blake as UK investigations editor.

The UK investigation team’s From Russia With Blood investigation, which uncovered mysterious deaths allegedly linked to Russia in the UK, earned them a Pulitzer Prize nod in 2018.

Blake told Press Gazette shortly afterwards that Buzzfeed was in a “really strong position” and a “major force in global news”. She rose to global investigations editor and is currently on sabbatical. Gibson is now at the FT.

In the US, Buzzfeed made a name for itself with its political coverage and famously chose to publish in full the so-called “dirty dossier” on Donald Trump shortly after he was elected president, despite it being unverified.

Defending the decision at the time, Smith said: “Once it emerges, as it did last night in the public conversation, that there is this secret document full of dark allegations that we won’t reveal to you. Then, in this era, you really have to show to your readers what that is in an appropriate context.”

But it was unable to compete with the likes of Facebook and Google, who take the lion’s share of advertising money in the US and UK, even as ad spend in digital has continued to grow.

It has also been blown about in the wind of algorithm changes brought about by the two tech giants, impacting its reach online.

Peretti has previously hit out at Facebook for not paying publishers for content on its News Feed and warned the two tech giants face regulation if they don’t do more to support news.

He said in an interview last year that Buzzfeed is still not “making enough from the platforms to sustain our investment in content”.

The UK team has faced two deep tranches of cuts in recent years. In 2018 some 23 journalists were axed, prompting an exodus of talent and a battle for union recognition. It also began asking for reader donations.

Despite the upheaval, Buzzfeed UK continued to win awards for its work, including British Journalism Awards that same year for LGBT editor Patrick Strudwick and New Journalist of the Year for Richard Holmes.

In January last year, the axe fell a second time, halving the UK newsroom to about 20 journalists as Buzzfeed culled 15 per cent of its global workforce.

Peretti said at the time the move would allow the group to “reduce our costs and improve our operating model so we can thrive and control our own destiny”.

Buzzfeed News continues to publish in the US, but the media company closed its UK and Australian news operations this week, accelerated by the downturn caused by the coronavirus.

Buzzfeed’s failures are a sharp reminder of the challenging economic climate facing news publishers at the moment, with the Duopoly dominating the digital ad market as audiences shift online.

Press Gazette continues to call for Facebook and Google to pay more back to news publishers and stop destroying journalism.