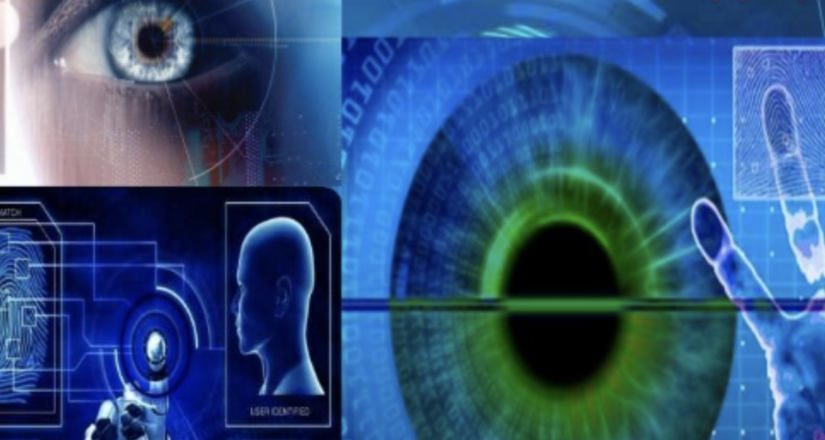 By TruePublica: There was a time when most of us thought the primary duty of our government was to protect us. Its job is to ensure we remain safe from all sorts of evils, especially those from outside our own borders. Today, they are the biggest threat to you and your family.

The government is far more likely to lose extremely sensitive data or to be hacked that then allows criminals easy methods of accessing even more information to be used against us. Theft from bank accounts, credit cards, identity theft and so on is still on the increase and in large part, you can blame the government for willful neglect and forcing backdoors to encrypted security systems that then subsequently fail. The government is also completely indifferent when it comes to legislating in the public interest against big tech or punishing those organisations that abuse our data.

To combat this devastating abuse of our privacy and data, some private companies are attempting to keep them (the government) and criminals out with ever more sophisticated methods of security. However, what comes next just makes it even worse.

Quite soon, every time you pick up your smartphone, you may be handing over crucial data on your identity.

Companies are now looking at using sensitive biometric data to replace passwords, which includes fingerprints, facial recognition, the way you type or the way you hold your phone.

The latest biometric technology means the simple act of holding your device or the speed at which you type out messages is enough to identify you online.

Now, companies in the UK are hoping such technology could replace the humble password and improve what they think is enhanced security – but it will come at a cost.

Veridium, a UK-headquartered business, already offers employees and users the ability to forget passwords forever by monitoring the use of your phone, your fingerprint ID, and the way you type or hold your device.

“Enterprises and organisations have woken up to the fact that there is the potential to replace passwords,” Veridium chief revenue officer Jason Tooley says.

But the reality of the world of biometric scanning is far more advanced than you might think – and there’s very little you or I can do about it. You either engage in the world or become a hermit. I say this because, very soon, your body will become your passport – literally. And when that happens, the technology used to identify us will become ubiquitous. The trouble is, can you imagine Google, Facebook or the government having the same data that can act as your passport?

Retina and iris scans, and special cameras that identify you by your posture and gait, will soon replace the classic booklet bearing your bad hair day picture and your nationality. In many airports and security areas, a varying degree of scanners and biometric data are already in use.

Gambling companies top the list of donors to Tory MP’s. Somehow, we are supposed to believe that the government by some ‘accident’ gave away the private contact details of a completely untapped market of 28 million students.

The real problem is trusting the government with your data. On the one hand you can’t trust them, on the other – you have no choice.

The government has a long history of abusing its position for its own gain. Take for example the latest of a string of scandals – where betting companies have been given access to an educational database containing names, ages and addresses of 28 million children and students in one of the biggest breaches of government data. And don’t forget this wasn’t a hack or a lost database either.

Gambling companies top the list of donors to Tory MP’s. Somehow, we are supposed to believe that the government by some ‘accident’ gave away the private contact details of a completely untapped market of 28 million youngsters – students.

Our own government is fully implicated in the abuse of this sensitive data loss that has directly gone on to help increase the proportion of young people who gamble online. The database contains details of children age 14 and above in state schools, private schools and colleges in England, Wales and Northern Ireland. And who knows what has happened to that data now the gambling companies have it. An ‘investigation’ is underway as to how this could possibly have happened! And you won’t hear anything about that again in the mainstream media. But what this incident shows is that with any private data – the very last place you can trust it with is those who decide how we should lead our lives.

Various governments around the world have a growing preference for biometric data at border crossings which now represents an alarming, opaque change in how they use — and possibly abuse — your personal data.

And the abuse in the Western world is at its worst in the UK. The British state now has access to everything from ‘compromising images‘ of you to what you do with your money and everything in between.

As data has become ever more abundant and available, the authorities, especially in Britain have turned to data mining. Governments around the world are already assigning “risk ratings” to people routinely, flagging them as potential terrorists or undocumented immigrants. Now apply that to the latest misuse of state power when considering that anti-terror police in Britain now have a database on everyone involved in the activities of Extinction Rebellion – including children.

Extracts from leaked files as far back as 2016 show that these specialised police units have chronicled how Green politicians who had been speaking out about issues such as government cuts, the rise of the far-right and police violence, have been tracked, traced, surveilled and spied on as ‘extremists.’ At the time, the files the police kept on Green Party leader Caroline Lucas, stretched back over eight years. You can only imagine what information anti-terror police have on other law-abiding citizens. And it’s not as if the government itself knows nothing about this – they fund it.

Worse still is the continued use by government of artificial intelligence and algorithms. Their failure rate right now is staggering. And whilst the argument is always that AI will get more accurate how will it re-populate databases of corrupted information, data that is just plain wrong or data being deliberately manipulated. Algorithms in use by local authorities are wrong for all sorts of reasons. And what has recently emerged is by the nature of being artificial intelligence, they actually create their own biases.

To make matters worse, this process of identifying people through biometric data, already in use at border crossings is now moving into our everyday lives. For the rapidly growing digital security industry, the holy grail is the “360-degree view.” This is a data-driven model of an individual’s overall behaviour. Soon, biometrics will be used to help “predict threat-actors before they act.” This stuff is really dangerous. It is not far-fetched at all to think innocent people could be initially arrested for crimes they did not commit.

In places like China, a newly piloted “citizenship score” system that seeks to make risk profiles a daily part of life is being rolled out nationally. Those considered by the system to be loyal to the regime are rewarded with social “goods,” such as high-speed internet or expedited visas to travel. Those who do not behave the way the state expects risk having those services taken away, or worse, see their civil liberties, already tenuous as they are, further constrained.

Without debate or permission from the general public – data about millions of NHS patients has been sold to US and other international pharmaceutical companies for ‘research’ More recently, NHS chiefs have been holding closed meetings with giant US technology and pharmaceutical companies to consider how billions of pounds could be made from a central database of patient records. And any claims that data is fully anonymised is specious at best.

In Britain, the government has been found by the highest courts in the UK and EU to be breaking just about every law ever created on privacy. But only because of the actions of whistleblowers. And as we have witnessed right before our eyes, our own government illegally leveraged social media platforms and data technologies to amplify their own propaganda campaigns in order to get elected. Far from protecting us from private data breaches, online hate, misinformation and foreign state propaganda – our own government has encouraged it.

Mission creep is the problem and it is unlikely to stop. Don’t forget, with a fifteen-year-old, protesting with Extinction Rebellion, the government can exclude them from a career in the civil service, local authorities, within education or health. It’s called blacklisting – and it hasn’t gone anywhere even though it is completely illegal. It used to be a ‘conspiracy theory’ that the government was watching you. We’ve since found out they are recording our every move, abusing our most sensitive data, being secretive when scrutinised and on record for punishing people for behaving in a way they do not approve of.