UN Declares: “UK Has Weakest Oversight Of Surveillance In The Western World” (update) 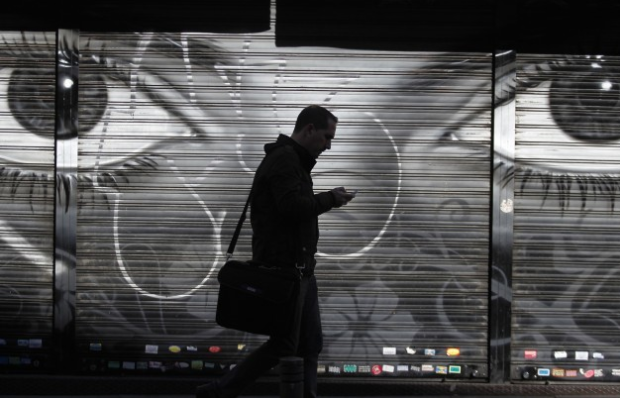 By TruePublica: This article was first published in August 2015. What is interesting here is how far ‘mission creep’ has enabled Britain to go further than ever before when it comes to the destruction of privacy. It has only just been revealed that the Five Eyes alliance (UK, USA, Aus, NZ and Can), dedicated to a global “collect-it-all” surveillance task, has issued what they like to term as a memorandum, demanding that tech companies build complete backdoor access for states to access users’ encrypted data or face measures that will force companies to comply.

The memo was very quietly released with no media coverage last week by the Australian Department of Home Affairs, which essentially demanded that tech providers “create customized solutions, tailored to their individual system architectures that are capable of meeting lawful access requirements.” In other words, let the state snoop on anything including encryption or you’re breaking the law. And to be absolutely precise on the matter, this is not a law – it’s a decree. That means the state will use bullying and intimidation and not the rule of law through the courts to get its way. The memo was reportedly released after ministers for the intelligence agencies of the Five Eyes nations met on Australia’s Gold Coast last week.

As for the reasons why privacy is so important – well just look at the dreadful record of the UK government with data. (This single list shows government agencies lost the private details of over 30 million individuals – in 30 incidents, many containing highly sensitive and very personal information) used by hackers to intimidate, blackmail and thieve.

It’s truly shocking.  Add the fact that security experts of these backdoor access proposals have stated time and time again that there is no workable way to create a “secure backdoor” that would not be vulnerable by hackers and the government then becomes your enemy.

Back in June, Theresa May was voted “villain of the year” by a collective of UK internet service providers (the ISPA). The reason? The Investigatory Powers Bill, rebranded by detractors as the “Snooper’s Charter”, which May hopes to pass before the autumn, and which the ISPA says has not been subject to full industry consultation.

Two British lawmakers took the legal challenge because they believed the Data Retention and Investigatory Powers Act 2014 was “incompatible” with the public’s right to a private life.

The government said the legislation gave them “critical capabilities to fight crime and protect the public” — it was introduced months after the European Court of Justice criticised previous measures.

The High Court ruled that parts of the act are not consistent with EU law because it “does not lay down clear and precise rules providing for access to and use of communications data.”

And, just a few days ago, UN Special Rapporteur on Privacy Joseph Cannataci has described Britain’s oversight of surveillance as a “bad joke” and said the situation is worse than anything author George Orwell imagined in his dystopian novel “Nineteen Eighty-Four.”

Cannataci said the UK has the weakest oversight of surveillance in the western world. He called for a Geneva Convention-style law for the internet to safeguard privacy and combat the threat of digital surveillance.

Cannataci singled out the UK over even the US as the worst country in the west for regulating state surveillance. He said: “That is precisely one of the problems we have to tackle. That if your oversight mechanism’s a joke, and a rather bad joke at its citizens’ expense, for how long can you laugh it off as a joke?”

Cannataci, who is also head of the department of Information Policy & Governance at the University of Malta, said effective oversight is the only way of progressing on the surveillance issue and hopes more British people will consider it when voting.

“And that is where the political process comes in,” he said.

“Because can you laugh off the economy and the National Health Service? Not in the UK election, if you want to survive.”

The privacy chief went on to say Britain’s current state of mass surveillance is “worse” than that depicted in Orwell’s Nineteen Eighty-Four.

“Because if you look at CCTV alone, at least Winston Smith in Orwell’s novel was able to go out in the countryside and go under a tree and expect there wouldn’t be any screen, as it was called.

“Whereas today there are many parts of the English countryside where there are more cameras than George Orwell could ever have imagined. So the situation in some cases is far worse already.”

Cannataci went on to express how valuable NSA whistleblower Edward Snowden’s revelations of mass surveillance were.

“They were very important,” he said. “Snowden will continue to be looked upon as a traitor by some and a hero by others. But in actual fact, his revelations confirmed to many of us who have been working in this field for a long time what has been going on, and the extent to which it has gone out of control.”