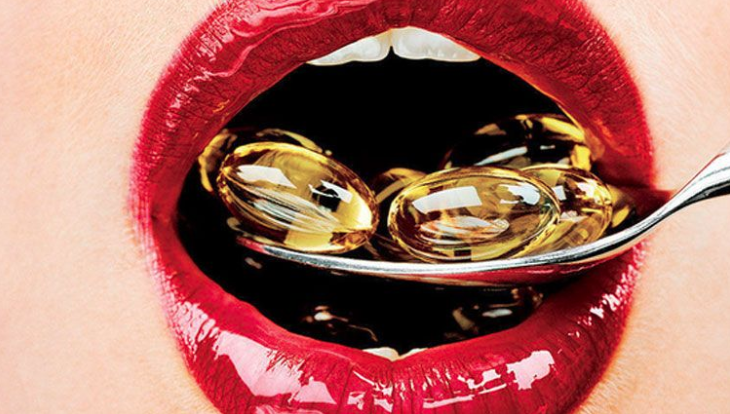 One of the big problems in America is its healthcare system. It’s a massive failure on every measure.

According to the Commonwealth Fund, which regularly ranks the health systems of a handful of developed countries, the best countries for health care are the United Kingdom, the Netherlands, and Australia – in that order. And, it’s not hard to guess the very worst performer. Even though it spends by far the most both per head and nationally, the United States healthcare system is a disaster and has been consistently measured as such for the last 20 years or so.

The lack of insurance cover, administrative administration, under-performing primary care are the main reasons for its failure.

One other negative outturn of this system is corruption.

The New York Times highlights this is its article entitled – Vitamin D, the Sunshine Supplement, Has Shadowy Money Behind It

The doctor most responsible for creating this billion-dollar juggernaut has received hundreds of thousands of dollars from the vitamin D industry. The first two paragraphs explain in detail what you are about to read.

Dr Michael Holick’s enthusiasm for vitamin D can be fairly described as extreme. The Boston University endocrinologist, who perhaps more than anyone else is responsible for creating a billion-dollar vitamin D sales and testing juggernaut, elevates his own levels of the stuff with supplements and fortified milk. He has written book-length odes to vitamin D, and has warned in multiple scholarly articles about a “vitamin D deficiency pandemic” that explains disease and suboptimal health across the world.

His fixation is so intense that it extends to the dinosaurs. What if the real problem with that asteroid 65 million years ago wasn’t a lack of food, but the weak bones that follow a lack of sunlight? “I sometimes wonder,” Dr Holick has written, “did the dinosaurs die of rickets and osteomalacia?”

The article goes on to say that Dr. Holick’s role in drafting national vitamin D guidelines have helped push supplement sales to $936 million in 2017. That’s a ninefold increase over the previous decade. Lab tests for vitamin D deficiency have spiked, too: Doctors ordered more than 10 million for Medicare patients in 2016, up 547 per cent since 2007.

This is a story where millions swept up in the vitamin D craze are likely never aware that the industry has sent a lot of money in the direction of Dr. Holick. A Kaiser Health News investigation for The New York Times found that he has used his prominent position in the medical community to promote practices that financially benefit corporations that have given him hundreds of thousands of dollars — including drug makers, the indoor tanning industry and one of the country’s largest commercial labs.

No-one stopped him or the corporations involved. The drug manufacturers are complicit with many others. And yet, a scandal that has conned hundreds of millions across the world sees not one single individual legally liable or even investigated.

A group of independent scientific experts issued a comprehensive, 1,132-page report on vitamin D deficiency. It concluded that the vast majority of Americans get plenty of the hormone naturally, and advised doctors to test only patients at high risk of certain disorders, such as osteoporosis. But did anyone hear them? Why was the mainstream media silent?

If you take a vitamin D supplement in some form, you’ll be doing so probably because of what you have read somewhere, maybe, from multiple sources. This is where the story goes wrong for all of us.

This article in the New York Times was in fact funded by Kaiser Health News. This is in turn funded by the Kaiser Health Foundation – a nonprofit organization focusing on national health issues. KHF was, in 1985, part of Kaiser Permanente, an American integrated managed care consortium. It sells health insurance, owns hospitals and is the largest managed care organization in the United States.

At this point, it would be prudent to say that we are not suggesting that Kaiser Health News, or its past associations, in all its forms as a business, has a vested interest in reducing the half a billion dollar a year vitamin D lab testing bills.  Or for that matter that it might also want the healthcare insurance business in general to reduce its billion-dollar cost of vitamin D being widely prescribed by doctors. KHN does say that it is completely independent of Kaiser Permanente. Who knows.

Perhaps a salient point to make here is that even Wikipedia says: “Kaiser has had disputes with its employees’ unions, repeatedly faced civil and criminal charges for falsification of records and patient dumping, faced action by regulators over the quality of care it provided, especially to patients with mental health issues, and has faced criticism from activists and action from regulators over the size of its cash reserves.”

Believe it or not, Kaiser is ranked as one of the best healthcare providers in the USA.

The point we are making is that you can’t tell who is telling the truth in the vitamin D story. The article itself was sponsored by KHN – did it pay the New York Times to publish it? We Don’t know.

The article in the NYT goes on to say that there’s no evidence that people with the higher level of vitamen D are any healthier than those with the lower level. They quote a Dr. Clifford Rosen, a senior scientist at the Maine Medical Center Research Institute and co-author of the National Academy report. Using the Endocrine Society’s higher standard creates the appearance of an epidemic, he said, because it labels 80 percent of Americans as having inadequate vitamin D. “We see people being tested all the time and being treated based on a lot of wishful thinking, that you can take a supplement to be healthier,” Dr. Rosen said.

One wonders about other supplements.

Confused? This is why just about everyone no longer trusts anything today. The conflict of interest is everywhere, we are surrounded by it and it pervades every inch of our lives one way or another.

We don’t have any definitive answers for you on this subject – only that you should always be on your guard that what seems like the most trusted source of information can sometimes be the worst and it’s depressing finding out you’ve been conned in such a way, especially on health matters.

Don’t forget, it’s these very organisations that want access to Britain’s national health care system post-Brexit – and that would be a disaster for everyone our side of the pond.