Postcards from the Economic Edge – Postcard 5 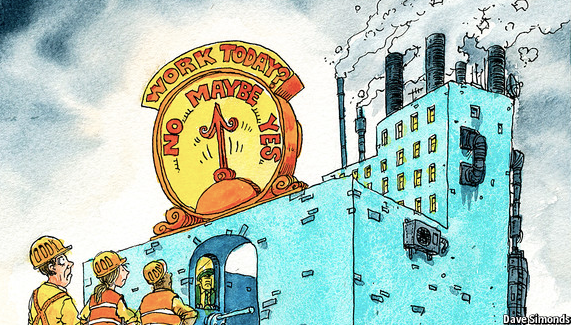 Minimum Wage is a Good Thing

We are all good people, aren’t we? Of course, we are.

We all think the minimum wage is a good thing, don’t we? Of course, we do.

Let’s share a secret that all those who work under minimum wage know, and those who came up with the policy also know but will never admit.

The minimum wage is a bad thing because instead of levelling up the wages of the least well-paid in our society, it has instead levelled down the wages of people by giving businesses a loophole to their self-serving actions.

Here is what one colleague, who like me is working for one, says how the minimum wage has worked in practice, “Working as a Part-Time Warehouseman in the mid-90’s, I was earning £9ph with the option of working plenty of extra hours. * Working on Sunday meant being paid time-and-a-half with double time on bank holidays. We were given access to company pension and benefits such sick pay, paid leave etc. And you had access to all company facilities and benefits enjoyed by full timers. Working atmosphere was completely inclusive which created a working environment where people cared more about their colleagues and work standards. With the introduction of the minimum wage, all the above has disappeared, standards have eroded, and worker rights and commitment have drastically been affected.” **

The minimum wage has been used by corporates to give up their responsibility for their workers, lower wages and hide behind a legal mechanism. It has allowed our elected representatives to do the same.

New research from KPMG has shown the grim reality that there are still 5.5 million jobs across the UK that are paying less than the real living wage; that’s one in five workers struggling with a life on low pay. More than two thirds of children in poverty have at least one parent that is in work.

The so-called Living Wage is the same canard. In London, £10-11ph is like giving a thirsty man a drink one drop at a time.

A minimum wage should be an anathema to a civic society not held up as a beacon of hope for the least well off when its main purpose is to help corporations pay them less.

More importantly, in a civic society there should be no need for it. Its imposition and existence reveal how far we are from functioning as one.

*Another not a good week. Wage from a 5-day week with three absent hours when we were sent home early means most of us got less than £200 in hand and as we were unable to avoid paying tax on it we could do little to increase it.

**He was working for a UK blue chip high street brand which is still a major player.