Postcards From The Economic Edge – Postcard One 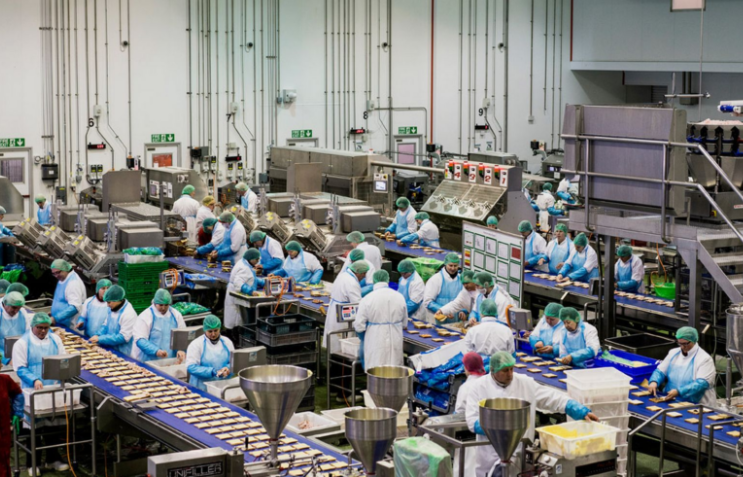 “Wages are lower now in real terms than they were in 2007, after the slowest decade of wage growth in Britain in over two hundred years.” Ian Blackford, SNP Westminster Leader (Fact-checked HERE)

“The UK has suffered the biggest drop in average real wages of any OECD country except depression-wracked Greece, according to analysis published by the London School of Economics.” (Report)

According to the chief economist of the Bank of England, Andy Haldane, the emergence of the so-called gig economy, now looks quite a lot more like pre-Industrial Britain than the tech paradise glorified by the likes of Amazon, Uber and what is now an underlying feature of some of the world’s largest corporations as worker exploitation goes into overdrive.

Frank Field MP’s recent report demanded ‘emergency government intervention’ to protect self-employed workers from exploitation, which will undoubtedly fall upon deaf ears. With the modern gig-economy came an entirely new classification of terms to represent economically overburdened workers such as; “JAM’s” (Just About Managing), “poverty pay” and ‘in-work poverty.” As if further proof were needed new research finds that a record 60% of British people in poverty live in a household where someone is in work.

A founding member of the rapidly emerging Civic Alliance Party decided to personally the test veracity of the statements made above and create a blog post of experiences as seen through the eyes of an average worker in Britain’s expanding exploitation economy or ‘gig-economy’.

This is first of a series of blogs written from inside the new economic world occupied by British, and foreign (predominantly East European) workers, in the ‘gig economy’ which is where most of the jobs the government boasts about are created and exist.

As a founding member of the Civic Alliance Party, with a professional background, it was important to see and understand the everyday working reality and lives of our fellow citizens if we are to bring about real change, so I decided to find out by becoming a ‘gig worker’.

This blog is written Anonymously to protect myself, my fellow workers and the companies (both the huge corporate and the Agency that supplies the ‘gig’ staff) that we are working for.

There is another very good reason for this approach. It stops us demonising individual organisations because the issues are systemic and can only be dealt with on that basis.

Getting a job through the agency was easy.

I walked into the recruitment agency with proof of ID and NI details, told the lady I was willing to work any shift (failure to do so will mean you are not offered any work), anywhere, did a basic language and maths test, signed up (the whole process took 15 minutes) and I was ready to work at just a few pence above the minimum wage per hour.

And I have no guarantee of days and hours of work I will have, or even who with, from week to week, no pension rights, or any other basic rights including paid breaks during the working day, but I do have 28 days holidays a year (including Bank Holidays and Public Holidays) but I can be asked to work on any, or all, of those days, for no extra money beyond my fixed just-above minimum wage.

I was told to expect a call when work was available and I went home to wait.

I received a phone call a couple of hours later, was asked to go to the factory next day where I was given a sketchy two-hour induction focused on Health and Safety by agency staff (they have their own office within the building and their own machine for agency staff to clock in and out), provided with steel-toe boots and a high-vis vest.

I was now adjudged equipped to join my fellow workers on the factory floor for on-the-job training where I would find out the reality for us ‘gig workers’ but also the long-term permanent staff with whom we would be working.

From the Civic Alliance Party: “The UK Today – A country of growing inequality, stagnant or falling wages, a failing health and welfare system, declining education opportunities, unaffordable housing, increasing pollution, a deteriorating infrastructure and an unrepresentative political system. It is time for a fundamental re-think on how we ‘do’ politics to create a society suitable for our needs in the 21st Century. The necessary change required will not come from the existing mainstream parties (Cons, Lab, Lib, UKIP). They are the problem. They have created the world we are in.“