Why Do Some Men Rape? 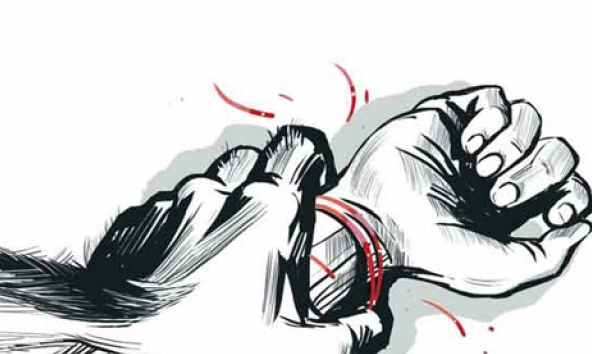 By Robert J. Burrowes – A recent report from Equality Now titled ‘The World’s Shame: The Global Rape Epidemic’ (http://www.equalitynow.org/campaigns/rape-laws-report) offered a series of recommendations for strengthened laws to deter and punish sexual violence against women and girls.

However, there is substantial evidence that legal approaches to dealing with violence in any context are ineffective. For example, the empirical evidence on threats of punishment (that is, violence) as deterrence and the infliction of punishment (that is, violence) as revenge reveals variable impact and context dependency, which is readily apparent through casual observation. There are simply too many different reasons why people break laws in different contexts. See, for example, ‘Crime Despite Punishment’. https://undark.org/article/deterrence-punishments-dont-reduce-crime/

Moreover, given the overwhelming evidence that violence is rampant in our world and that the violence of the legal system simply contributes to and reinforces this cycle of violence, it seems patently obvious that we would be better off identifying the cause of violence and then designing approaches to address this cause and its many symptoms effectively. And reallocating resources away from the legal and prison systems in support of approaches that actually work.

So why do some men rape?

All perpetrators of violence, including rapists, suffered enormous violence during their own childhoods. This violence will have usually included a great deal of ‘visible’ violence (that is, the overt physical violence that we all readily identify) but, more importantly, it will have included a great deal of ‘invisible’ and ‘utterly invisible’ violence as well: the violence perpetrated by adults against children that is not ordinarily perceived as violent. For a full explanation, see ‘Why Violence?’ http://tinyurl.com/whyviolence and ‘Fearless Psychology and Fearful Psychology: Principles and Practice’. http://anitamckone.wordpress.com/articles-2/fearless-and-fearful-psychology/

This violence inflicts enormous damage on a child’s Selfhood leaving them feeling terrified, self-hating and powerless, among other horrific feelings. However, because we do not allow children the emotional space to feel their emotional responses to our violence, these feelings of terror, self-hatred and powerlessness (among a multitude of others), become deeply embedded in the child’s unconscious and drive their behaviour without their conscious awareness that they are doing so.

So what is ‘invisible’ violence? It is the ‘little things’ we do every day, partly because we are just ‘too busy’. For example, when we do not allow time to listen to, and value, a child’s thoughts and feelings, the child learns to not listen to themSelf thus destroying their internal communication system. When we do not let a child say what they want (or ignore them when they do), the child develops communication and behavioural dysfunctionalities as they keep trying to meet their own needs (which, as a basic survival strategy, they are genetically programmed to do).

The fundamental outcome of being bombarded throughout their childhood by this ‘invisible’ violence is that the child is utterly overwhelmed by feelings of fear, pain, anger and sadness (among many others). However, parents, teachers and other adults also actively interfere with the expression of these feelings and the behavioural responses that are naturally generated by them and it is this ‘utterly invisible’ violence that explains why the dysfunctional behavioural outcomes actually occur.

However, once a child has been terrorized into suppressing their awareness of their feelings (rather than being allowed to have their feelings and to act on them) the child has also unconsciously suppressed their awareness of the reality that caused these feelings. This has many outcomes that are disastrous for the individual, for society and for nature because the individual will now easily suppress their awareness of the feelings that would tell them how to act most functionally in any given circumstance and they will progressively acquire a phenomenal variety of dysfunctional behaviours, including some that are violent towards themselves, others and/or the Earth.

So what is happening psychologically for the rapist when they commit the act of rape? In essence, they are projecting the (unconsciously suppressed) feelings of their own victimhood onto their rape victim. That is, their fear, self-hatred and powerlessness, for example, are projected onto the victim so that they can gain temporary relief from these feelings. Their fear, temporarily, is more deeply suppressed. Their self-hatred is projected as hatred of their victim. Their powerlessness is temporarily relieved by a sense of being in control, which they were never allowed to be, and feel, as a child. And similarly with their other suppressed feelings. For example, a rapist might blame their victim for their dress: a sure sign that the rapist was endlessly, and unjustly, blamed as a child and is (unconsciously) angry about that.

The central point in understanding violence is that it is psychological in origin and hence any effective response must enable the suppressed feelings (which will include enormous rage at the violence they suffered) to be safely expressed. For an explanation of what is required, see ‘Nisteling: The Art of Deep Listening’ which is referenced in ‘My Promise to Children’. https://nonviolentstrategy.wordpress.com/strategywheel/constructive-program/my-promise-to-children/

The legal system is simply a socially endorsed structure of violence and it uses violence, euphemistically labeled ‘punishment’, in a perverse attempt to terrorise people into controlling their behaviours or being treated violently in revenge by the courts if they do not. This approach is breathtakingly ignorant and unsophisticated in the extreme and a measure of how far we are from responding powerfully to the pervasive problem of violence in our world. See ‘The Rule of Law: Unjust and Violent’ http://www.informationclearinghouse.info/article35866.htm and ‘Punishment is Violent and Counterproductive’. http://www.yeoldejournalist.com/punishment-is-violent/

So what are we to do?

Well we can continue to lament violence against women (just as some lament other manifestations of violence such as war, exploitation and destruction of the environment, for example) and use the legal system to reinforce the cycle of violence by inflicting more violence as ‘punishment’.

Or we can each, personally, address the underlying cause of all violence.

If you wish to participate in the worldwide effort to end human violence, you might like to make ‘My Promise to Children’ outlined in the article cited above and to sign the online pledge of ‘The People’s Charter to Create a Nonviolent World’. http://thepeoplesnonviolencecharter.wordpress.com

You might also support initiatives to devote considerable societal resources to providing high-quality emotional support (by those expert at nisteling) to those who survive rape. This support cannot be provided by a psychiatrist. See ‘Defeating the Violence of Psychiatry’. http://warisacrime.org/content/defeating-violence-psychiatry Nisteling will enable those who have suffered from trauma to heal fully and completely, but it will take time.

Importantly, the rapist needs this emotional support too. They have a long and painful childhood from which they need a great deal of help to recover. It is this healing that will enable them to accurately identify the perpetrators of the violence they suffered and about whom they have so many suppressed (and now projected) feelings which need to be felt and safely expressed.

You need a lot of empathy and the capacity to nistel to address violence in this context meaningfully and effectively. You also need it to raise compassionate and powerful children in the first place.

Robert J. Burrowes has a lifetime commitment to understanding and ending human violence. He has done extensive research since 1966 in an effort to understand why human beings are violent and has been a nonviolent activist since 1981. He is the author of ‘Why Violence?’ http://tinyurl.com/whyviolence His email address is flametree@riseup.net and his website is here. http://robertjburrowes.wordpress.com

Why Fear and Self-hatred Destroy Human Sharing and Solidarity

Burrowes: Violence Against Women: Why the UN Secretary-General Got it Wrong

A Nonviolent Strategy to End Violence and Avert Human Extinction

The Psychology of Mass Killers: What causes it? How can you prevent it?