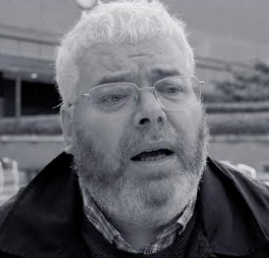 Chris Cole is a former Director of the Fellowship of Reconciliation and co-ordinator of Campaign Against Arms Trade (CAAT). For the past four years, Chris has been researching and campaigning on the issue of armed drones. He is a co-author of Convenient Killing: Armed Drones and the Playstation Mentality (2010), secretary of the Drones Campaign Network and maintains the internationally respected Drone Wars UK website (www.dronewars.net).   Chris regularly speaks to conferences, public meetings and the media on drones and the growth of remote warfare.

Drone Wars UK provides information and comment on the growing use of armed drones. As we are based in the UK we focus on the use of British drones but also include information about armed drones in general.

Chris has also been imprisoned a number of times for nonviolent direct action against war and war preparations. He lives with his wife, Virginia, and their three children in Oxford.