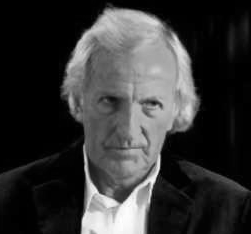 John Pilger became chief foreign correspondent and reported from all over the world, covering numerous wars, notably Vietnam. He became the youngest journalist to receive Britain’s highest award for journalism and was the first to win it twice. Moving to the US, he marched with America’s poor from Alabama to Washington, following the assassination of Martin Luther King. He was in the same room when Robert Kennedy, the presidential candidate, was assassinated in June 1968.

His work in South East Asia and world exclusive dispatches from Cambodia in the aftermath of Pol Pot’s reign was iconic. He has won an Emmy and a BAFTA for his documentaries, which have also won numerous US and European awards, such as the Royal Television Society’s Best Documentary.

His articles appear worldwide in newspapers such as the Guardian, the Independent, the New York Times and the Los Angeles Times. He writes a regular column for the New Statesman, London.