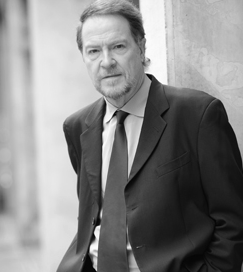 John Whitehead is an attorney and author who has written, debated and practiced widely in the area of constitutional law and human rights in the USA. Whitehead’s concern for the persecuted and oppressed led him, in 1982, to establish The Rutherford Institute, a nonprofit civil liberties and human rights organization whose international headquarters are located in Charlottesville, Virginia. Whitehead serves as the Institute’s president and spokesperson, in addition to writing a weekly commentary that is posted on The Rutherford Institute’s website (www.rutherford.org), as well being distributed to several hundred newspapers, and hosting a national public service radio campaign. Whitehead’s aggressive, pioneering approach to civil liberties issues has earned him numerous accolades, including the Hungarian Medal of Freedom. Articles by Whitehead have been printed in the New York Times, Los Angeles Times, the Washington Post and USA Today, among others.