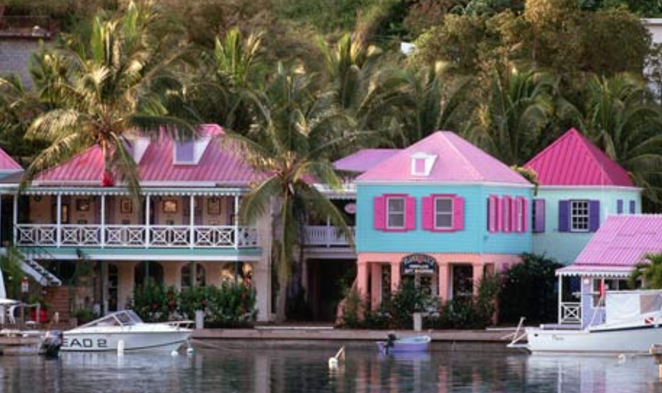 By Graham Vanbergen: The EU has just published its list of non-cooperative jurisdictions for tax purposes. The list names just 17 countries. A further ‘grey-list’ of 47 countries has also been announced. These are countries which do not meet European Standards on tax and transparency, but have committed to improve. This is a politically motivated list and bears little resemblance to reality, proving that the EU is indeed an organisation of checks and balances – the corporations and crooked businessmen make out cheques, and the politicians and other compromised officials improve their bank balances.

Reading the 17 countries on the European list makes the more informed amongst us choke on the morning cornflakes because they are no less than; American Samoa, Bahrain, Barbados, Grenada, Guam, South Korea, Macau, the Marshall Islands, Mongolia, Namibia, Palau, Panama, St Lucia, Samoa, Trinidad & Tobago, Tunisia and the UAE.

Notice any omissions? Like EU countries and UK jurisdictions known to be listed as the highest risk to money laundering, tax evasion and the management of illicit cash in places like: Switzerland, Luxembourg, Ireland, Austria, Belgium and Cyprus. Of course, you can’t really talk about money laundering without mentioning Her Majesties British Crown Dependencies and Overseas Territories, of which, there are many such as Gibraltar, Isle of Man and Jersey to name just three.

Research published by the Tax Justice Network on the EU list found that 41 countries should be on the blacklist according to the EU’s own criteria. That research can be found here: http://datafortaxjustice.net/paradiselost/

It is not known how much is stashed away in tax havens across the world as by its very nature, secrecy is the name of the game. As far back as 2012, Reuters published a report that accused rich individuals and their families as having as much as $32 trillion of hidden financial assets in offshore tax havens. This report did not include the tens of trillions stashed by corporations. That estimate is thought to be over $20 trillion, ensuring that the inequality divide that has come about through extreme neoliberal capitalism that continues to drive a wedge straight through the heart of civil society the world over.

Money due to national treasuries, lost to tax avoidance by multinational companies is thought to be $500 billion a year, but I would tend to suggest that this figure is very conservative at best. These multinational companies are, by their nature, household names such as Apple, Google, Facebook. But the situation is in fact much worse than that of first glance when just looking at Britain’s top corporations alone.

For instance, Research has found that 98 of the 100 companies in the FTSE 100 – the hundred biggest publicly listed UK corporations – had subsidiaries, associates, or joint ventures in countries defined as tax havens. In fact, the UK’s biggest public companies also have more than 8,000 subsidiaries or joint ventures in tax havens. These include well-known offshore tax havens, such as the British Virgin Islands and the Cayman Islands. Indeed, none of the biggest British Crown Dependencies and Overseas Territories are mentioned, which are well known to be laundering and stashing something in the order of one quarter of the world’s illicit cash.

Needless to say, the very worst offenders in this elite list of tax haven chicanery are the banks in Britain, who between just four corporations have over 547 listings in tax havens. Updated research (of all the British corporations with tax haven listings) by development charity ActionAid can be seen HERE.

So whilst British corporations and foreign billionaires bask in the glory of unending austerity, a massively ramped up programme of selling off of state assets to the lowest bidder, privatisation continues in the background to drive standards down and prices up. This ludicrous politically sponsored concoction of illegality allows the most powerful and wealthy to continue to operate without making their fair contribution to the very society it attacks purely for profit – a bit like terminal bowel cancer. But that’s that neoliberal capitalism for you again – a self-defeating ideology designed for no-one but the few.

“The EU has today missed a great opportunity to tackle the real issues lying behind the large-scale tax avoidance and tax evasion that is bleeding EU countries dry.

“Rather than have a list of tax havens based on an objective set of criteria, as originally envisaged, the list appears to be a political fix with EU members picking their least favourite countries to name and shame. The result of the flawed blacklisting process is a politically led list, that includes only the economically weak and politically unconnected.

“While EU members like the Netherlands, Ireland and Luxembourg are the greatest procurers of global profit shifting but are excluded; and while the UK has sought to frustrate the blacklisting of its Crown Dependencies and Overseas Territories at every turn, the list is hard to take seriously.

“The public has had enough of governments saying they will do better. Real action is needed. It is completely pointless to have a blacklist with no sanctions. Tax avoiders, and the countries that sponsor them will all be letting out a sigh of relief today.”

(Image – Tortola, the capital of the British Virgin Islands, not listed in the EU tax haven blacklist but one of the global capitals of offshore finance and money laundering operations)