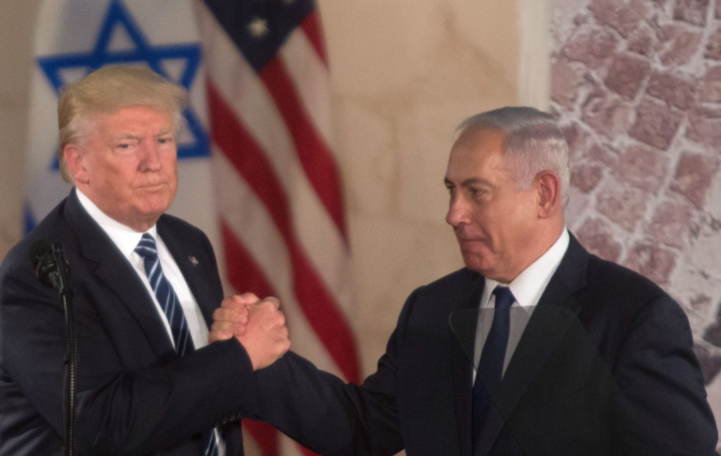 The United States peace initiative may be unveiled as soon as January, marking the first anniversary of Mr Trump’s arrival in office. Other reports suggest it may be delayed until March. But all seem sure it will be upon us soon.

Neither Israeli prime minister Benjamin Netanyahu nor Mahmoud Abbas, the Palestinian president, appear keen to enter another round of fruitless dialogue.

But for good reason, Mr Abbas is far more reticent.

This month, in statements presumably directed at Washington, he insisted he would not agree to a Palestinian state without Gaza, or one restricted to Gaza. He also warned again that, in the absence of a two-state solution, Israel would face demands from Palestinians for equal rights in one state.

That was presumably the context for Mr Abbas being called to Riyadh earlier this month, doubtless after the White House urged Saudi Arabia use its leverage with the Palestinian leader to bring him onside. According to Palestinian sources cited by Israeli reporter Ben Caspit, Mr Abbas was told in no uncertain terms that he had to respond positively to the coming peace initiative.

Strong-arming Mr Abbas was doubtless also the motive behind US threats at the weekend to shut down what is effectively the Palestinians’ embassy in Washington – unless the Palestinian leader agrees to peace talks.

Outrage from Palestinian officials, who referred to the White House move as “extortion”, was an indication of their mounting exasperation.

Given that Mr Abbas is invested exclusively in diplomacy, his resistance to this round of US-led peacemaking should serve as warning enough of how bad a Trump peace is likely to prove.

At the weekend Israeli media offered the first substantive clues of what might be on offer.

The headline news is not entirely bad – so long as one ignores the small print. Most significantly, if reports are accurate – and Washington and Israel claim they are not – the US is said to be ready to recognise a Palestinian state.

It is a move characterised by the kind of bullishness that is Mr Trump’s trademark and has left Mr Netanyahu anxious. But everything else should reassure him.

The US will apparently agree that no one will be forcibly moved from their home. That may prove the answer to Israel’s prayers. It will finally have US blessing for all its illegal settlements, which have eaten into the bulk of the West Bank, turning it into a patchwork of Palestinian enclaves.

After five decades of Israel clearing most of the Palestinian population from the same area, penning them up in cities, the reported Trump deal will offer no restitution.

The most intractable issue, Jerusalem, will supposedly be kept off the table for now. But reports say Israel will be allowed to continue its military chokehold on the large agricultural spine of the West Bank, the Jordan Valley.

Everything else will be up for grabs – or as a US official noted, its role would be “not to impose anything” on the two parties. In practice, that means the strongest side, Israel, can impose its will by force.

All of this indicates that the “state” the US recognises will be a demilitarised archipelago of mini-Palestines. This Trumpian version of statehood could be the weirdest one ever conceived.

That should not surprise us. At a meeting in London this month to mark 100 years since the signing of the Balfour Declaration, Mr Netanyahu suggested that the Palestinians were an example of a people unsuited to “sovereignty”.

It is striking how little the prospect of a Trump peace process has ruffled the feathers of Israel’s far-right government.

That is in part because they have put in place measures to tie Mr Netanyahu’s hand. He is precluded from negotiating with a Palestinian unity government that includes Hamas, and he would have to refer any peace proposal to a referendum. And if he tests his colleagues’ loyalty too far, they can always bring down the coalition.

But their best hope is that the Trump deal will be so outrageously divorced from reality that Mr Abbas could never sign up to it, even if Washington secures Arab money to pay for its implementation.

The biggest danger may turn out to be the US president himself. Previous efforts at peacemaking, however skewed to Israeli interests, were at least premised on reaching a consensual agreement.

It is in Mr Trump’s nature to bargain ruthlessly and then cut a quick deal. In this environment, something has to give.

In one scenario, that could be the US president’s interest in solving the Israel-Palestine issue. But it could also be Mr Abbas and his increasingly authoritarian Palestinian Authority.

Forced into the corner by a bull-headed Trump administration, Mr Abbas may be faced with a hard choice: either he agrees to a series of non-viable statelets under Israel’s thumb, or he steps down and dismantles the Palestinians’ government-in-waiting.

In these circumstances, bringing down the house of cards that is the Palestinian Authority may be the best option, even if it delights many in Mr Netanyahu’s cabinet. It will leave a void, and one to be filled by a new generation of Palestinians no longer distracted by empty promises of statehood.