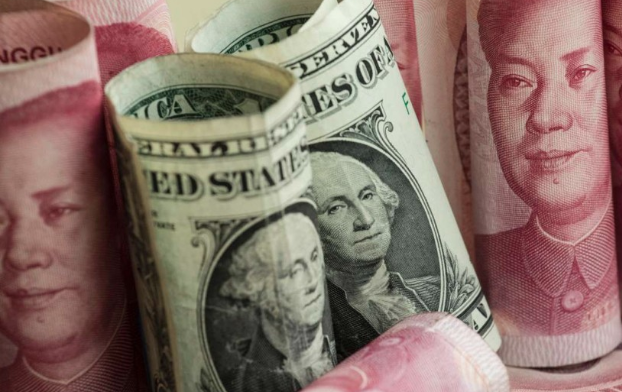 The Mises Institute asked the question last September: “What indications are there that the world is turning its back on the US dollar?” – It did, in fact, answer that question (below), but here are just some of the more recent moves that just six months ago would have seemed unlikely.

We reported on March 26 this year that China had finally launched a yuan-dominated oil futures contract after nearly a dozen false starts over a decade. With that approval, the “petroyuan” became real and China set out to challenge the “petrodollar” for dominance.

Russia was already transacting oil in rubles and been working up those trades since 2015 as a result of sanctions imposed by the West.

The EU has made arrangements recently to settle Iranian oil trades in euros as a direct result of Washington withdrawing from the Iran nuclear deal.

Then, just last week we reported that India has agreed a deal to pay for Iranian oil in rupees as the two countries seek to bypass the US economic pressure on Tehran.

We also highlighted in our report that China is the world’s biggest buyer of oil, America is the second and India is the third. Whilst the USA buys about $110 billion of oil each year – China and India combined – buys nearly $200 billion. The EU including Britain buys another $200 billion.

Now, it is reported in the New China Daily that: “There has been a general consensus among some eastern and southern African countries that there should be more usage of the Chinese yuan in the African region because of China’s growing influence in business and trade.”

Executive director of the Macroeconomic and Financial Management Institute of Eastern and Southern Africa (MEFMI) Caleb Fundanga said a forum for financial experts earlier in the week had agreed that there was need to use the Chinese yuan as a reserve currency because China was playing an active role in their economies.

The forum was attended by deputy central bank governors and deputy permanent secretaries of finance from 14 countries that fall under MEFMI.

“The general conclusion is that we should use the yuan more because its time has come. We are doing more business (with China) so it’s natural that we use the currency of the country with which we are trading.

“Just the way we have been using the (U.S.) dollar and the Euro, we want to use the Chinese currency more in our transactions because it is to our benefit,” Fundanga said.

Fundanga said there was also discussion on possible currency swaps the same as what China had achieved with Nigeria, where Nigerians travelling to China could easily access the yuan from their local banks.

MEFMI argues that the bulk of reserves for most countries in the region are invested in U.S. dollars, yet their composition has not kept pace with the large shifts in the world economy. This is particularly so since China and India continue to shape global economic trends as they remain major trade partners for the region.

It is clear that de-dollarisation is escalating for one reason or another and as a result, America is in a much weaker position to demand USD trades, which it has done for decades. And just how important are oil trades in USDs?

Back to the Mises Institute. “The mechanism underlying today’s “dollar standard” is widely known and the term “petrodollar” describes it well. This system is based on an informal agreement the US and Saudi Arabia arrived at in the mid-1970s. The result of this deal: Oil, and consequently all other important commodities, is traded in US dollars — and only in US dollars. Oil producers then “recycle” these “petrodollars” into US treasuries. This circular flow of dollars has enabled the US to pile up a towering mountain of debt of nearly $20 trillion — without having to worry about its own financial stability. At least, until now.”

The process of moving away from the dollar — prepared by Europe and triggered by China and Russia — can no longer be stopped.”