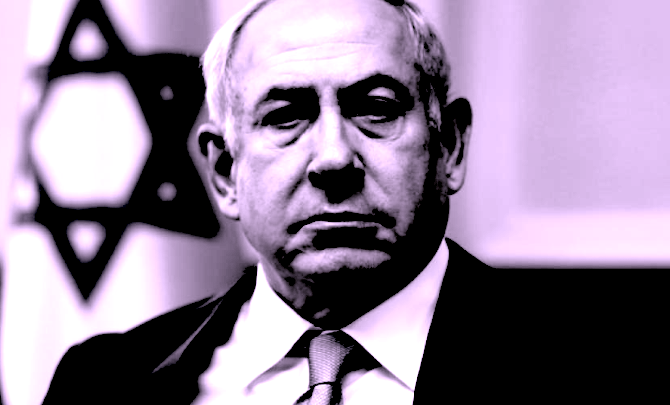 After winning the Israeli election with a slim majority, in a campaign that grew more sordid and vilifying by the day, Benjamin Netanyahu is poised to begin his fifth term as Israeli prime minister.

The culmination of his dirty tricks campaign was an election-day stunt in which his Likud party broke regulations – and possibly the law – by arming 1,200 activists with hidden cameras, to film polling stations in communities belonging to Israel’s large Palestinian minority.

Netanyahu justified the move by saying it would ensure the election was “kosher”. Yet again, Israel’s prime minister made it clear that the country’s 1.7 million Palestinian citizens were unwelcome interlopers in what he regards as an exclusively Jewish political process.

The PR firm behind the stunt admitted another motive. The goal was for the cameras to be quickly discovered by police and thereby scare the one in five citizens who are Palestinian into staying home. A low turnout by Palestinian voters in Israel would ensure a stronger parliamentary majority for  Netanyahu’s coalition.

In fact, slightly less than half of the minority cast a ballot, although the reason was probably as much down to their exasperation at a series of ever more right-wing Netanyahu governments as it was a fear of surveillance at polling stations.

When coalition negotiations this week are complete, Netanyahu is likely to head the most ultra-nationalist government in Israel’s history – one even more extreme than his last one.

His coalition, comprising settler factions and religious fundamentalists, will even include a party hosting political refugees from the previously outlawed Kach party – anti-Arab racists banned in the US as a terror organisation.

The official opposition will be the Blue and White party led by a group of hawkish former generals – assuming Netanyahu doesn’t try to lure former army chief of staff Benny Gantz into a national unity government of the right.

In Washington, Netanyahu can rely on the full-throated support of Donald Trump’s administration.

In other words, Netanyahu will face no serious domestic or international obstacles as he implements the agenda of the right. He will entrench control over the last fragments of what was once assumed to be an emerging Palestinian state and he will step up attacks on the rights of Israel’s Palestinian citizens, in line with the Nation-State Basic Law he passed last summer.

The biggest trouble facing Netanyahu once he forms a new government will not be political but legal.

During the election campaign, Israel’s attorney general, Avichai Mandelblit, announced that Netanyahu would soon be indicted on a series of corruption charges.

The delay is largely a formality, giving the prime minister a final chance to defend himself at a special hearing. In the meantime, Netanyahu hopes he can find a way to ride out the charges.

One option is simply to drag out any trial, insisting it be deferred indefinitely on the grounds that he needs to focus on pressing matters of state. At the same time, he can rile up supporters and intimidate the judiciary by claiming that the courts are trying to overturn the will of the people.

How he might achieve this feat is through an “annexation for immunity” deal. In other words, Netanyahu gives the far-right and the settlers what they want – annexation of parts or all of the West Bank – and in return, they back immunity legislation.

That was why Netanyahu made an unexpected statement in favour of annexation shortly before polling.

Asked about the pressure for annexation from his coalition partners, he told the media: “We will move to the next stage. I am going to extend [Israeli] sovereignty and I don’t distinguish between settlement blocs and the isolated settlements.”

Netanyahu has previously rejected formally annexing the West Bank, but not on moral or ideological grounds.

He demurred largely because annexation would bring him grief in western capitals and risk provoking a Palestinian civil rights struggle that might attract global sympathy. In any case, he regards such a step as unnecessary, given that Israel has already annexed the West Bank in all but name.

Nonetheless, Netanyahu would prefer to stay out of the dock. And of late, the stars have been aligning in favour of some kind of annexation.

The world is losing interest in the Palestinian cause, given that it has been presented as intractable by western leaders and there are battles closer to home for many of them.

Trump has shown he will sanction just about any Israeli violation of Palestinian rights if it panders to his Christian evangelical base. And the US president has set a useful precedent for Netanayhu in recently recognising Israel’s illegal annexation of the occupied Golan Heights. The principle of victor-takes-all has been established in Washington.

The question, therefore, is increasingly not whether, but what kind of, annexation Netanyahu plans.

It will most likely be done in stages and not referred to as annexation but rather, “extending Israeli sovereignty”. Large settlements close to Jerusalem such as Maale Adumim and the Gush Etzion bloc might be first.

But ultimately, Netanyahu’s political allies want most of Area C, the two-thirds of the West Bank designated in the Oslo accords as under temporary Israeli control.

This is the most prized territory, including water aquifers and agricultural land. And better still for the Israelis, after decades of administrative ethnic cleansing, it has few Palestinians left there.

Trump was shameless in helping Netanyahu during the election campaign and there is no reason to believe he will get tougher now. His so-called peace plan, if it is finally unveiled after the election, as promised, might make annexation of parts of the West Bank its centrepiece, dressed up as a solution to final-status issues.

Was the Golan Heights debacle a warm-up act, laying the groundwork for an even more audacious move from Trump to save Netanyahu’s skin? We may find out soon enough.