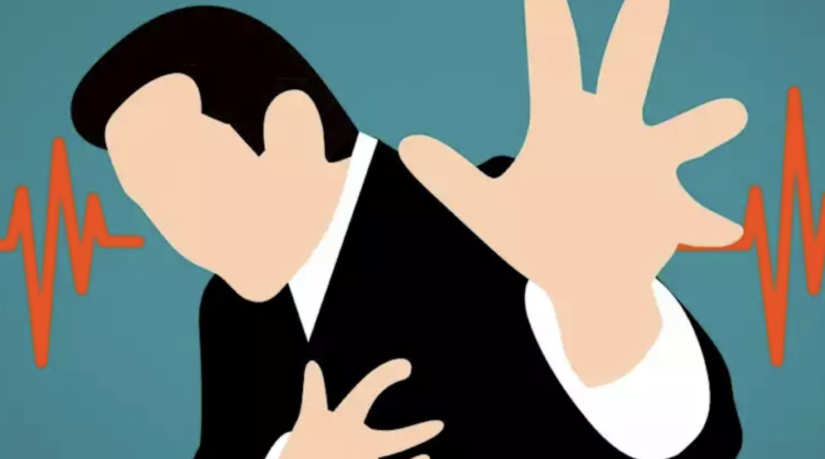 By Graham Vanbergen -TruePublica: Through its own lifestyle choices, capitalism in the last four decades has developed into an economic system based on selfish individualism, rivalry and rapacious indulgence. It became morbidly obese and unfit for purpose by serving itself and little else. The result is that the arteries of the financial world have clogged up once again and it just suffered a near fatal heart attack. Wheeled into intensive care, the prognosis is dire.

Capitalism only just survived its last health check, when in 2008 the bank-led financial crisis was administered back to life through a hefty dose of CPR. By 2009, the cost of resuscitation was estimated to be $9trillion to the world economy. By 2012 it had risen to $15 trillion, a year later $22trillion – then they lost count. The result was to punish the poor for the mistakes of the rich. Subsequently, government’s have fallen and populists now reign over half the world as democracy recedes.

Taking no heed, capitalism continued its risky lifestyle. It became so fat that CPR may not work this time around.

Negative yielding government bond rates, the lowest in 500 years of recorded history has ballooned to $12trillion. It’s a clear sign of investor worry. Money has withdrawn from investing to make profit and now sits idle in a dark corner as a decimation storm rages overhead.

Zero-interest rates is where this near-death experience emanated. For speculators – it is a full-on heroin addiction. They get a high, then need more and more and more. Zero and near-zero interest rates is confirmation that capitalism is no longer functioning. It is the last thing left to feed profit margins because corporations have already done everything else. They have offshored labour, then did the same to the profits that come from it and had nowhere else to turn, except for a bit of sharp practice branding and other non-productive activities such as reinventing the wheel and marketing it.

Zero-interest rates steal from hard work stacked into savings and pensions for a rainy day. This huge transfer of wealth from working and middle-class families has made the rich even wealthier by increasing asset prices, especially stock and property prices. It is estimated that savers in the UK alone lost £200billion of interest rate returns in just five years from 2008.

In this environment, wealthy investors borrowed more to invest in non-productive assets that only inflated their values further. So addicted to almost free money, corporations even borrowed money to buy back their own shares to inflate the price for ever higher bonus payments. That strategy had failure built into it. Productivity in the West is the lowest its been for decades. In Britain, where 80 per cent of its economy is now made up of ‘services,’ – its productivity decline in the last ten years is the greatest fall in 200 years.

Global debt has broken all records by reaching $260trillion – a staggering $33,500 for each man, woman and child on the planet

Austerity was another reaction of those holding the purse strings. Its very design victimised the poorest, the most vulnerable and, as the political elite have just realised – the very people we rely on the most in times of crisis. Then the coronavirus COVID-19 came to take capitalism out for a run around the park once again.

In January 2020, the Institute of International Finance calculated that global debt had broken all records by reaching $260trillion – a staggering $33,500 for each man, woman and child on the planet. This is just over 300 per cent of global economic output.

In mature markets total debt now tops $180 trillion or 383 per cent of these countries’ combined GDP, while in emerging markets it is double what it was in 2010 at $72 trillion, driven mainly by a $20 trillion surge in corporate debt.

“Spurred by low-interest rates and loose financial conditions, we estimate that total global debt will exceed $257 trillion in Q1 2020,” the IIF said, adding non-financial sector debt was now approaching $200 trillion. Global government debt alone is set to break above $70 trillion. The US has racked up £23trillion or $70,000 per head, with more just announced to save its economy from the COVID crisis.

But all this is about to change. Total debt is promised to surge to save capitalism with another round of multi-trillion dollar rescue packages.

Standing in the headlights of this global threat to capitalism, COVID-19 has seen the political tribalism of our polarised world agree on something, bailouts for everyone – for employees, their employers and millions soon to be unemployed. All of a sudden, the political gap has closed and now everyone believes money can be conjured up, including neoliberal capitalists who fought socialists for years on the battleground of unsustainable national debt.

But now, all these lies are about to become a truth. In just a few weeks corporate interest rates will mean nothing because more importantly, few corporations will be able to borrow money at any price. Capital does not want to take the risk.

The clogged arteries of capitalism are now starving its once strong beating heart.

The world will soon wake up to near-zero interest rates and a credit crunch to beat 2008 – a sudden reduction in the lifeblood of capitalism itself.

Trillions of dollars, euros and British pounds are being thrown at resuscitating the patient. In the global south countries have queued up for bailouts from the IMF in the last few weeks – money it doesn’t have. Investor money has run for cover amid the global default deluge. In fact, these so-called ‘investors’ have suddenly withdrawn their money from ‘emerging markets’ because of the rising risk of defaults. As confirmation, March saw the “the largest capital outflow ever recorded,” according to IMF managing director Kristalina Georgieva.

There is no vaccine for COVID-19 or for the contagion of debt defaults that capitalism will now administer. The only strategy we have for the virus is to beat it into submission – the very thing asphyxiating the patients and of a financial model that sustains us. What we are about to learn is the real value of extreme capitalism to a crisis-hit world – it’s lessons will be painful.