A Courageous Israeli Speaks Out 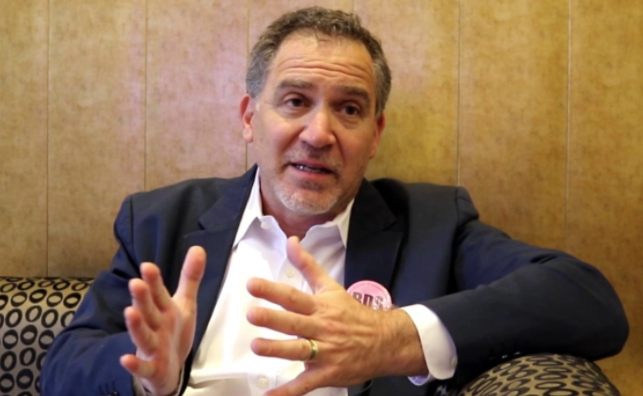 By Rick Sterling: On October 6 there was a presentation in Lafayette California featuring the Israeli-American Miko Peled.  The event was sponsored by Mt Diablo Peace & Justice Center (MDPJC) with co-sponsorship by Jewish Voice for Peace and others. What Miko Peled says is seldom heard by Americans.

Miko was born in Jerusalem and comes from a famous Israeli family. His grandfather was one of the signers of the Israeli founding documents. His father was a soldier in the war which led to the creation of Israel and later a senior Army general during the 1967 war. Adding to the power of his voice, one of Miko’s nieces was killed in a suicide bombing attack. Miko Peled is author of the acclaimed book “The General’s Son: Journey of an Israeli in Palestine”.

In contrast with what one might expect, Miko Peled is a voice of sharp criticism of Israel and Israeli policies. He does not mince his words. Israel is a “settler colonial state” and Israel does NOT have a “right to exist” as an apartheid state with preferential treatment based on ethnicity.

Miko does not speak in the abstract; he gives specific examples to demonstrate what he says. Palestinians in the West Bank have no consistent running water while settlers enjoy unlimited drinking water plus swimming pools and water for green lawns. The situation in Gaza is even worse. The two million residents of the tiny Gaza strip endure horrific conditions. Babies with medical conditions die while just a few miles away, Israeli babies with the same conditions will live.

Peled does not limit his criticism to the “Occupied Territories”. He says all of the state should be called Palestine with equal rights and opportunities for all.

Peled pokes fun at the claims that Jews anywhere have a “right to return” because of a supposed 2000 year old claim and entitlement. These claims are based on the Old Testament not scientific history. In contrast with the myth, most Israeli citizens have zero DNA connection to the region.

Peled humorously points to the irony of zionists who claim a 2000 year old “right” to the land as they deny and denigrate the rights and claims of Palestinians who were expelled in 1948 and after. As Peled explains, most Israelis are quick to tell Palestinians to “get over it” despite the fact that Palestinian claims are well documented and only go back 70 years not 2000. Unknown to most Americans, about half a million Palestinians languish in Lebanon, waiting for the time when they return to their villages in Palestine from which they were expelled in 1948 and after. The actual history of those events has been clearly documented by the Israeli historian Ilan Pappe.

Peled thinks that the situation is better now that the pretense of a “two state solution” is openly dismissed by US President Trump and Israeli PM Netanyahu. There are two paths: the current situation of supremacist democracy for Jews only with continuing occupation and oppression for the Palestinians or democracy for all. While acknowledging the unpopularity of equality for most Israelis today, Miko Peled recalls how quickly the change happened in South Africa. He says if they could overcome apartheid in South Africa, why is this not possible in Israel / Palestine?

In the 1980’s and early 90’s, the international Boycott Apartheid campaign helped to end open racism in South Africa. Around the world there is a similar peaceful and non-violent campaign pressing for the end of open racism in Israel.  It’s called “BDS” for Boycott, Divestment and Sanctions. The goal is to pressure Israel to abandon its apartheid policies just as South Africa did. Making clear his own stand,  Miko Peled wore a large BDS button on his lapel. For those who mistakenly believe that Israel is a progressive force internationally, the reality is that Israel was one of apartheid South Africa’s closest allies.

For taking the stance he does, and especially because of his family roots, Miko Peled has been vilified and threatened. It takes great courage to follow his beliefs as he has. His family is apparently with him. In his book he describes how his mother refused to take furniture or property of Palestinians who had been expelled from Jerusalem in 1967, as many other prominent Jewish families were doing. He describes his father’s evolution from military general to an advocate for peace and respect for Palestinians. And he describes the reaction of his sister and how she blamed Netanyahu and racist policies for the death of her daughter. Miko Peled demonstrates courage and integrity.  Through his writing and speeches he exposes racist policies in Israel and the US. He seeks a better future even if it sometimes appears hopeless and provokes slander and personal threats against himself.

Miko Peled’s book is published by Just World Books. A video of his Lafayette presentation, including the introduction by St Mary’s College Professor Hisham Ahmed, is posted at the Mt Diablo Peace & Justice Center website.