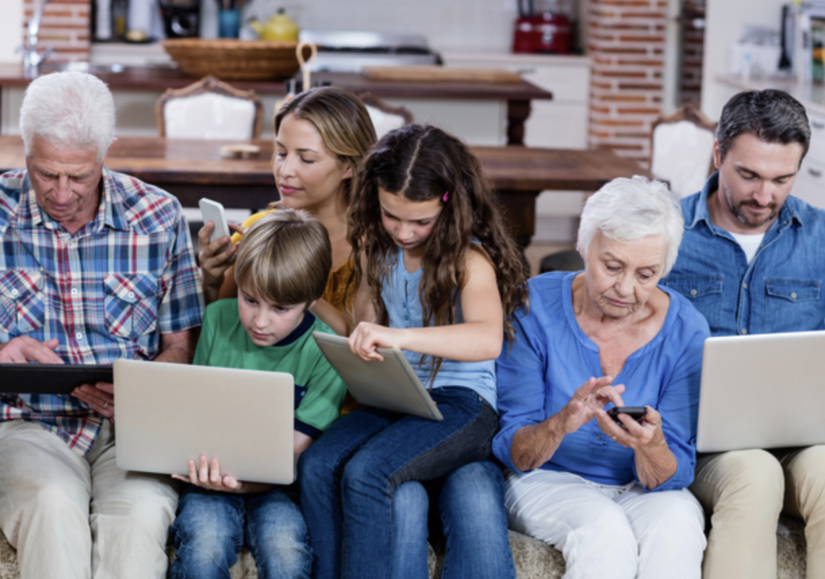 The internet is a wonderful tool, it has brought many good things to our lives but it also brought with it in equal measure a danger to the family. After all the warnings and awful stories we have read, we still, metaphorically speaking, leave the front door wide open to all sorts of threats. Family security online has never been more critical. Here we lay out some basic guidelines, some everyday habits that all households should be using to protect themselves.

Unauthorised financial fraud losses across payment cards, remote banking and cheques totalled £844.8 million in 2018 in the UK, an increase of 16 per cent compared to 2017.

However, in 2019, bank transfer scams alone are now costing £1m a day – a 40 per cent rise in one year, according to the latest official UK data from banking body UK Finance.

It’s the same in America, New Zealand, Australia and Canada. Cyber attacks are indiscriminate and against everyone and every age group.

The risks for all members of the family are there if they are online. But there some basic rules that should be adopted to help protect everyone.

For context – the UK’s financial regulator, the Financial Conduct Authority has warned that consumers still don’t believe it could ever happen to them. But it does, in alarmingly ever higher numbers and this is where the weakness lies – thinking it won’t happen to you or a member of your family.

The FCA has warned that nowadays, the average loss to online fraudsters is £29,000. They use persuasive techniques to get their hands on that money, which includes the sophisticated use of social media and targeted emails.

General cyber-protection habits should be adhered to as a matter of daily online hygiene. And there is no excuse for not adopting these basic rules because If you don’t, you can expect trouble – the type of trouble that could be very expensive.

Children face their own online perils. That can range from cyberbullying to sexual predators and a lot in between. Unbelievably, about half of six-year-olds in the USA have been targeted for identity theft and about a third willingly give personal details when asked online.

Children present parents with a set of particular threats, but those threats should be treated with the same online discipline. Internet safety for kids is as much about parents understanding those threats as it is essential to ensure that there are some rules for them going online, just as there are for children going outside to play.

The over 50s also have their own unique problems online too. Apart from fraudsters attempting to empty bank accounts, pension scam victims lose an average of £91,000 each as they see the potential for looting savings pots. The FCA’s Financial Lives report suggested that 107,000 people aged 55 to 64 could potentially have been victims of pension scams in the UK last year.

The ultimate internet guide for seniors is an excellent place to start as those threats are generally centred around stealing money in bank accounts or as mentioned, entire pension funds. And as nearly 70 per cent of over 65s are now online, they need as much protection as any other family member.

The most important thing is habit. If you go online, know that there are bad people in that space just as there is anywhere else in life. It’s the habit of adopting these online safety rules that makes all the difference.

Lastly, don’t forget that if you are out and about, using WiFi hotspots in coffee shops and hotels, for instance, it’s like leaving your front door open. Don’t. A VPN will sort this security weakness out while solving a few other privacy and security issues. Just like everything else, there are some rules here, and the recommendation is that there’s no such thing as a free lunch, and it’s the same with VPN’s

You wouldn’t leave your front door or car unlocked because something will eventually get stolen. That’s why, habitually, we lock them to keep safe – it’s the same with security online.