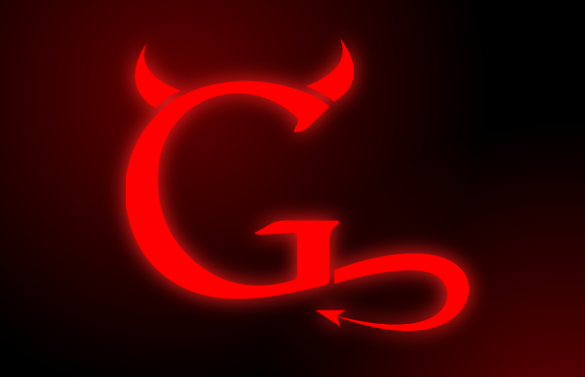 TruePublica Editor: The EU Commission has fined Google a record breaking $2.7 billion for manipulating search results in its favour by giving itself an ‘illegal advantage’ whilst harming rivals. It has been given 90 days to change its practices or face further penalties. This is not the first scandal involving Google and it most certainly won’t be its last.

In December last year the Guardian/Observer uncovered another search manipulation scandal: “Search and autocomplete algorithms prioritise sites with rightwing bias, and far-right groups trick it to boost propaganda and misinformation in search rankings.” Here Google is accused of “systematically promoting information that is either false or slanted with an extreme rightwing bias on subjects as varied as climate change and homosexuality.”

At TruePublica, we have seen huge unexplainable swings in traffic in recent months and we genuinely feel the website is being deliberately suppressed, censored by another name. The article below by the World Socialist Web Site fully demonstrates exactly the power that transnational corporations such as Google have today, the impact they have on users of the huge search engine and how they manipulate our perception of the world, even influencing the way people vote.

In April, under the guise of combatting “fake news,” Google introduced new procedures that give extraordinary powers to unnamed “evaluators” to demote web pages and websites. These procedures have been used to exclude the WSWS and other anti-war and oppositional sites.

Over the past three months, traffic originating from Google to the WSWS has fallen by approximately 70 percent. In key searches relevant to a wide range of topics the WSWS regularly covers—including US military operations and the threat of war, social conditions, inequality, and even socialism—the number of search impressions referencing the World Socialist Web Site has fallen drastically.

An “impression” is a technical term referring to a link shown by Google in response to a search result. If a search for “socialism” leads a user’s computer to show one link to the WSWS, that counts as an impression.

By manipulating the “search ranking” assigned to the pages of the WSWS, Google can drive its content lower down on the list of results. This reduces the total number of impressions, which, in turn, leads to a very low number of “clicks,” or visits to the site.

According to Google’s Webmaster Tools Service, the number of daily impressions for the World Socialist Web Site fell from 467,890 to 138,275 over the past three months.

The WSWS has analyzed data related to the results of specific searches between May and July, that is, the period after Google implemented its new website exclusion policies.

During the month of May, Google searches including the word “war” produced 61,795 WSWS impressions. In July, WSWS impressions fell by approximately 90 percent, to 6,613.

In addition to geopolitics, the WSWS regularly covers a broad range of social issues, many of which have seen precipitous drops in search results. Searches for “food stamps,” “Ford layoffs,” “Amazon warehouse,” and “secretary of education” all went down from more than 5,000 impressions in May to zero impressions in July.

The number of search impressions for WSWS articles in searches including the term “strike” fell by 85 percent between May and July, from 19,395 to 2,964.

Many people who conduct Google searches for these terms do so because they are critical of establishment politics and would be interested in hearing what socialists have to say. However, as a result of Google’s actions, they will not find material published by the World Socialist Web Site.

But what about those directly looking for socialist politics? In May, the search term “socialism” generated 31,696 impressions, and the WSWS was ranked between 5th and 6th in search results. In June, the WSWS was removed from the top 100 search results for the term. Thus searches for “socialism” produced zero impressions for the World Socialist Web Site, the most widely read online socialist publication.

What about those who are already committed socialists, and want to find out more about Leon Trotsky? Here, too, the WSWS, published by the Trotskyist movement, is being blocked. While a query for “Leon Trotsky” resulted in 5,893 impressions in May, that number fell to zero in July.

When the WSWS contacted Robert Epstein with our findings, the noted psychologist and Google critic concluded, “I have little doubt that Google demoted you.” Epstein said research that he and his colleagues conducted showed “the evidence is rock solid” that “Google is manipulating people through search suggestions.”

The policy guiding these actions is made absolutely clear in the April 25, 2017 blog post by Google’s Vice President for Engineering, Ben Gomes, and the updated “Search Quality Rater Guidelines” published at the same time. The post refers to the need to flag and demote “unexpected offensive results, hoaxes and conspiracy theories”—broad and amorphous language used to exclude any oppositional content.

The rater guidelines are even more explicit. The unnamed “evaluators” are instructed to flag as the “lowest” rating sites that have “factually inaccurate information to manipulate users in order to benefit a person, business, government, or other organization politically, monetarily, or otherwise.” The “lowest” rating is also to be given to a website that “presents unsubstantiated conspiracy theories or hoaxes as if the information were factual.”

It is impossible to formulate a more explicit policy of suppression of free speech. These guidelines are written in a way to allow Google to demote or block a massive array of websites that are critical of the government and expose its lies.

Who precisely is to determine what is “factually inaccurate information” or what constitutes an “unsubstantiated conspiracy theory”? It in effect bars all expression of opinions, other than those that are acceptable to Google and its allies in the state, particularly the Democratic Party. There is not a publication or journal worth reading that would not fall afoul of these “guidelines.”

Adding to the cynicism of the new procedures is the fact that numerous sources have documented Google’s active involvement in supporting political candidates, specifically Hillary Clinton, by manipulating search results. In his recently published book, Move Fast and Break Things: How Facebook, Google, and Amazon cornered culture and undermined democracy, Jonathan Taplin documents the role of Eric Schmidt, the CEO of Google’s parent company Alphabet, in founding a firm called The Groundwork to directly assist the Clinton campaign.

Moreover, earlier this year, the European Commission exposed Google’s widespread, deliberate, and criminal manipulation of its search results to promote its own comparison shopping service to the detriment of its competitors. The company was fined $2.7 billion.

In the name of combating “fake news,” Google is providing fake searches. It has been transformed from a search engine into an instrument of censorship.

The WSWS will continue to expose Google’s unconstitutional attack on democratic rights. We demand that Google give a full accounting of its procedures, and that it identify who has been given the power to “evaluate” websites. All of Google’s algorithms must be placed in the public domain.

Ultimately, the actions of Google provide yet another demonstration of the need to take the dissemination of information out of private control. Powerful search engines cannot be run by monopolies controlled by billionaire oligarchs. They must be placed under democratic control by the working population of the world.

There is no question that Google’s action has blocked tens of thousands of people that normally would have found the WSWS from accessing the site. This is the aim. However, a very substantial portion of WSWS readers access the site directly, via social media, or through other search engines, which at least up to this point have not implemented rules that go as far as Google.

The WSWS has a loyal and large base of readers and continues to record hundreds of thousands of individual visits a month. We will oppose Google’s political censorship, but we need your support.

We are calling on our readers to become actively involved, to fight for the WSWS. Assist the distribution of WSWS articles. Post our content on social media. Email our articles to your friends and co-workers. Make Google’s actions as widely known as possible.