In detaining Peter Beinart, Israel has declared it no longer represents millions of Jews overseas 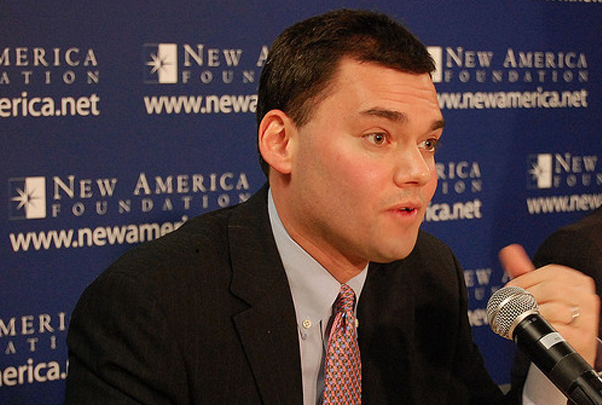 There are few places in Israel where its apartheid character is more conspicuous than the imposing international airport just outside Tel Aviv, named after the country’s founding father, David Ben Gurion.

Most planes landing in Israel have to circle over the West Bank before making their descent. Below, more than two million Palestinians living under cruel Israeli occupation are barred from using the airport. Instead, they depend on capricious decisions from military officers on whether they will be allowed to cross a land border into Jordan.

They are comparatively better off than nearly two million more Palestinians in besieged Gaza, who are denied even that minimal freedom.

Meanwhile, a similar number of Palestinians living ostensibly as citizens inside Israel have to run a gauntlet of racial profiling checks before they can board a flight.

Armed security guards at the perimeter entrance listen for Hebrew spoken with an Arab accent. Passports are branded with barcodes that can entail humiliating interrogations, delays, strip searches and security escorts on to planes.

Security alone could never have justified the arbitrary and sweeping nature of these decades-old practices against Israel’s largely quiescent Palestinian minority.

But these efforts to “lock in” Palestinians have become all but futile in recent years as globalisation has shrunk the world. Prevent a Palestinian attending a conference in New York or Paris and they will deliver their talk via Skype instead.

But the controls long endured by Palestinians and Arabs are now being turned more aggressively against other kinds of supporters. With escalating criticism worldwide and the rapid growth of an international boycott movement, the circle of people Israel wishes to “lock out” is growing rapidly.

For foreigners, Ben Gurion airport is the gateway not only to Israel but to the occupied territories. It is the main way they can witness firsthand the appalling conditions Israel has imposed on many millions of Palestinians.

There is an ever-growing list of academics, lawyers, human rights groups, political advocates for ending the occupation and boycott supporters detained by Israel on arrival and subjected to questioning about their political views. Afterwards, they are denied entry or required to keep out of the occupied territories.

In an ever more interconnected world, Israel can identify those it wants to exclude simply by scouring Twitter or Facebook.

The problem for Israel is that increasingly those most critical of it include Jews.

That should be no surprise.

If Israel argues that it represents Jews everywhere, some may feel they have a right to speak out in protest. Recent polls suggest that an ideological gulf is opening up between Israel and many of the Jews overseas it claims to speak for.

The latest victim of Israel’s political profiling is Peter Beinart, a prominent American-Jewish commentator. He regularly appears on CNN, contributes to prestigious US publications and is a columnist for the Jewish weekly Forward.

Last week Mr Beinart revealed that he had been detained on landing at Ben Gurion, separated from his wife and children and “interrogated about my political activities” for an hour. After repeated assurances that he was simply attending a family bat mitzvah, officials allowed him in.

Mr Beinart is no Noam Chomsky or Norman Finkelstein, dissident Jewish thinkers who have harshly criticised Israel’s policies – and been denied entry as a result.

His views echo those of many liberal American Jews no longer willing to turn a blind eye to Israel’s systematic abuses of Palestinians. In detaining him, Israel effectively declared that it no longer represents millions of Jews overseas. It made clear that the core message of Zionism – that Israel was created as a sanctuary for all Jews – is no longer true.

Further, Mr Netanyahu’s Israel wants Jewry divided, with Israel determining which Jews are considered good and which bad. The measure of their virtue is no longer their support for a Jewish state but blind allegiance to the occupation and a Greater Israel lording it over Palestinians.

That divide is increasingly apparent inside Israel too, with growing numbers of dissident Israeli Jews reporting that they have been pulled aside for questioning on landing at Ben Gurion. They are being explicitly warned off political activism, in a setting intended to imply that their continued citizenship should not be taken for granted.

After an outcry over Mr Beinart’s detention, Netanyahu made a formulaic apology, calling his treatment an “administrative error”.

Israel’s liberal daily Haaretz called it the latest “systematic error”. The paper argued that in the “best tradition of benighted regimes”, Israel had drawn up “blacklists to silence criticism and to intimidate those who don’t toe the line”.

Certainly, the current questioning and bullying – not as passengers prepare to board a flight but as they arrive in Israel – has little to do with security, any more than it does when Palestinians and other Arabs are abused at the airport.

Rather, Mr Netanyahu wants to send a loud message to progressive Jews in Israel and abroad: “You are no longer automatically considered part of the Zionist project. We will judge whether you are friend or foe.”

That is intended to have a chilling effect on progressive Jews and send the message that, if they want to visit family in Israel or attend a wedding, funeral or a bar mitzvah, they should stay loyal or keep quiet. From now on, they must understand that they are being monitored on social media.

These are just the opening salvos in the Israeli right’s war against Jewish dissent. It is a slope liberal Jews will find gets ever more slippery.