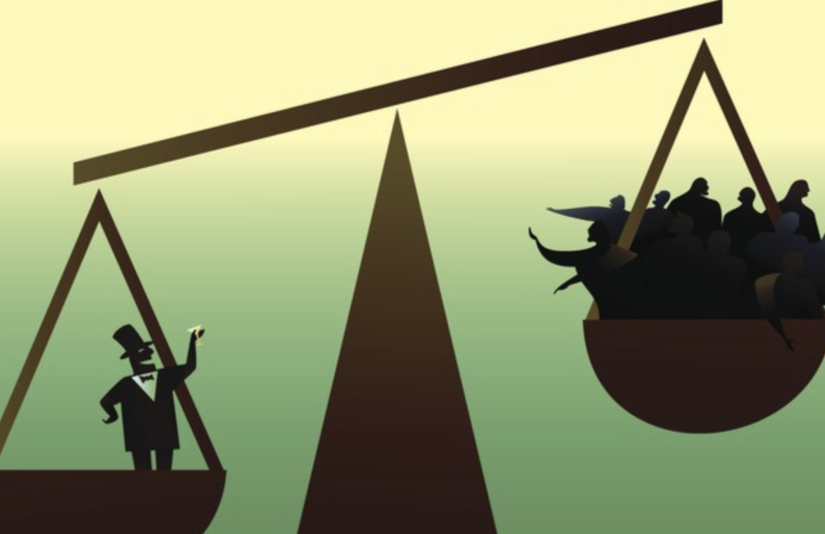 The OECD’s highly anticipated proposal for reform of international tax rules will likely further intensify global inequalities and fail to curb rampant tax abuse, new analysis reveals. The OECD’s reform plan is expected to reduce profits booked in corporate tax havens by just 5 per cent, and redistribute the proceeds largely to the richest countries – despite the fact that lower-income countries currently lose a higher share of their tax revenues to corporate tax abuse.

The analysis, carried out by Alex Cobham (Tax Justice Network), Tommaso Faccio (University of Nottingham) and Valpy Fitzgerald (University of Oxford) and commissioned by the Independent Commission for the Reform of International Corporate Taxation (ICRICT2), compares what is currently known about the OECD proposal with two other leading proposals for reform – one by tax justice campaigners, and one put forward by the International Monetary Fund (IMF). The analysis is published on the same day that ICRICT released a technical critique of the OECD’s proposals.

Amid a scramble to reform an international tax system haemorrhaging $500 billion every year to tax dodging by multinational corporations, the three proposals put forward by the OECD, the IMF and tax justice campaigners break with a century-old approach of taxing a multinational group’s subsidiaries individually as separate entities. The three proposals instead seek to apply a unitary approach that taxes a multinational group as a whole and apportions the tax owed by the group to the various countries in which the group operates. The proposals vary on how much of a multinational group’s global profit is to be apportioned, and how the apportioning among countries is determined. The OECD and IMF apportion profits to countries based on the location of a multinationals’ sales, whereas the tax justice campaigners’ proposal apportions profit based on the location of multinationals’ sales and employees. The new analysis published today models the different impacts the proposals are expected to have on countries’ revenues.

The OECD and IMF have limited the scope of their unitary tax reform to only apply to multinational groups’ residual profit, ie the extra profit generated from intangible assets, like intellectual property, considered to be beyond the profit generated from a business’s routine assets, like plant machinery.8 The OECD and IMF have proposed apportioning multinational’s residual profit to the countries where multinationals sell their goods and services, which the analysis shows will favour richer consumer economies of OECD countries over producer economies of non-OECD countries. By excluding employment as a factor for apportionment and prioritising intangible assets which are often parked in corporate tax havens, the OECD and IMF proposals give greater taxing rights to richer countries at the end of the sales process, where multinational groups sell their brand name running shoes, than to lower-income countries at the start of the process, where multinationals’ shoes are stitched together.

The analysis revealed that when the location of a multinational group’s employees was added as a factor in how tax owed by a multinational group is apportioned, tax bases increased in lower-income countries under all three proposals – and often also in OECD countries, with the exception of the US. Adding employment as a factor for apportionment to the OECD proposal resulted in a growth instead of a shrinkage of lower-middle income countries tax bases – something the OECD has not reflected in its proposals, despite its importance in the G24 proposal.

The analysis published today uses new aggregate statistics from multinational companies’ country-by-country reporting. This type of data was made available to the public for the first time in 2019, following years of campaigning by tax justice groups.

Although the country-by-country reporting data provides unprecedented transparency on the activity of multinational corporations, the aggregate data made available to the public and used in the analysis only covers multinationals headquartered in the US. The OECD has been collecting more country-by-country reporting data on multinational corporations headquartered in many of its member states, however, the organisation is not planning to make the data publicly available before early 2020, potentially after key elements of the reform proposals have been pushed through.

Alex Cobham, chief executive at the Tax Justice Network and a co-author of the study, said:

“We’re concerned the OECD may be fumbling a golden opportunity to lead the world into a new era of equitable international tax rights. After promising the radical shift in international rules that is urgently necessary, the OECD seems to be lapsing back into tinkering at the margins – doing little to redistribute profits from tax havens, and even less for the lower-income countries that lose the most to corporate tax abuse.

“It’s crucial that G24 and G77 countries in the Inclusive Framework are able to scrutinise the proposals fully, and they should demand the OECD release its full country-by-country data so that governments can make informed decisions on the likely impacts on their economies and their citizens.”

The Tax Justice Network is calling for an urgent reconsideration of the OECD approach and for the OECD to publish its full country-by-country reporting dataset so as to open up the proposals to public scrutiny. Individual countries and the EU should prioritise the publication of company-level reporting.