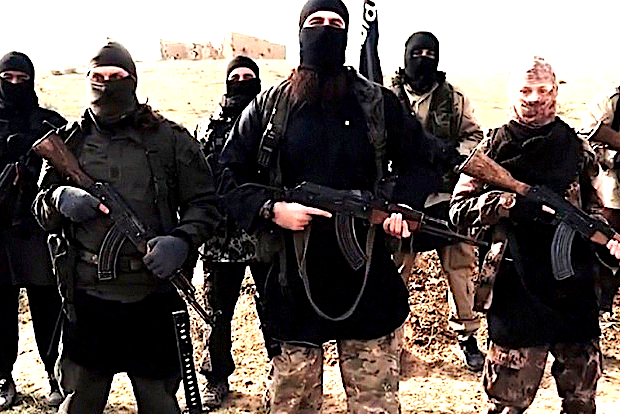 Speaking last week to the British newspaper The Guardian, Soufan warned that, even though the Islamic State was unable to hang on to its self-described caliphate in the Middle East, the group has ample opportunities to regroup. In the days of al-Qaeda, “we only had one vacuum, in Afghanistan”, from where Osama bin Laden’s organization operated from and spread its message, said Soufan. “Now we have so many vacuums —Syria, Yemen, Libya, northern Nigeria, Tunisia, the Philippines— and it’s expanding. That’s very dangerous”, he warned.

Soufan, a well-read analyst and complex thinker, who today presides over The Soufan Group and oversees the Soufan Foundation, is right to warn against the notion that the Islamic State is on its

way out. The group’s meteoric rise marked a watershed moment in the modern history of militant Sunni Islam. Even if it is militarily annihilated —a prospect that is far from certain— its physical absence will in no way erase its impact and influence among its millions of supporters and sympathizers. In fact, experts warn that the group is —like al-Qaeda before it— proving to be resilient and able to withstand intense military pressure from its enemies. Currently, all signs show that the Islamic State is actively reorganizing under the command of its leader, Abu Bakr al-Baghdadi. The prolonged absence of the Iraqi-born al-Baghdadi has prompted wild speculation about this supposed demise or severe incapacitation. There are even some who claim that he was killed by an Islamic State faction in an internal coup.

But most intelligence agencies agree that al-Baghdadi —and his core lieutenants— remain very much alive and well.

Three weeks ago, The Washington Post cited anonymously a “senior United States counterterrorism official” who confirmed that, by all indications, al-Baghdadi was alive and was coordinating the group’s activities in its last strongholds in eastern Syria. This is supported by communications intercepts, detainee interrogations and statements by informants, said The Post.

It is important to note that Al-Baghdadi continues to have alongside him some of the militant group’s most hardened commanders, most of whom were trained in intelligence and military tactics during the reign of Saddam Hussein. Under their guidance, retreating Islamic State forces are leaving behind cell-based formations of underground fighters in areas that are liberated by the fragile US-led coalition.

There also appears to be some coordination between these Syrian-based cells and Islamic State supporters abroad. It is worth noting that in 2018 alone, as it has been suffering successive military

defeats in Iraq and Syria, the Islamic State has successfully carried out terrorist attacks in Syria, Iraq, France, Russia, Belgium, Niger, Mali, Indonesia, Burkina Faso, and Afghanistan. These attacks could be part of the group’s long-term strategy, which may include intensifying high-casualty attacks against civilians around the world as a form of retaliation and propaganda. In a meeting in Berlin, Germany, last month, the heads of Europe’s intelligence agencies warned that the Islamic State would continue to attack European targets for the foreseeable future. Andrew Parker, the head of Britain’s Security Service (MI5) stressed that this agency had thwarted no fewer than 12 terrorist plots on British soil —most of them linked to the Islamic State— in the past year.

More importantly, the leadership of the Islamic State is now actively laying out the group’s long-term strategy. Its central parameter appears to be based on a carefully crafted ideological framework that will allow the group to survive the loss its territorial stronghold it the Middle East.

Experts tell The Post that al-Baghdadi appears to be mediating between various Sunni militant factions in an effort to solve longstanding doctrinal disputes between them. The overall goal is to unite them under the Islamic State’s ideological umbrella, but not necessarily under a single strong leader.

In fact, having learned from the experience of al-Qaeda, whose brand suffered irreparably after Osama bin Laden’s demise, the Islamic State “has chosen to de-emphasize” the importance of al-Baghdadi or any other individual group leader, says The Post. That is why al-Baghdadi has remained largely silent for years, and is unlikely to re-emerge, regardless of what happens to the organization in the near future.