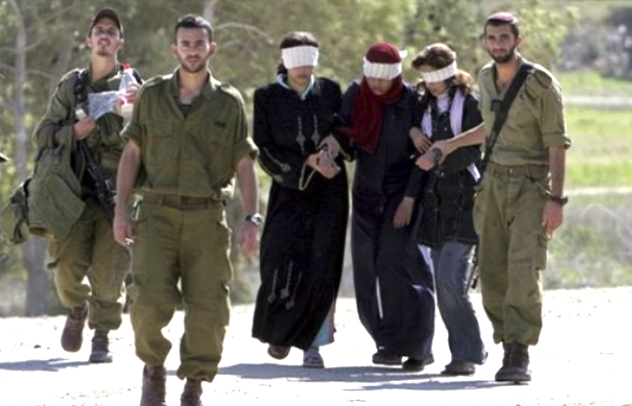 By Paul Larudee:  According to the Israeli army, Jews are now a minority in Israeli-controlled territory.  Palestinians outnumber them. This is despite all the creative measures Israel has used to minimize the number Palestinians and boost the number of Jews.
These measures include killing, starving and preventing adequate medical treatment for Palestinians (especially in Gaza but also in the West Bank), seizing and destroying their homes and property, separating families, outright expulsion (from Jerusalem, for example), capturing and terrorizing children, and making economic activity all but impossible. The purpose is to get Palestinians to leave, reproduce in smaller numbers or simply die more quickly.  Despite some success with each of these, the goal continues to elude its pursuers.
Part of the reason is that the number of Jews is not keeping pace. More than a million are estimated to have emigrated from Israel in the last decade, even though they continue to be counted as Israeli Jews.  Israel has found “Jews” among Peruvian Indians, Ethiopian tribes and minority groups from India.  American Jews who opt to be buried in Israel are considered “immigrants” and given Israeli citizenship. Nevertheless, it appears to be a losing battle, according to army statistics.
Now the Diaspora Ministry is coming to the rescue. It recommends admitting as “Jews” populations that have an “affinity” to Israel and Judaism.  These include communities that declare themselves to be Jewish but are not recognized as such, as well as communities (like the marranos in Spain), that have a historical Jewish connection, in some cases more than half a millennium old.  In these cases, the immigrants would have to “convert” to Orthodox Judaism, as was done with the Ethiopians, Peruvians and Indians.
Although this proposal is controversial, it holds potential for a more creative (but possibly more justified) solution to the demographic “bomb” that the other measures are attempting to address.  Ancestry has always been the eligibility criterion for becoming an Israeli citizen.  Currently, proving a Jewish grandparent is sufficient.  The Diaspora Ministry proposal would extend the definition to include those descended from a historically Jewish population.
This is the key that enables a creative solution. Since Israelites were the original Jewish population, who better to recruit than their descendants, some of whom may have converted to other religions since that time? The most likely candidates are those still living in the region where the Israelites lived.  There is strong historical evidence that many of them were among the first to convert to Christianity and later Islam.  Many of them can trace branches of their family back hundreds of years or even more than a millennium in the same location.
While it is true that much of this population might be uninterested in converting, there are many Israeli “Jews” that are already Buddhist, Baha’i, Christian (Russian Orthodox), and atheist.  Religion need not be an obstacle; just consider them Jews and give them Israeli citizenship, as has been done with so many others without asking for conversion. This has the advantage of eliminating the non-Jewish Palestinian population (by considering them Jewish) while doubling the Jewish population (by the same means) of Israel and all the territories that it controls.
Giving Palestinians Jewish status is obviously much more than a demographic solution, because it holds the potential to solve a host of other problems – perhaps most of the outstanding issues – with the Palestinians.   Considering them Jews would make them legally indistinguishable from other Israeli citizens (not the “second-class” status of Palestinian citizens of Israel) and therefore endow them with truly equal rights.
Of course, this proposal is unlikely to be considered seriously, no matter how well it fits the twisted logic of who qualifies as a Jew and is eligible to become an Israeli citizen. This is because of an insurmountable obstacle that trumps all others – racism.  Whatever other considerations might be relevant, Palestinians are for Israel and the Zionist leadership, “the Enemy”.

Israel defines itself and its Jewish population in opposition to Palestinians, who are to be kept out of sight and functionally disenfranchised if their existence has to be conceded at all.  In fact, the objective is to make them disappear altogether, as more than a century of Zionist vision and planning has made clear.

There is little point in trying to find logical and acceptable solutions of this kind.  Israel is not seeking peace, accommodation, compromise, or tolerance.  From the point of the Zionist leadership, there is no benefit to it.  The Israeli economy, culture and social structure depend entirely upon a hostile relationship with Palestinians and Israel’s neighbors. The only currently acceptable solution for Israel is complete capitulation, i.e. for Palestinians to give up all claims to their land and existence as a nation.  Even that is doubtful, because Israel could potentially collapse if it doesn’t find new enemies.  But there is no danger of that.

Paul Larudee is a former Fulbright-Hays lecturer and US government advisor in the Middle East, a co-founder of the Syria Solidarity Movement, a major figure in the pro-Palestinian movement and the International Solidarity Movement.” Larudee is a co-founder of the Free Palestine Movement, which achieved official recognition by the United Nations in 2011