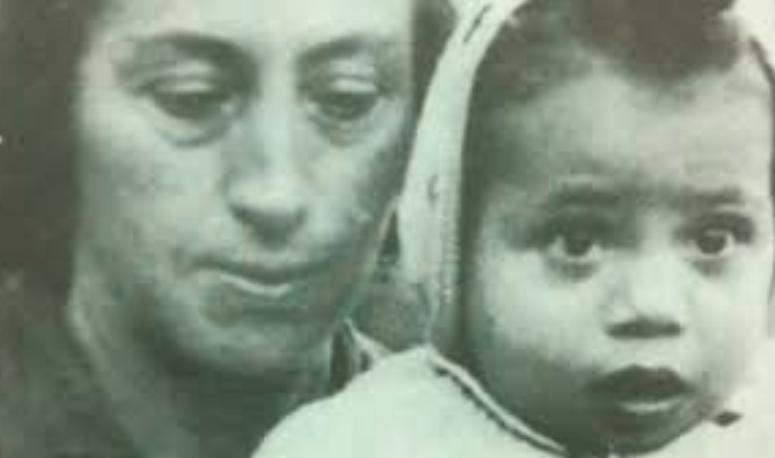 By Jonathan Cook: Thousands of Israeli families who have been searching in vain for answers since their babies mysteriously disappeared in the early 1950s – shortly after Israel’s creation – have been thrown a lifeline. The mystery of the missing children has plagued Israel for decades, with evidence mounting that at least some of the babies were trafficked by hospitals and orphanages – possibly with the connivance of Israeli officials. Other documents indicate some children may have died during experiments conducted by hospitals without the parents’ knowledge or consent.

The families hope two new initiatives based on DNA testing – including the opening of graves – will reveal whether their children were abducted, as many have long suspected, or died of natural causes, as Israeli officials maintain.

The vast majority of the children – potentially as many as 8,000 – were from Jewish families that had recently immigrated to Israel from Arab countries such as Yemen, Iraq, Tunisia and Morocco.

The Arab Jews, known in Israel as the Mizrahim, have faced well-documented racism and discrimination from Israeli authorities.

Three official inquiries have concluded that most of the babies died, even though many families lack death certificates and were not told where their babies were buried. A number of mothers have told of nurses seizing a healthy baby from their arms, only to inform them shortly afterwards that the baby had died.

Israeli law has also hampered efforts to reunite families by making it nearly impossible for adopted individuals who suspect they were abducted to find out who their biological parents were.

Now the two separate gene-testing initiatives promise to shed light on what happened to the babies.

The creation of a DNA database of Mizrahi Jews led to the first breakthroughs recently in matching adopted children to their long-lost families, strengthening suspicions that a significant proportion of babies were given away or sold.

Varda Fox, 67, discovered through a gene test that she had been taken from Yemeni parents in 1950 when she was a few months old. She was sent to an orphanage run by the Women’s International Zionist Organisation (WIZO), a semi-governmental charity, where she was put up for adoption.

Both Fox’s biological parents are now dead. As she was reunited with a surviving sister late last month, she told Israeli media: “I so wanted to meet my mother. It was a lifelong trauma. Tearing an infant from his mother and father causes an internal rupture.”

MyHeritage, the company overseeing the database, said Fox was one of three missing children it had located so far.

Fox’s experiences echo the findings of an investigation in 2016 by Al Jazeera into the missing babies.

It reported on Gil Grunbaum, who discovered by accident in the early 1990s that his parents, who were Holocaust survivors, were not his biological family. A few years later, and over opposition from Israeli officials, he tracked down his original family, Arab Jews who immigrated from Tunisia.

There have been a number of similar cases reported in the Israeli media.

Grunbaum told Al Jazeera: “Thank god for DNA – it is now our best hope of getting to the truth.”

He added: “The hole in the dyke cannot be closed. It will only grow bigger. There is now a huge public demand [in Israel] for information on these missing children.”

Pressure has been mounting on Israel’s right-wing government to provide answers in what Israelis call the Yemenite Babies Affair. The government of Benjamin Netanyahu relies heavily on support from Mizrahi Jews.

Last summer thousands protested in Jerusalem for more urgent steps from the government to provide answers and reunite families. Organisers have also demanded that the state acknowledge its responsibility for the children’s abduction.

In response, the Israeli parliament recently passed a law allowing the families of missing babies to seek permission to open graves for DNA tests.

A small minority of the families who suspect their babies were taken have been notified of the official burial site since a state inquiry, the Kedmi Commission, issued its findings in 2001, said Yael Tzadok, an Israeli journalist and member of the Forum for the Families of the Kidnapped Children, a group helping the families find answers.

“This is an important first step,” she told Al Jazeera. “Now we can check if a grave in the name of a specific child actually contains that child’s remains. We can test whether the state has been telling the truth in these limited number of cases.”

Experts, however, have warned that the DNA tests on the remains may prove inconclusive. Given the long delay, the DNA samples may not be viable.

Tzadok noted in the case of a mass children’s grave in Jerusalem, containing 400 bodies, new corpses were interred above the children’s graves, effectively denying the families any hope of identifying the remains.

She added that some of the children’s burial sites were already known to be bogus. Some 20 years ago, as part of the Kedmi inquiry’s investigation, a handful of graves were opened. There proved to be no correlation between the missing children and the remains found in the graves.

Grunbaum observed: “Even if all the graves we know about are opened and if all the families find their children inside – which is unlikely – that will only be a small fraction of the total. Lots of families will still be no closer to finding answers.”

Some 50,000 Yemeni Jews were airlifted to Israel in the state’s first 18 months alone. They and new Jewish immigrants from Iraq, Morocco, Tunisia and the Balkans were housed in temporary absorption camps for long periods.

Officials have argued that in this chaotic period, with its low standards of hygiene, many babies died of disease. The problem was compounded by medical services that were overwhelmed and failed to keep proper records.

The case of Fox, who was reunited last month with her sister, Ofra Mazor, however, bolsters claims that a significant number of babies were abducted.

According to Mazor, their mother had often spoken of how she was told by the hospital where she gave birth that her baby had died.

A year ago, under public pressure, the government released thousands of documents relating to the three state inquiries that had been scheduled to remain under lock for another 50 years.

The files included testimonies from officials and medical staff indicating a trade in babies had taken place, with some given away or sold to childless European Jews in Israel and abroad.

Last October 83-year-old Shulamit Mallik, who was a child-care worker in an absorption camp in the 1950s, came forward to corroborate those accounts. She told a public meeting that delegations of overseas women visited, and shortly afterwards babies disappeared.

As well as an apparent trade in Mizrahi children, evidence has emerged that hospitals took some of the missing children for medical experiments.

According to documents unclassified last year, George Mendel, head of the Rosh Haayin hospital’s children department, testified to the Kedmi inquiry that he and colleagues performed experiments to determine if Yemeni children had “black blood” – an apparent reference to whether they were racially inferior.

A parliamentary committee found documents indicating some of the studies were paid for by the US National Institutes of Health. Mendel told the inquiry he had heard rumours that documents relating to the experiments were destroyed several years later.

The committee also uncovered a letter written in 1950 by a female physician by the name of Rothenberg to a senior official at the Rosh Haayin hospital warning that her colleagues were “murderers” of the children.

Photographs produced by the committee showed Yemenite children, apparently used in the study, with their internal organs marked on their skin.

The parliamentary committee’s chair, Nurit Koren, heavily criticised the Kedmi inquiry for not referring to the experiments in its conclusions. “It is increasingly apparent that the bodies of the children were used for research. … There was a great crime here that was never reported.”

Tzadok said racism was rampant against the Mizrahim among the European Jews who led the government at the time, including Israel’s first prime minister, David Ben Gurion. Quotes show him calling the Mizrahim “primitive” and “without a trace of civilisation”.

“The racism came from the very top, making it legitimate in the wider society,” she said. “The general view of the time was that we are taking babies from bad parents to give them to much better parents.”

Tzadok added that the government’s reluctance to come clean in the face of mounting evidence was out of concern for Israel’s “international image”. She said: “Just a few years after the Holocaust, the state that was supposed to offer Jews sanctuary was stealing babies on a racist basis.”

Grunbaum said he suspected economic considerations were behind the government’s reluctance both to be more transparent and to issue an apology.

“They are worried that there will be a flood of compensation claims that could reach billions of dollars if the truth comes out,” he said.