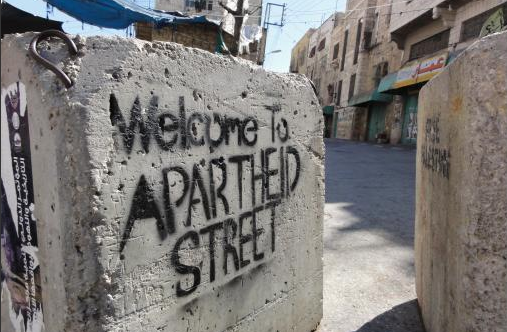 For most of the seven decades after its establishment, Israel went to extraordinary lengths to craft an image of itself as a “light unto the nations”.

It claimed to have “made the desert bloom” by planting forests over the razed houses of 750,000 Palestinians it exiled in 1948. Soldiers in the “most moral army in the world” reputedly cried as they were compelled to shoot Palestinian “infiltrators” trying to return home. And all this occurred in what Israelis claimed was the Middle East’s “only democracy”.

An industry known as hasbara – a euphemism for propaganda – recruited Jews in Israel and abroad to a campaign to persuade the world that the Palestinians’ dispossession was for the good of mankind. Israel’s achievements in science, agriculture and medicine were extolled.

But in a more interconnected world, that propaganda campaign is swiftly unravelling. Phone cameras now record “moral” soldiers executing unarmed Palestinians in Gaza or beating up children in Hebron.

The backlash, including a growing international boycott movement, has driven Israel’s right wing into even greater defiance and self-righteousness. It no longer conceals its goal to aggressively realise a longed-for “Greater Israel”.

A parallel process is overtaking Israel’s traditional left but has been far less noticed. It too is stubbornly committed to its ideological legacy – the creation of a supposed “Jewish and democratic state” after 1948.

And just as the immorality of Israel’s belligerent rule in the occupied territories is under ever greater scrutiny, so too is its claim to be a democracy conferring equal rights on all citizens.

Israel includes a large minority of 1.8 million Palestinian citizens, the remnants of those who survived the expulsions required for its creation. Although Palestinian citizens have the vote, it was an easy generosity after Israel gerrymandered the electoral constituency in 1948 to ensure Palestinians remained a permanent and decisive minority.

In a system of residential apartheid, Palestinian citizens have been confined to ghettos on a tiny fraction of land while Israel has “nationalised” 93 per cent of its territory for Jews around the world.

But after decades of repression, including an initial 20 years living under military rule, the Palestinian minority has gradually grown more confident in highlighting Israel’s political deficiencies.

In recent days, Palestinian legislators have submitted three legislative measures before parliament to explode the illusion that Israel is a western-style liberal democracy.

None stood the faintest chance of being passed in a system rigged to keep Palestinian lawmakers out of any of Israel’s complex but entirely Zionist coalition governments.

The first measure sought to revoke the quasi-governmental status of major international Zionist organisations like the Jewish National Fund (JNF) and the Jewish Agency.

Although they are treated like state bodies, these organisations are obligated through their charters to discriminate in allocating state resources and rights to Jews around the world rather than to Israelis. The aim is to exclude Palestinian citizens from major state benefits.

The JNF bans access for non-Jews to most land in Israel and develops new communities exclusively for Jews, while the Jewish Agency restricts immigration and associated perks to Jews alone.

The bill – designed to end decades of explicit discrimination against one fifth of Israel’s citizenry – was defeated when all the Jewish parties voted against it. Zuheir Bahloul, the sole Palestinian legislator in Zionist Union, the centre-left party once called Labour, was furiously denounced by Jewish colleagues for breaking ranks and voting for the bill.

That was no surprise. The party’s previous leader, Isaac Herzog, is the frontrunner to become the next chair of the Jewish Agency. Israel’s left still venerates these organisations that promote ethnic privileges – for Jews – of a sort once familiar from apartheid South Africa.

Mr Bahloul also found himself in the firing line after he submitted a separate bill requiring that for the first time the principle of equality be enshrined in all 11 Basic Laws, Israel’s equivalent of a constitution. The proposal was roundly defeated, including by his own party.

The third measure was a bill demanding that Israel be reformed from a Jewish state into a state of all its citizens, representing all equally. In a highly irregular move, a committee dominated by Jewish legislators voted to disqualify the bill last week from even being allowed a hearing on the parliament floor.

The parliament’s legal adviser, Eyal Yinon, warned that the measure would alter Israel’s character by giving Jewish and Palestinian citizens “equal status”. Knesset Speaker Yuli Edelstein called the bill “preposterous”. “Any intelligent individual can see it must be blocked immediately,” he said.

These three bills from Palestinian legislators might have redressed some of the inequities contained in nearly 70 Israeli laws that, according to Adalah, a legal rights group, explicitly discriminate based on ethnicity.

Paradoxically, the number of such laws has grown prolifically in recent years as Adalah and others have challenged Jewish privileges in the courts.

The Israeli left and right have joined forces to shore up these threatened racist practices through new legislation – secure that an intimidated supreme court will not dare revoke the will of parliament.

The reality is that left-wing Israelis – shown beyond doubt that their state is not the liberal democracy they imagined – have hurried to join the right in silencing critics and implementing harsher repression.

Palestinian citizens who peacefully protested against the massacre of demonstrators in Gaza by army snipers were assaulted in police custody last month. One arrested civil society leader had his knee broken. There have been barely any objections, even on the left.

Today, Israelis are hunkering down. Boycott activists from abroad are denied entry. Unarmed Palestinian demonstrators have been gunned down in Gaza. And critics inside Israel are silenced or beaten up.

All these responses have the same end in mind: to block anything that might burst the bubble of illusions and threaten Israelis’ sense of moral superiority.