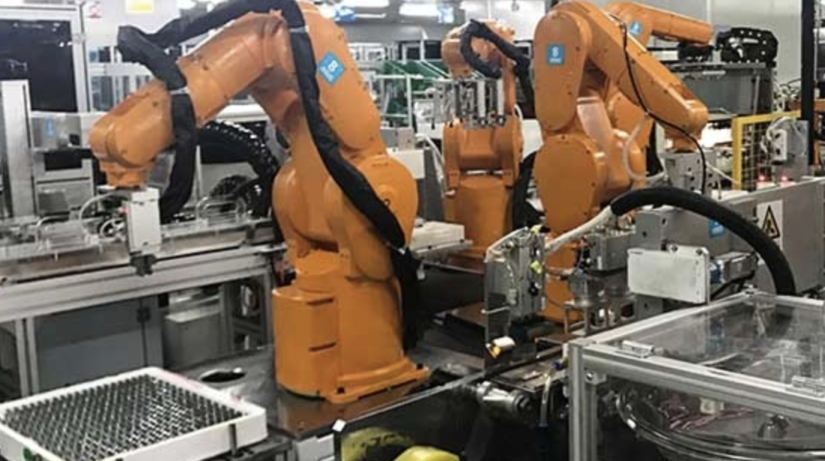 Nearly half of company chiefs in 45 countries are looking to accelerate the automation of their businesses as employees are forced to stay at home during the Covid-19 outbreak.

A survey by services giant EY has found that 41% of businesses were speeding up plans to implement new technologies and replace jobs held by employees in preparation for the post-coronavirus economy.

EY’s Steve Krouskos said: “The human cost is the most tragic aspect of this crisis, not only in terms of the lives lost, but also the number of livelihoods at risk.”

Of the 2,900 executives who were surveyed by EY, 43% said they expected normality to return by the third quarter of this year. But until then, 73% said, Covid-19 would have a “severe impact” on the global economy.

Most of the organisations that responded said they were already planning major transformation before the pandemic’s onset. But once normality returns, they would look to refocus on new investment in digital and technology, the survey found.

More than half (52%) of respondents said they had been forced to reconfigure operations, as vulnerabilities in supply chains were exposed. Just over half (54%) expect a lengthy period of slower economic recovery extending into 2021.

With less than half of global business leaders (49%) reporting profit margins that are either the same or lower than two years ago even before the current crisis, most businesses (95%) are braced for further downward pressures on margins as the global economy slows.

Despite boardrooms focusing on an unprecedented global health emergency, executives were also planning their future beyond the crisis, the study revealed. Just over half (54%) of respondents predicted a ‘u’ shaped recovery period of slower economic activity extending into 2021, while 38% foresaw a ‘v’ shaped recovery and a return to normal economic activity in the third quarter this year.

A small number (8%) predicted an ‘L’ shape recovery – a lengthy recession until the return of something like normal economic activity in 2022.

When it came to mergers and acquisitions (M&A), in light of the coronavirus crisis, global executives told EY researchers they would focus more on a target’s business resilience when evaluating a transaction (38%) and were prepared to see valuations come down (39%).

“Business leaders are seeing their transformation plans paused or slowed currently. With these plans set to restart, possibly with added energy, once the situation stabilises, executives will have to make faster moves to reimagine, reshape and reinvent their business and create long-term value.”