Once again, the UN has failed to name firms that profit from Israel’s illegal settlements 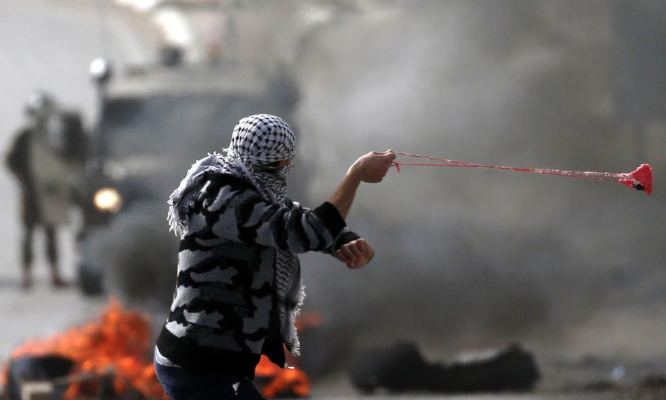 By Jonathan Cook, Nazareth, Israel: The United Nations postponed last week for the third time the publication of a blacklist of Israeli and international firms that profit directly from Israel’s illegal settlements in the occupied territories. The international body had come under enormous pressure to keep the database under wraps after lobbying behind the scenes from Israel, the United States and many of the 200-plus companies that were about to be named.

UN officials have suggested they may go public with the list in a few months.

But with no progress since the UN’s Human Rights Council requested the database back in early 2016, Palestinian leaders are increasingly fearful that it has been permanently shelved.

That was exactly what Israel hoped for. When efforts were first made to publish the list in 2017, Danny Danon, Israel’s ambassador to the UN, warned: “We will do everything we can to ensure that this list does not see the light of day.”

He added that penalising the settlements was “an expression of modern antisemitism”.

Both Israel and the US pulled out of the Human Rights Council last year, claiming that Israel was being singled out.

Israel has good reason to fear greater transparency. Bad publicity would most likely drive many of these firms, a few of them household names, out of the settlements under threat of a consumer backlash and a withdrawal of investments by religious organisations and pension funds.

The UN has reportedly already warned Coca-Cola, Teva Pharmaceuticals, the defence electronics company Elbit Systems and Africa Israel Investments of their likely inclusion. Israeli telecoms and utility companies are particularly exposed because grids serving the settlements are integrated with those in Israel.

There is an added danger that the firms might be vulnerable to prosecutions, should the International Crimimal Court at The Hague eventually open an investigation into whether the settlements constitute a war crime, as the Palestinian leadership has demanded.

The exodus of these firms from the West Bank would, in turn, make it much harder for Israel to sustain its colonies on stolen Palestinian land. As a result, efforts to advance a Palestinian state would be strengthened.

Many of the settlements – contrary to widely held impressions of them – have grown into large towns. Their inhabitants expect all the comforts of modern life, from local bank branches to fast-food restaurants and high-street clothing chains.

The settlements are also gradually being integrated into the global economy, as was highlighted by a row late last year when Airbnb, an accommodation-bookings website, announced a plan to de-list properties in West Bank settlements.

The company was possibly seeking to avoid inclusion on the database, but instead, it faced a severe backlash from Israel’s supporters.

This month the US state of Texas approved a ban on all contracts with Airbnb, arguing that the online company’s action was “antisemitic”.

As both sides understand, a lot hangs on the blacklist being made public.

If Israel and the US succeed, and western corporations are left free to ignore the Palestinians’ dispossession and suffering, the settlements will sink their roots even deeper into the West Bank. Israel’s occupation will become ever more irreversible, and the prospect of a Palestinian state ever more distant.

A 2013 report on the ties between big business and the settlements noted the impact on the rights of Palestinians was “pervasive and devastating”.

Sadly, the UN leadership’s cowardice on what should be a straightforward matter – the settlements violate international law, and firms should not assist in such criminal enterprises – is part of a pattern.

Repeatedly, Israel has exerted great pressure on the UN to keep its army off a “shame list” of serious violators of children’s rights. Israel even avoided a listing in 2015 following its 50-day attack on Gaza the previous year, which left more than 500 Palestinian children dead. Dozens of armies and militias are named each year.

The Hague court has also been dragging its feet for years over whether to open a proper war crimes investigation into Israel’s actions in Gaza, as well as the settlements.

The battle to hold Israel to account is likely to rage again this year, after the publication last month of a damning report by UN legal experts into the killing of Palestinian protesters at Gaza’s perimeter fence by Israeli snipers.

Conditions for Gaza’s two million Palestinians have grown dire since Israel imposed a blockade, preventing movement of goods and people, more than a decade ago.

The UN report found that nearly all of those killed by the snipers – 154 out of 183 – were unarmed. Some 35 Palestinian children were among the dead, and of the 6,000 wounded more than 900 were minors. Other casualties included journalists, medical personnel and people with disabilities.

The legal experts concluded that there was evidence of war crimes. Any identifiable commanders and snipers, it added, should face arrest if they visited UN member states.

Israel’s prime minister Benjamin Netanyahu, however, dismissed the report as “lies” born out of “an obsessive hatred of Israel”.

Certainly, it has caused few ripples in western capitals. Britain’s opposition leader Jeremy Corbyn was a lone voice in calling for an arms embargo on Israel in response.

It is this Israeli exceptionalism that is so striking. The more violent Israel becomes towards the Palestinians and the more intransigent in rejecting peace, the less pressure is exerted upon it.

Not only does Israel continue to enjoy generous financial, military and diplomatic support from the US and Europe, both are working ever harder to silence criticisms of its actions by their own citizens.

As the international boycott, divestment and sanctions movement grows larger, western capitals have casually thrown aside commitments to free speech in a bid to crush it.

France has already criminalised support for a boycott of Israel, and its president Emmanuel Macron recently proposed making it illegal to criticise Zionism, the ideology that underpins Israel’s rule over Palestinians.

More than two dozen US states have passed anti-BDS legislation, denying companies and individual contractors dealing with the government of that particular state the right to boycott Israel. In every case, Israel is the only country protected by these laws. Last month, the US Senate passed a bill that adds federal weight to this state-level campaign of intimidation.

The hypocrisy of these states – urging peace in the region while doing their best to subvert it – is clear. Now the danger is that UN leaders will join them.