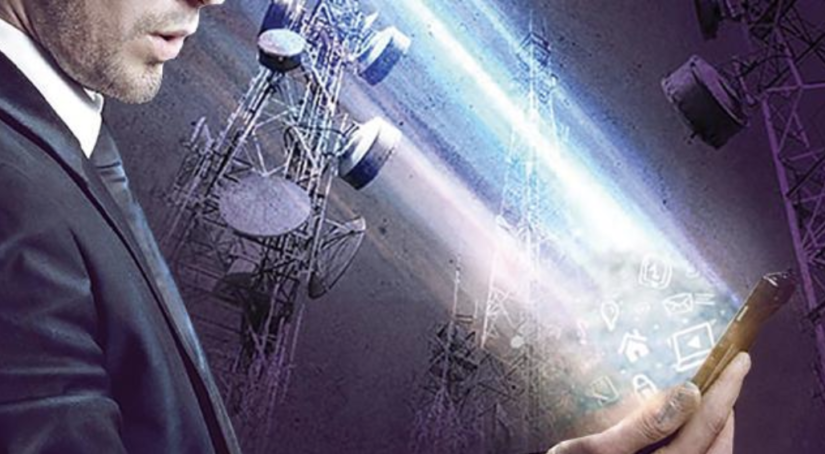 Simply saying that more health research is needed on 5G —the latest generation of cell phone technology— can be hazardous to your reputation.

Last May, the New York Times tried to take down David Carpenter, a public health physician and the country’s most prominent 5G critic. Veteran science writer William Broad painted Carpenter as a willing tool of a disinformation campaign promoted by RT America, a TV network which he described as “the cat’s paw of Russian president, Vladimir Putin.” The page-one story ran under the headline, “Your 5G Phone Won’t Hurt You But Russia Wants You To Think Otherwise.”

Two months later, on July 16, Broad was back for another hit on Carpenter. This time, he was given most of the front page of the Times’ Tuesday science section, to portray Carpenter as a fringe player working “hard to revise established science.”

Much of what Broad wrote was fiction. (See “A Fact-Free Hit on a 5G Critic.”)

Now Scientific American has ambushed Joel Moskowitz, one of the few other academics willing to state the obvious: No one knows whether 5G is safe. Moskowitz, based at the University of California, Berkeley, School of Public Health, runs the widely read blog, Electromagnetic Radiation Safety. This new attack, written by David Grimes, an Irish physicist and science columnist, is vicious. Grimes labels Moskowitz a scaremonger —it’s in the headline: “Don’t Fall Prey to Scaremongering about 5G.”

We may argue about the strength of the link between cell phone radiation and cancer but not whether the NTP found one. The NTP concluded, without qualification, that its $30 million animal study found “clear evidence” of an association.

But that’s just the beginning. Grimes goes on to portray Moskowitz as falling victim to “illusory truth,” accusing him of “alarming ignorance” and disseminating “groundless falsehoods.” Moskowitz’s outlook is “most certainly a fringe view” which pivots on “fatally flawed conjecture,” according to Grimes. He saves the worst for last, comparing Moskowitz and anti-5G activists to liars and anti-vaxxers: “One need only look to the alarming renaissance of once-conquered diseases, driven by anti-vaccine disinformation online —the human cost when superstition and mendacity outpace science.”

But it’s Grimes who gets the science all wrong. He claims that the cancer findings of the U.S. National Toxicology Program (NTP) are a “canard.” This is simply not so. We may argue about the strength of the link between cell phone radiation and cancer but not whether the NTP found one. The NTP concluded, without qualification, that its $30 million animal study found “clear evidence” of an association. Grimes calls this claim “profoundly misguided,” citing as backup only an isolated blog post from May 2016, two-and-a-half years before the final NTP report was released.

Grimes is also wrong about Interphone: this 13-country epidemiological study shows a link, according to an expert panel convened by the International Agency for Research on Cancer (IARC). Grimes touts the Danish cohort study as a “most reliable” example of a study showing cell phones are safe, but, in fact, it’s of dubious quality, again according to the IARC panel, as well as just about everyone who has read beyond the abstract. Radar radiation has not been exonerated from cancer risks, as Grimes would have us believe —his claim is based on a literature review by a group of industry consultants.

On and on it goes, one distortion after another, most taken from industry’s propaganda playbook.

Grimes’s piece is the third on 5G radiation and health to appear in Scientific American in just the last few months. The first was by Ken Foster, an emeritus professor of bioengineering at the University of Pennsylvania, in mid-September. Foster has long maintained that microwaves have not been shown to cause injury —including cancer— other than by heating tissue. Moskowitz wrote to Scientific American and asked for permission to reply. The editors agreed and his rebuttal was posted on October 17.

Then Lemonick changed his plans and published Grimes’s hatchet job. While it took the editors close to a month to run Moskowitz’s rebuttal to Foster, Grimes’s piece appeared just 11 days after Moskowitz’s.

“I asked Lemonick what had changed his mind,” Moskowitz told me over Skype. “He replied that Grimes had contacted him and made what he called a persuasive case that my piece needed to be rebutted.”

Not long afterwards, I picked up the thread and asked Lemonick what Grimes had told him that he found so persuasive. “Grimes’s arguments were essentially the same as those that appeared in his essay,” Lemonick wrote back.

Grimes has a history of writing polemical attacks on those who reject the industry’s rosy picture that cell phone radiation is unquestionably safe. Last year, he went after two American journalists —Mark Hertsgaard and Mark Dowie— who accused the cell phone industry of a coverup. Their story, “How Big Wireless Made Us Think That Cell Phones Are Safe,” originally ran as a “special investigation” in the Nation. A couple of months later, the U.K. Observer, a major Sunday newspaper, published an abridged version of their exposé. Grimes hit back in the Guardian, the Observer’s sister paper. There he covered much of the same ground as what he would later present in Scientific American, including accusations of scaremongering and the nightmare of “vaccine panic.”

The Foster and Moskowitz opinion pieces were a standard pro/con exchange. Neither wrote anything surprising. Each made his case in a civil, respectful manner. Indeed, Foster co-authored a similar argument about microwaves (but of course not 5G) in an article for Scientific American magazine more than 30 years ago! Anyone who follows Moskowitz’s blog would be familiar with his point of view.

Why did Lemonick cave to Grimes and allow the conversation to degenerate into name-calling and science fiction? Perhaps he couldn’t say no to someone who presents himself as a visiting cancer researcher at the University of Oxford, even if his day job is being a postdoc at Queen’s University, Belfast. Was it a lack of fact-checking? Maybe both?

I asked Lemonick again what made him do it. He quickly replied that he would take “another look,” adding, “I certainly don’t want to mislead our readers or give Dr Moskowitz unfair treatment.”

As it happened, at the same time Lemonick and I were exchanging emails about Grimes and Moskowitz, Scientific American came under fire over another opinion piece. This one was on the subject of women’s health. The article criticized a gynaecologist, Jennifer Gunter, the author of The Vagina Bible, who became a star on social media after taking on Gwyneth Paltrow and her Goop business empire. In this case, Scientific American buckled and, within four days, removed the piece from its website. (It is still accessible in the Internet Archive.)

My best guess is that the decision to publish Grimes’s diatribe can be attributed to the success of the industry campaign to discredit anyone who even suggests that cell phone radiation may have negative effects.

In the press reports that followed, Lemonick was quoted as saying the magazine had “failed in our responsibility to do a thorough fact-check.” Whatever its faults, the now-deleted text is less strident than Grimes’s assault on Moskowitz. That Gunter has more than 270,000 politically active Twitter followers no doubt helped her side draw Scientific American’s attention. Moskowitz has fewer than 2,000 followers.

My best guess is that the decision to publish Grimes’s diatribe can be attributed to the success of the industry campaign to discredit anyone who even suggests that cell phone radiation may have negative effects. As a result, otherwise thoughtful editors are willing to spike the most vanilla statement that more research is needed. It appears that they don’t think it matters, because claims of microwave health effects are nothing more than junk science.

Still, that doesn’t explain why Scientific American, in an Orwellian move, deleted Moskowitz’s article from its listing of opinion pieces. If you search the magazine’s website for “Joel Moskowitz” all you get is Grimes’s attack on him.

As to whether Grimes had been fact-checked, Lemonick said, “Our fact-checking of opinion pieces has traditionally been less rigorous than that of reported pieces, but we’re reviewing that policy.”

By Louis Slesin – Editor Microwave News – reporting on the potential health and environmental impacts of electromagnetic fields and radiation and widely recognized as a fair and objective source of information on this controversial subject.

5G – What’s true, what’s not and what you really need to know

5G: Lives at risk if wireless technology demands are not held in check – UN weather watchdog