Palestine: There is a deeper, darker agenda afoot as the US cuts UNRWA funding 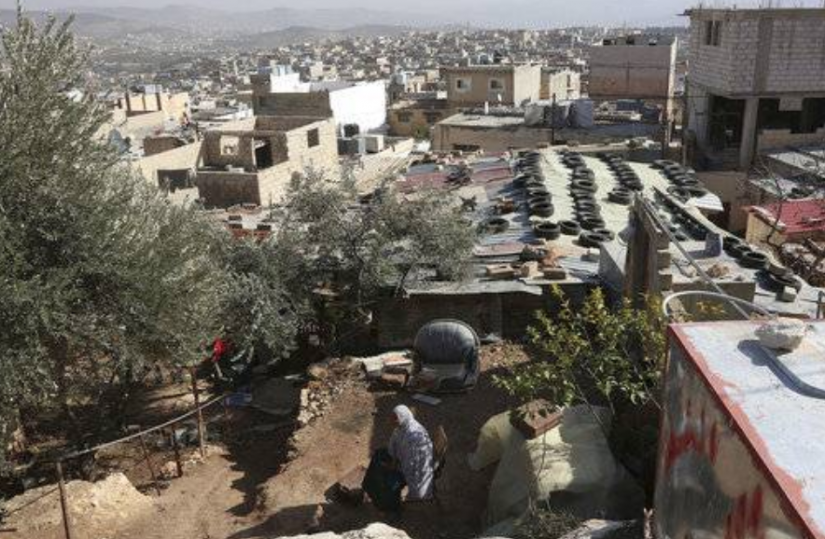 By Jonathan Cook – Nazareth, Israel: Refugees are the final loose end in forcing Palestinians to accept Trump’s ‘deal of the century’ peace plan

The Trump administration’s decision to scrap all future aid payments to the main agency helping Palestinian refugees marks a new – and most likely disastrous – chapter in the Israeli-Palestinian conflict.

The US State Department said on Friday it would no longer continue its $360 million annual contributions to the United Nations Relief and Works Agency for Palestine Refugees (UNRWA), depriving it of a third of its budget. US officials described the organisation as “irredeemably flawed”.

The move follows an announcement last week that Washington had slashed $200 million from other aid programmes for the Palestinians.

About five million Palestinians – many languishing for decades in refugee camps across the Middle East – rely on the agency for essential food, healthcare and education.

Other states in the Middle East have reason to be fearful. Jordan’s foreign minister, Ayman Safadi, warned on Saturday that the denial of aid would “only consolidate an environment of despair that would ultimately create fertile grounds for further tension”.

Jordan, which hosts two million Palestinian refugees, has called a meeting at the UN later this month, along with Japan, the European Union, Sweden and Turkey, to “rally political and financial support” for UNRWA.

Traditional American and European backing for the UN agency could be viewed as reparations for their complicity in helping to create a Jewish state on the ruins of the Palestinians’ homeland. That act of dispossession turned the Palestinians into the world’s largest stateless population. Except there are few signs of guilt.

The handouts provided via the UN have served more like “hush money”, designed to keep the Palestinians dependent and quiet as western states manage a crisis they apparently have no intention of solving.

That was why the European Union hurriedly promised to seek alternative funds for UNRWA. It noted that the agency was “vital for stability and security in the region” – a stability that has enabled Israel to disappear the Palestinians, uninterrupted, for seven decades.

The Trump administration, by contrast, is more brazen about the new way it wishes to weaponise aid.

US officials have not concealed the fact that they want leverage over the Palestinians to force them to submit to Donald Trump’s long-promised “deal of the century” peace plan.

But there is a deeper and darker agenda afoot than simply reviving failed negotiations or pandering to the Trump administration’s well-known antipathy towards international institutions.

Over the past 25 years, peace talks have provided cover for Israel’s incremental takeover of what was supposed to be a future Palestinian state. In the words of Palestinian lawyer Michael Tarazi, while Israel and the Palestinians were discussing how to divide the pizza, Israel ate it all.

So Mr Trump’s team has, in effect, reverse-engineered a “peace process” based on the reality on the ground Israel has created.

If Israel won’t compromise, Mr Trump will settle the final-status issues – borders, Jerusalem and the refugees – in the stronger party’s favour. The only hurdle is finding a way to bully the Palestinians into acceptance.

In an indication of how sychronised Washington and Israel’s approaches now are, Israeli prime minister Benjamin Netanyahu and the US ambassador to Israel, David Friedman, made almost identical speeches last week.

In an address to American Jewish leaders, Mr Friedman noted that a “different way of thinking” prevailed in the Middle East. “You can’t talk your way, you just have to be strong,” he said.

The next day, Mr Netanyahu reiterated that message. He tweeted: “The weak crumble, are slaughtered and are erased from history while the strong, for good or for ill, survive.”

That sounded uncomfortably like a prescription for the Palestinians’ future.

Israel has already carved out its borders through the ethnic cleansing campaigns of 1948 and 1967. Since then, it has mobilised the settlers and its military to take over almost all of the remnants of historic Palestine. A few slivers of territory in the West Bank and the tiny coastal ghetto of Gaza are all that is left for the Palestinians.

A nod from the White House and Israel will formalise this arrangement by gradually annexing the West Bank.

As far as Jerusalem is concerned, Mr Trump recognised it as Israel’s capital by moving the US embassy there in May. Now, even if it can be born, a Palestinian state will lack a meaningful capital and a viable economy.

The final loose end are the refugees.

Some time ago, Palestinian President Mahmoud Abbas surrendered their right – sanctioned in international law – to return to their former lands in what is now Israel.

Instead, the question was whether Israel would allow the refugees encamped in Lebanon, Syria and Jordan to move to the West Bank and Gaza and become citizens of a Palestinian state.

But if Israel refuses to concede a Palestinian state, even that minimal ambition is doomed.

Israel and the US have an alternative solution. They prefer to dismantle UNRWA and disappear the Palestinians in the swelling tide of refugees spawned by recent Western interventions in Iraq, Syria, Libya and Afghanistan. On Sunday Mr Netanyahu welcomed what he called a US move to “abolish the refugee institution, to take the funds and really help rehabilitate the refugees”.

The US and Israel want the Palestinian refugees to fall under the responsibility of the UNHCR, the UN’s umbrella refugee agency – or better still, their host countries.

In a leaked email reported by Foreign Policy magazine this month, Jared Kushner, Mr Trump’s son-in-law and adviser, wrote that it was time to “disrupt UNRWA”. He added that “sometimes you have to strategically risk breaking things in order to get there”.

Central to that disruption is stripping millions of Palestinians of their status as refugees. The Trump administration is due to publish a report later this month, according to Israeli media, that will propose capping the Palestinian refugee population at 500,000 – a tenth of the current number.

Mr Kushner has reportedly been leaning on Jordan to revoke the status of its two million Palestinian refugees, presumably in return for US compensation.

When UNRWA’s mandate comes up for renewal in two years’ time, it seems assured Washington will block it.

Israel and the US are close to their goal: transforming a political conflict governed by international law that favours the Palestinians into an economic problem overseen by an array of donors that favours Israel.

(Main image – This photo taken Wednesday, Feb. 8, 2017, shows the Jerash refugee camp, home to about 30,000 Palestinians. The plight of Palestinians uprooted by Israeli-Arab wars now spans five generations, one of the longest-running refugee crises. As the second wave of displacement hits the half-century mark, a solution for millions of refugees and their descendants is more distant than ever)