Palestinian Authority – no longer crying wolf over its imminent collapse 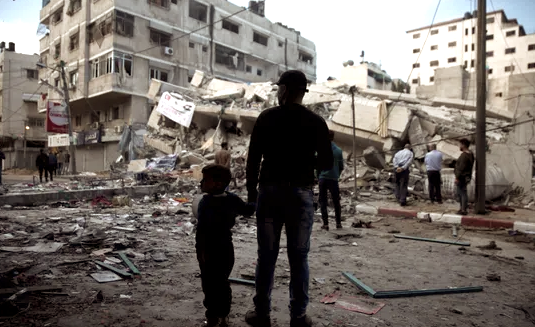 By Jonathan Cook, Nazareth, Israel: We have been here many times before. However, on this occasion, even the principal actors understand that the Palestinian Authority is not crying wolf as it warns of imminent collapse. The crisis is entirely of Israel and Washington’s making.

Keen to pander to hawkish public opinion in the run-up to last month’s election, Israel’s Prime Minister Benjamin Netanyahu struck a severe blow against Mahmoud Abbas and his government-in-permanent-waiting.

He announced that Israel would withhold a portion of the taxes it collects on behalf of the Palestinians, and which it is obligated under the Oslo accords to pass on to the PA, based in the West Bank.

The money deducted is the sum the PA transfers as stipends to the families of political prisoners and those killed and maimed by the Israeli army.

This is an incendiary issue, as Netanyahu well knows, given that Palestinians view these families as having made the ultimate sacrifice in the struggle to liberate their people from brutal Israeli occupation.

Abbas cannot be seen to back down, and so has refused to accept any of the monthly tax transfers until the full sum is reinstated, amounting to nearly two-thirds of the PA’s revenues.

Given how precarious Palestinian finances are, after decades of resource theft and restrictions on development imposed by Israel, the PA is already on the brink of bankruptcy.

The problem for Netanyahu and Washington is that the PA was established – under the 25-year-old Oslo accords – to take the pressure and costs off Israel of policing the Palestinian population under occupation.

If the PA collapses, so do the Palestinian security forces that have been keeping order in the West Bank as Israel has continued to plunder Palestinian land and resources.

Which means that, despite his recent electoral triumph, Netanyahu is in a serious bind.

He cannot be seen by his even more rightwing coalition partners to be climbing down and restoring stipends to people Israelis view simply as “terrorists”.

Equally, he dares not risk a Palestinian uprising in the West Bank. That would be a real possibility if the Palestinian economy implodes and there are no Palestinian security forces to suppress the resulting wave of popular anger.

A preview of the difficulties in store was given at the weekend, when more than 600 rockets were fired out of Gaza, threatening the cancellation of the Eurovision song contest in Israel later this month.

By Sunday evening, four Israelis were reported dead, while 20 Palestinians had been killed by Israeli airstrikes. The Palestinian fatalities included two pregnant women and a toddler.

There is also the danger, from Israel’s point of view, that if Abbas’s PA collapses, the void in the West Bank will be filled by his Hamas rivals, who run Gaza. Israel has been delighted to keep the Palestinian territories divided under feuding Fatah and Hamas leaderships.

A way out – or a change of tack – is urgently required.

Israel has tried twice to quietly make partial tax transfers to the PA’s bank account, in the hope the money would be accepted. The PA returned it.

Then, the European Union stepped in. Ostensibly an “honest broker”, it appears to be occupying a role the Trump administration has formally abandoned. The EU proposed last week that the PA accept the transfers on a “provisional basis” until the crisis can be resolved.

PA officials were dismissive. “Let the people take to the streets,” one said. “We have our backs to the wall.” The PA line is that in the current climate, if it backtracks, Israel will simply intensify unilateral measures harming the Palestinian cause.

So now, more in desperation than any realistic prospect of achieving peace, attention is turning to Donald Trump’s long-promised “deal of the century”.

After endless delays, the US administration now seems to be preparing for its release next month, soon after the holy month of Ramadan finishes.

The plan’s main architects, Trump’s son-in-law Jared Kushner and his Middle East envoy Jason Greenblatt, have issued a spate of statements hinting at the contents.

Greenblatt has sought to reassure neighbouring Egypt and Jordan that they will not shoulder the burden. He discounted rumours either that Gaza’s Palestinians would be encouraged to move to the Sinai, in a land swap that would allow Israel to annex parts of the West Bank, or that Jordan would find itself recast as an alternative Palestinian homeland.

Kushner, meanwhile, has strongly suggested that the goal of a two-state solution, implied by the Oslo process, will finally be jettisoned. “New and different ways to reach peace must be tried,” he has said.

He has also stated that the plan will stress “economic benefits” for the Palestinians and “security” for Israel.

David Friedman, Trump’s ambassador to Israel and a stalwart ally of Israel’s most extreme settlers, has recently added that Israel will maintain security control of the West Bank.

According to analysts, these statements suggest the White House is preparing the ground for an offer to the Palestinians of “limited autonomy” – an outcome Arab officials confirmed to The Washington Post.

“Limited autonomy” would be a reformulation of Israel’s long-running ambition to thwart permanently Palestinian hopes of statehood – a policy the late Israeli academic Baruch Kimmerling once termed “politicide”.

Since the late 1970s, the Israeli right has advocated hemming Palestinians into enclaves where they are denied sovereignty.

The model of disparate cantons, effectively operating as glorified municipalities and surrounded by a sea of Israeli settlers, is little different from that of “black homelands”, or Bantustans, established in apartheid-era South Africa.

Now, it seems, the Trump administration is ready to support this racist idea as a way to promote regional peace.

The Americans hope that, with a few sweeteners, the Palestinians can be made to swallow this bitter pill. It is an idea Netanyahu has advanced for some time, with his talk of “economic peace” – or what might be better termed “economic pacification”.

But the current impasse on taxes shows that buying off the Palestinians with bribes, in return for the abandonment of core national goals, may not prove so easy.

With the PA close to collapse, it is hard to see how Trump’s deal of the century can do anything other than speed up the authority’s demise.