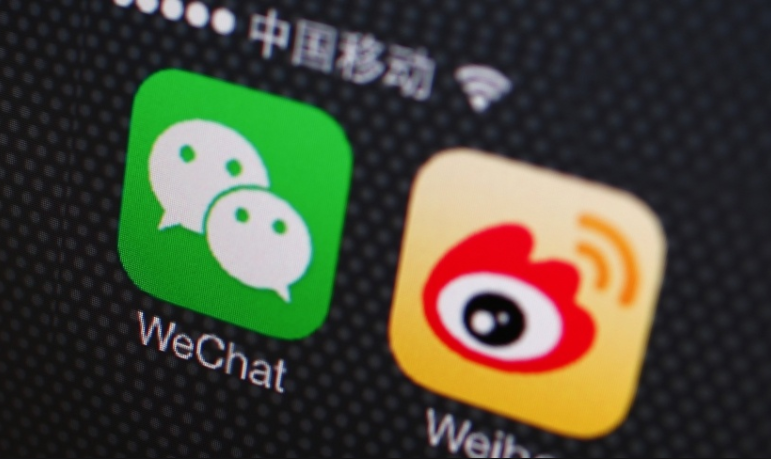 By Graham Vanbergen: Back in June last year I reported that China was already well advanced in the combining of social media to pre-crime technology to predict acts of terrorism. But it came with a warning that a social credit system was on the way and that eventually we would all be subject to being ‘managed’ in this way. Here is just a little bit more proof that our imaginary fears for a dystopian future are becoming more real as every day passes.

“In China, parts of the social credit mechanism have already been put into practice, according to Rogier Creemers, a researcher specialising in Chinese law and governance at the Van Vollenhoven Institute at Leiden University.

“When rules are broken and not rectified in time, you are entered in a list of ‘people subject to enforcement for trust breaking’ and you are denied access from things.” According to a document released by China’s State Council, “trust-breakers” can face penalties on subsidies, career progression, asset ownership and the ability to receive honorary titles from the Chinese government.

This is in a similar vein, to those who fail to repay debts and are punished by travel restrictions. Just last month, the Supreme People’s Court announced that 6.15 million people in the country had been banned from air travel for defaulting on court orders, according to local media.”

The program is unprecedented because there are no safeguards from privacy protection laws and minimal pushback from civil liberty advocates. In other words – the Chinese people have no choice but to accept social credit scoring as a method of policing.

Dec 2nd 2017 Futurism.com provides more evidence. “The Social Credit System seems relatively simple. Every citizen in China, which now has numbers swelling to well over 1.3 billion, would be given a score that, as a matter of public record, is available for all to see. This citizen score comes from monitoring an individual’s social behavior — from their spending habits and how regularly they pay bills, to their social interactions — and it’ll become the basis of that person’s trustworthiness, which would also be publicly ranked. It is a technological advancement so shocking to modern-minded paradigms that many can do little but sit back in defeatist chagrin as science fiction shows us its darker side.”

The companies that are working in this respect include China Rapid Finance, which is a partner of social network giant Tencent, and Sesame Credit, a subsidiary of Alibaba affiliate company Ant Financial Services Group (AFSG). Both Rapid Finance and Sesame Credit have access to intimidating quantities of data, the former through its WeChat messaging app (at present with over 900 million active users) and the latter through its AliPay payment service.

Then On Dec 27th 2017 it was reported by RT that China’s largest social media network, WeChat, is set to become an official electronic personal identification system in the country, with a WeChat ID pilot program launched in Guangzhou’s Nansha District.

The authorities in the southern province of Guangzhou announced that its citizens will soon be able to identify themselves through WeChat (‘Weixin’ in China), Xinhua reported. The virtual ID card will be as valid as a paper identification issued by the Chinese state, it added.

“It will provide access to online and offline government services and other things that require authentication such as hotel registration and ticketing. The move is aimed at preventing online identity theft, thanks to facial recognition technology used to verify applicants before providing them with online IDs.”

The ID cards are available in “lightweight” format when a simple proof of identity is needed and in “upgraded” format for more complicated cases, including those requiring business registration.

Over 30,000 people have applied for WeChat ID cards in the 24 hours following the launch of the trial. According to Xinhua, the program will swiftly cover the whole of Guangzhou, before being expanded to other regions of the country starting from January 2018.

The ID card project was co-developed by the research institute of the Chinese Ministry of Public Security and WeChat developers Tencent, with the support of the banking sector and several other government agencies.

According to Tencent, WeChat had 980 million monthly active users as of late September, making it the top social network in China.

Don’t think it will happen in western democracies? TruePublica reported via Insurge Intelligence just last week that: Facebook Will Become More Powerful Than The NSA In Less Than 10 Years

“Facebook is on track to become more powerful than the National Security Agency — so says a senior advisor to the US military intelligence community who predicted the rise of artificial intelligence and robot warfare. In less than a decade, Facebook’s growth will mean it potentially has the ability to monitor almost everyone on the planet. This will make the firm more powerful than any other government contractor in the world.”

In the meantime, a Guardian article reported that in Britain’s rapidly declining democracy, a truly disgraceful and quite scary use of technology was already in practice without public debate:

“Documents seen (by the Observer) show that this was a proposal to capture citizens’ browsing history en masse, recording phone conversations and applying natural language processing to the recorded voice data to construct a national police database, complete with scores for each citizen on their propensity to commit crime. The plan put to the minister was like Minority Report. It was pre-crime. And the fact that Cambridge Analytica (the company involved in data collection and Britain’s EU referendum result) is now working inside the Pentagon is, absolutely terrifying.”

This actually really does sound worse than some sort Orwellian nightmare. Our future is increasingly looking like a place of decay and despair where new technologies fail to bring us anything like the liberty and well-being it promised.