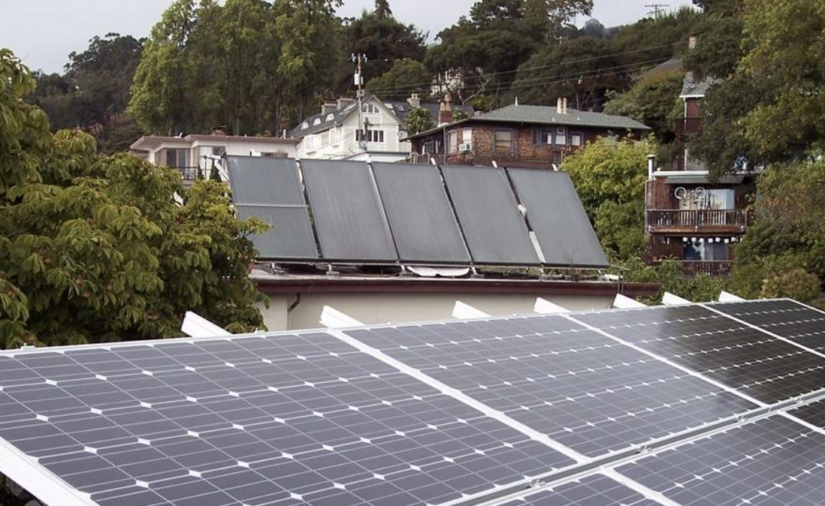 By Kieran Cooke: As more households and industries have opted to harness the sun’s energy, a small but definite shadow is nagging at the many manufacturers who have put their faith in solar power’s future.

Prices have fallen dramatically: according to the International Energy Agency, the cost of producing electricity from solar energy dropped 80% over the past decade. But a mix of international economic rivalries and human rights issues could hamper the onward expansion of solar around the world.

Up till 15 years ago companies in Europe and Japan dominated the solar manufacturing industry. That has all changed: as with so many manufactured products, China now accounts for the bulk of solar equipment produced globally, with about a 70% share.

China itself is also by far the world’s biggest market for solar: about half of all solar power installed round the globe is in China.

China-based companies have invested heavily in sophisticated manufacturing facilities and in research and development. The country’s dominance of the solar manufacturing sector has caused concern in some countries.

Manufacturers of photovoltaic panels and other solar products in East Asia, the US and Europe have alleged that cheaper, state-subsidised goods from China have hampered development of home-grown solar industries.

The former Trump administration in the US voiced increasingly strident opposition to what it saw as unfair trading practices by China: in early 2018 Washington slapped a 30% tariff on solar imports from China.

The resulting setback for the US solar market – and China’s exporters – was only temporary. The appetite in the US and elsewhere for solar power continues to grow.

In many countries, solar energy is out-competing fossil fuels on price. Meanwhile, new technologies and more efficient batteries mean large amounts of solar power can be stored for use in periods when the sun doesn’t shine.

In 2019 there was a 24% increase in the number of solar installations in the US, with utility companies, particularly in sunnier and more environmentally progressive states such as California, leading the solar surge.

Whether or not the new Biden administration in the US will soften the hard-line taken on China by former President Trump is uncertain.

Some feel that, while Biden might seek to ease trade tensions, there could be more emphasis on human rights issues, particularly in relation to the widely reported actions taken by Beijing against the Uighurs and other Muslim minorities in the north-western province of Xinjiang.

This could have serious implications for the solar industry, not only in China but worldwide. A number of China’s big solar manufacturers, some in partnership with foreign companies, have concentrated their operations in Xinjiang. The province accounts for the bulk of China’s production of polysilicon, one of the most important base materials for solar panels.

There have been reports not only about Uighurs and other groups in Xinjiang being forcibly herded into so-called re-education camps but also of local people being used as forced labour in solar and other industries.

Reacting to reports of widespread repression in the region, the US recently banned the import of tomatoes and cotton from Xinjiang.

The US Solar Energy Industries Association (SEIA) – a trade body representing the US solar industry and a sector employing an estimated 250,000 people – said it was taking the reports very seriously.

Beijing has described the reports of forced labour in the province as “the biggest lie of the century”.

Hinkley point C: Will the most expensive building project in the world grind to a halt?