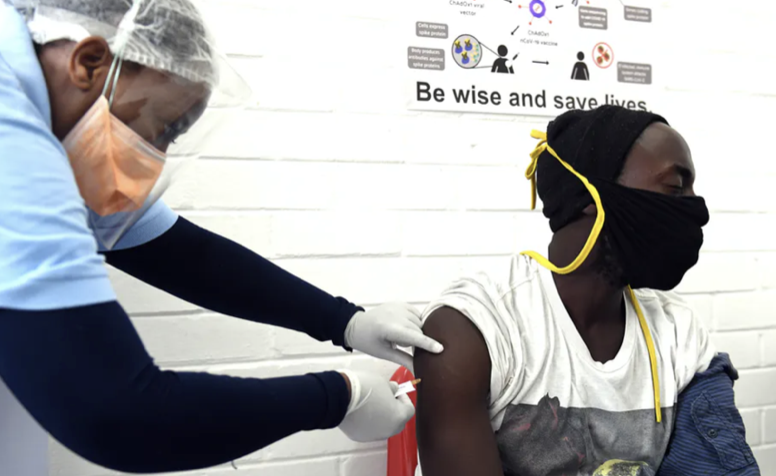 Campaigners have said it is “deeply alarming” that South Africa is reportedly now being charged nearly 2.5 times the price paid by most European countries for Oxford-AstraZeneca’s Covid-19 vaccine, claiming such inequality is now a core obstacle to controlling coronavirus [source].

South Africa’s government is struggling to buy vaccines as cases soar in the country. Most vaccines have been pre-purchased by rich countries, with the international distribution mechanism, COVAX, desperate for funds to buy vaccines. South Africa has recently managed to obtain 1.5 million vaccine doses bilaterally to treat its health workers, but it was reported yesterday that the government had been charged $5.25 per dose, while EU members are believed to be paying just $2.16 per shot. AstraZeneca previously promised to cap prices at $3 per dose.

“As cases spread, mutations will continue to manifest and threaten all of our efforts to contain this disease. The unfair patent system is now one the biggest obstacles to defeating this virus.”

The report came on the day it was revealed the World Health Organisation initiative to share the science and know-how for coronavirus medicines had received no contributions. Campaigners said it had effectively been boycotted by Big Pharma and rich governments.[source]

“South Africa’s desperate predicament is a symptom of the shocking failure of rich countries to deal with this virus in a fair and effective manner. Like many African countries, cases are soaring in South Africa, yet many countries will find a European-style lockdown impossible. As cases spread, mutations will continue to manifest and threaten all of our efforts to contain this disease. The unfair patent system is now one the biggest obstacles to defeating this virus.

“We are calling on Astra Zeneca to explain how this pricing has happened, given their promise to cap charges. This is the problem when you have essential medicines in the hands of big business, with almost no transparency as to pricing. We urgently need technology and patents placed in public hands, so we can share this knowledge and produce more vaccines now. Our ability to defeat this virus fairly and effectively depends upon it.”