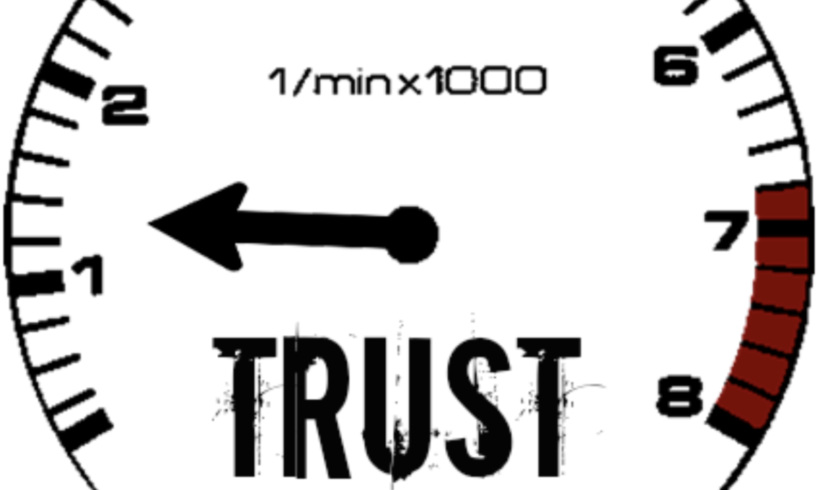 In the mid-1990s Francis Fukuyama’s influential book Trust: The Social Virtues and the Creation of Prosperity laid the foundation for studies of societal trust and informed the creation of the Edelman Trust Barometer, which we at TruePublica refer to quite extensively. Fukuyama argued that only those societies with high levels of trust and “social capital” (shared values and ties beyond family connections), supported by strong legal frameworks, would be able to compete successfully in the then-burgeoning global economy. In ‘The End of History’, he famously claimed that the liberal democratic system had conquered rival ideologies like hereditary monarchy, fascism, and communism to become “the final form of human government” and as such constituted “the end of history.”

Fukuyama’s insights were valid for his era, but in the 25 years since then, the long-standing assumptions that supported his arguments have been challenged. The post-WWII triumph of liberal democracy and its solid legal framework has fallen to doubts about the effectiveness of democratic government. A society that was built on the success of business is now questioning capitalism’s ability to improve the fortunes of all, not just elites.

Non-democratic societies have become global economic forces, while in developed democracies, stalled income and fears of downward mobility overwhelm people’s optimism about the future. A media that once proudly stood for its freedom from influence is now slanted with opinion and polluted with fake news that forces us to question whether information is truthful. A dispersion of authority has evolved a top-down world into a peer-driven one; people now look to each other more than to leaders.

83% of people worry about losing their jobs, 61% worry technology is moving too fast, 76% worry that fake news is being used as an informational weapon and 66% simply no longer believe their leaders are up to the job

For people, confidence in their own future and prosperity has been substantially weakened. The Edelman Trust Barometer showed last year that 83% of people worry about losing their jobs, 61% worry technology is moving too fast, 76% worry that fake news is being used as an informational weapon and 66% simply no longer believe their leaders are up to the job. No institutions are seen as ethical any more other than NGO’s.

Trust in the UK in just about everything has continued to fall over the last 20 years to alarming levels. Trust in NGO’s, business and government have all fallen but trust in the media is so bad there is only one country in the report worse – and that is Russia.

Overall, there have been five global events that have led to an overall lack of trust in the first decade of this century:

Concerns about globalization: The celebrated benefits of free trade were supplanted by concerns about economic dislocation, due to the outsourcing of jobs to lower-cost markets. For example, manufacturing employment in the U.S. fell over 28 percent, or by nearly 5 million jobs, from 2000 to 2018. In the UK – employment in manufacturing fell from 6.7m in 1978 to 2.6m in 2013 and has now flatlined.

The Iraq War: The ill-conceived invasion of Iraq led to a destruction of trust in the United States and the U.K. and their governments.

Global recession of 2008-09: Global business titans such as GM, Citibank, Royal Bank of Scotland and AIG were compelled to accept emergency government assistance, while 13 million Americans lost their homes in the subprime mortgage crisis. The crash was foreshadowed by the burst of the dot-com bubble of the late 1990s and the economic downturn in developed countries in the early 2000s. The subsequent recession in the UK became known the Great Recession as it was the deepest since the last World War and longest for over 200 years. Austerity was rolled out causing significant economic and human harms.

The advent of social networks: Social media accelerated the deterioration of the traditional media business model, forcing drastic cutbacks in reporting staff, and fuelled a stunning change in the trust construct. Trust moved from the classic top-down vertical model, dependent on traditional leaders such as CEOs or Prime Ministers, to a horizontal one, in which people rely more on friends, family and “a person like me.” Trust has continued to fall, especially in the UK with the country immersed in fake news and government generated propaganda and misinformation campaigns during the EU referendum and subsequent elections.

The rise of China and India: The World Bank called China’s economic rise “the fastest sustained expansion by a major economy in history.” India joined the boom in the late 2000s. One billion people were lifted out of poverty, and by the end of the next decade, China, India and the U.S. would rank as the world’s top three economies. This is causing geopolitical problems as America is now being economically and politically challenged by the rise of Asia. These tensions are likely to spill over into recessions, loss of household income and employment prospects.

In the second decade, the above then led to:

Mass-Class Divide: Over the past several years, trust among the informed public has soared to record highs while the mass population continues to distrust institutions. This profound ideological divide is now in the double-digits in more than two-thirds of markets, providing ample ground for nationalism, protectionism and insurgent grassroots movements. We now observe an Alice in Wonderland moment of elite buoyancy and mass despair.

New Expectations of Business and CEOs: In the past two years, “my employer” has ranked as the top institution, more than 20 points higher than business in general. This is a function of full employment and empowered employees who are demanding that companies be governed by societal values, not simply shareholder value. They expect their company CEO to speak out on issues of the time, from diversity to retraining, that historically have been the province of government. Employees are taking action, confronting their employers through walkouts and boycotts of work assignments not consistent with company purpose. Citizens are organizing into spontaneous protest groups such as the Yellow Vests in France or Women’s Wall in India, not waiting for traditional NGOs to lead them.

The Failure of Government: Government rode to the rescue after the Great Recession, and the economy recovered. But it didn’t return to normal, as wages of middle-income earners were stagnant while the top 1 percent soared. Beginning in 2012, a gaping chasm in opinion of institutions opened in the U.S., U.K. and France, the beginning of populist outrage against elites. Trust in government dipped first in developed markets after the Brussels impasse on Greek debt relief, then in developing markets, as a wave of corruption through Latin America and Africa engulfed elected officials (e.g., the bribery scandal surrounding Odebrecht, the Brazilian engineering conglomerate). The sole exception continues to be state-run economies like China and the UAE, where government trust is high.

The Battle for Truth: An increasing dependence on social media as a primary source of information allowed individual experience to eclipse expertise as the basis of content. Social media brought about an epidemic of fake news that is now undermining democratic institutions. The public is increasingly opinionated, reverting to thought bubbles that reinforce presumption and bias. Fake news also has raised levels of scepticism and gullibility; responsible content counters both.

The Dominance of Fears Over Optimism: Despite near full employment in most countries, a majority of respondents do not believe that they and their families will be doing better five years from now. Eighty-three percent of the general population are worried about losing their jobs; 58 percent believe that they are not sufficiently well-trained for the jobs of the future. The rise of populism in recent years is a response by general population employees to government’s bad stewardship of these fears and others, including globalization and income inequality.

In the end, the centre-ground for rebuilding trust is about ethics. NGO’s business, government and the media are the institutions that support civil society. If they are tainted with transparency, bribery and corruption issues, they inevitably lead to being politicised. Integrity and honesty seem to have all but vanished with government and business being viewed as only serving the few – with confidence in government coming out worst overall.

This has also led to a collapse not just of trust in business or government leaders but also of religious leaders as well. There seems to be no light at the end of this tunnel – trust continues to fall.