The Truth About The Global Hacking Industry 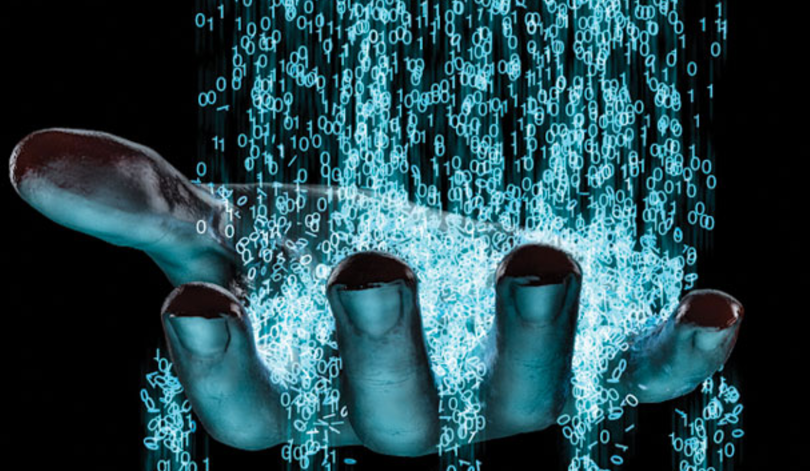 By Graham Vanbergen: The Internet is the global system of interconnected computer networks that use the Internet protocol suite (TCP/IP) to link devices worldwide. It is a network of networks that consists of private, public, academic, business, and government networks of local to global scope, linked by a broad array of electronic, wireless, and optical networking technologies. It is right now under a global attack.

The Internet has brought unprecedented change to societies across the world in just the last decade and it is no wonder when you consider the following statistics: Google now processes over 40,000 search queries every second, which translates to over 3.5 billion searches per day or 1.2 trillion searches per year worldwide. Facebook now has over 2 billion monthly active users, and 1.15 billion of them use it every day whilst Twitter has 328 million active users, generating over 500 million tweets every day or nearly 200 billion a year. There are 1.3 billion YouTube users watching 5 billion videos every single day and 300 hours of video are uploaded every minute of every day.

Two years ago the most traded global commodity was oil, today it is data. The oil industry has dominated the global commodity market for a hundred years one way or another. In that time it has also been the cause of considerable geopolitical conflict – hardly surprising when you consider than more than four billion metric tons of oil is shipped worldwide every year.

The world’s largest internet company by revenue is Amazon. It now has a revenue of $136 billion. Its founder, Jeff Bezos is today reportedly worth $100 billion.

In 1991 the very first website went live. In 2014, an internet milestone was achieved when one billion websites were active. Today that number is 1.3 billion and rising at the rate of nearly 275,000 a day. Demand is increasing. Today there are 3.74 billion users plugged in to the internet worldwide, roughly half of all of humanity.

Internet advertising revenue has rocketed exponentially. With a projected $205 billion Internet ad spend compared to a projected TV ad spend of $192 billion, global internet advertising spend is expected to exceed TV advertising spend in 2017 for the first time ever. In the meantime, the internet attracts over $2 trillion in online sales with no decline in sight. And don’t forget that whilst reading this particular article, it is just one of two billion published every single day.

There’s a downside though. There always is.

A report from security firm Imperva found that for the first time, bots had overtaken human driven activity on the Internet. That report from October this year stated that 52 percent of online activity is now automated. However, it also found that nearly a third of this activity was driven with nefarious intent i.e. pushing political messages, propaganda and fake news.

And if you think that is bad, what comes next is much, much worse.

An unprecedented crime wave is now striking at the internet. Actually, this would be better described as an epidemic of criminality.

IBM Corp.’s Chairman, CEO and President, Ginni Rometty, recently said that cyber crime may be the greatest threat to every company in the world.

One example or corporate cyber-crime is the use of stolen financial information to undercut an acquisition target’s market value in order to later acquire the company at a fire-sale price.
“If they are successful, they could drain the full value of the company — that’s easily in the millions,” said Rich Mason, president and chief security officer of cybersecurity consulting firm Critical Infrastructure.

In the past few years more and more interest has been shown towards cyber-crime. And like oil, it’s a dirty business, which is also being increasingly recognised as a tool to destabilise not just organisations, but entire countries and regions. Just three years ago the Wall Street Journal estimated that the cost of cyber crime in the U.S. alone was approximately $100 billion.

That estimate was quickly disputed as other reports came forward that thought it was many times higher.

In 2015, the British insurance company Lloyd’s estimated that cyber attacks cost businesses worldwide as much as $400 billion a year, which includes direct damage plus post-attack disruption to the normal course of business. However, that report was also criticised for being conservative.

In the years 2013 to 2015, the actual cost of cybercrime attacks to business quadrupled and by all accounts, estimates and new trend analysis found it looks set to quadruple again by 2019.

What is statistically amazing here is that the best estimates now conclude that in just another two years the cost of data breaches will rise to $2.1 trillion globally by 2019.

An entire industry that almost matches that of global online sales will have emerged to defend it. But what is alarming is that the total amount of data that is hacked and subsequently either used directly for crime or sold to criminals is rapidly rising as well. The World Economic Forum Global Risk report of 2016 estimates that hackers will make off with $445 billion a year and if their success matches that of cyber-security, by 2020 it is reasonable to assume over $600 billion worth of data will have been stolen worldwide through hackers.

The World Economic Forum says a very significant portion of current cybercrime goes completely undetected, particularly industrial espionage where access to confidential documents and data is difficult to find. Those crimes would arguably move the needle on the cyber crime numbers much higher than thought. For instance, we now know that nearly 30,000 websites are infected with some type of malware each and every day.

On an individual basis this type of crime is thoroughly depressing. Nearly three quarters, 73 percent, of all Americans have fallen victim to some type of cyber crime, and 47% have had their personal information exposed by hackers. Over 27 million Americans have fallen victim to identity theft over the past five years and 86 percent of them had either a credit card or bank account raided with an average loss of nearly $8,000 per loss. That is $216 billion of direct losses in just one country with one type of hacker activity.

In 2014, it was estimated that over a billion personal data records were compromised worldwide by cyberattacks. Last year, there was a recorded 40 percent increase in data breaches caused by hacking. The year before, there was an increase of …. 40 percent on the year before – you can see where this is going.

Identity theft recovery process is long and arduous, and you could end up losing much more money in the process than you thought. You could lose money to: legal fees, added insurance, late payment fines, not least the distress and time to sort, which 7 percent state took more than a year.

Looking into the future we have other extreme threats that are already with us. Apple TouchID, a biometric identification system using your fingerprint has now gone mainstream. (Even three-year-old kids’ fingerprints are being captured when they visit Disney World.) Hailed as being safer than digit-based passwords, biometric security data presents a truly explosive opportunity in hackers’ hands.

In the aftermath of the compromise of 5.6 million US government military, civilian and contractor personnel fingerprints, Eva Velasquez, CEO of the Identity Theft Resource Center, explained that stolen fingerprints may be a big problem in the future if biometric technology is used to verify bank accounts, home security systems and even travel verifications. You always have the option of changing your password, but you can’t change your fingerprints. Recovering from compromised biometric intel is very hard indeed, at best.

Roman V. Yampolskiy is a tenured associate professor in the department of computer engineering and computer science at the Speed School of Engineering, University of Louisville. He is the founding and current director of the university’s cybersecurity lab and has created a report for the Harvard Business School on the matter. He reports that in future:

“The rise of AI-enabled cyberattacks is expected to cause an explosion of network penetrations, personal data thefts, and an epidemic-level spread of intelligent computer viruses. Ironically, our best hope to defend against AI-enabled hacking is by using AI. But this is very likely to lead to an AI arms race, the consequences of which may be very troubling in the long term, especially as big government actors join the cyber wars.”

According to that report an AI system can potentially have any combination of intelligence and goals. Such goals can be introduced either through the initial design or through hacking, or introduced later, in case of an off-the-shelf software — “just add your own goals.” Consequently, depending on whose bidding the system is doing (governments, corporations, sociopaths, dictators, military industrial complexes, terrorists, etc.), it may attempt to inflict damage that’s unprecedented in the history of humankind — or that’s perhaps inspired by previous events.

This AI arms race has a dimension that many of us have not considered yet. The risks are clearly real, as evidenced by the fact that some of the world’s greatest minds in technology and physics, including Stephen Hawking, Bill Gates, and Elon Musk, have expressed concerns about the potential for AI to evolve to a point where humans could no longer control it. And as the Harvard report goes on to say, such an event “has the potential to damage human well-being on a global scale.”

So here is a tiny hint on protecting yourself. A 6 digit or letter password takes hacker software about 10 minutes to crack. Adding two more digits or letters is reported to take 83 days and a mix of 10 letters, numbers and characters would take decades. However, recent hacker tools that can be bought on the internet make claims to be able to crack those 8 digit passwords in just 6 hours. So be vigilant.

Passwords should be at least eight characters long, free of consecutive identical characters. Don’t use all numbers or all letters and avoid reusing or recycling old passwords.