World Economy on the Brink 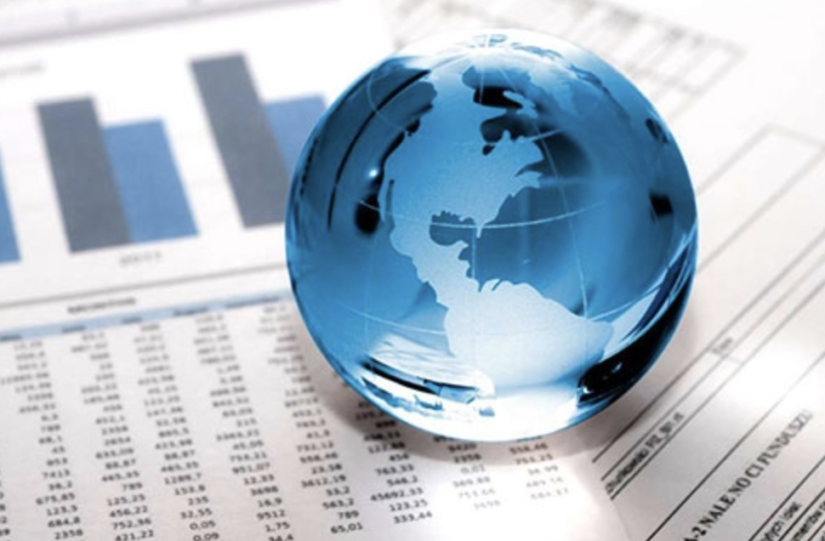 By Graham Vanbergen – TruePublica: 2019 has already proved to be the weakest global expansion in a decade and another fracture in the financial system is producing yet more rising dangers in shifting political economies – ill-prepared for a second assault like the last. Graham Vanbergen makes the case that there is a lot more at stake than just another recession.

It was Benjamin Franklin that opined that in this world nothing can be said to be certain, except death and taxes. Both, of course, are the normal consequences of living and since the birth of money – so are economic recessions. And it appears that no matter how much meddling and tinkering we humans do, even with the advantage of our collective history and technical advances – all three are as assured as each other.

It was not so long ago that the global banking system suffered its near-death experience. In its death rows, flashbacks of the 1920s depression years came and slowly went. The lessons of these and other recessions have still not been learned though. Our species is, after all, inherently flawed as are the financial systems we build around us.

Last year, in an article for The European Financial Review (The Predicted 2020 Global recession Oct 2018), I wrote that by late summer 2019, economists all over the democratic West would be talking of another financial crisis. They are, but with ever more shrill warnings of a repeat of the most ruinous economic slump in history, which is yet still to fully recede.

The IMF reports that that global economy is in a synchronized slowdown and is now performing at its slowest pace since the global financial crisis. In its October report – rising trade barriers, increased geopolitical tensions, low productivity growth and ageing demographics in advanced economies are the key issues. Investor confidence is also draining away. All these issues are a problem, but they were not unexpected. (1)

Crisis followed by the unexpected

The real problem is that the world has not faced up to the real aftermath of what happened in 2008 and unexpected events now dominate global growth as a result.

The impact of the last crash has been far more devasting than the financial ruin of millions. In its wake, the democratic world is seeing a shift of ideologies – the rise of populists, the far-right and religious conservatism. Isolationism, nationalism and racism are some of the hallmarks of its progress as are the declining middle-classes along with austerity – its ringleader.

Steve Bannon, the architect of Donald Trump’s ascendency to the Whitehouse likes to brand it ‘economic nationalism.’ The falsity of this is that its ideology takes greater control of the markets – far from the free-market system he espouses.

The impact of the last crash has been far more devasting than the financial ruin of millions. In its wake, the democratic world is seeing a shift of ideologies

Mervyn King, the former governor of the Bank of England has recently made the point that another global financial crisis is not just inevitable but actually en-route.

The Western banking system has proved beyond doubt that it was neither robust nor disciplined enough to make the necessary adjustments to future-proof markets and as King asserts – the democratic West is strolling blindfolded straight into a new slump, turning the Great Recession into an epoch.

King rightly warns that – “Another economic and financial crisis would be devastating to the legitimacy of a democratic market system – and sticking to the new orthodoxy of monetary policy and pretending that we have made the banking system safe means we are sleepwalking towards that crisis. No one can doubt that we are once more living through a period of political turmoil. But there has been no comparable questioning of the basic ideas underpinning economic policy. That needs to change.”

Nouriel Roubini the economist that advised the IMF, the US Federal Reserve and World Bank also warns of the rising dangers of these shifting political economies.

Roubini makes the point that there are four global collision courses being played out. First, is the zero-sum game of chicken represented by the US-China trade war. Then, the escalating and highly divisive political trench warfare in the UK over Brexit and its effects upon the European Union – (just as America starts prodding it with tariff barriers). Then, there is the potential fallout in the Middle-East as American influence wanes and finally, the economic implosions of South America. (3)

Roubini says that additional economic pressures are building into political outcomes and King asserts that the institutions put in place to protect global economies from another bank-led crisis don’t have the firepower to insulate from another emergency.

“A full-scale trade, currency, tech, and cold war between the US and China would push the current downturn in manufacturing, trade, and capital spending into services and private consumption, tipping the US and global economies into a severe recession. A failure to compromise would lead to a collision, most likely followed by a global recession and financial crisis.“

“Following the Great Inflation, the Great Stability and the Great Recession, we have entered the Great Stagnation. It is the failure to face up to the need for action on many policy fronts that has led to the demand stagnation of the past decade. And without action to deal with the structural weaknesses of the global economy, there is a risk of another financial crisis, emanating this time not from the US banking system but from weak financial systems elsewhere.”

The lethal combination of Trump’s global trade wars, Britain’s democratic failure to contain Brexit alongside Europe’s fragile euro and the aforementioned triggers of economic difficulties almost guarantee another fracture in a system ill-prepared for a second assault like the last.

It’s a stark fact that 2019 is setting the pace – it has already proved to be the weakest year of global expansion in a decade.

Last month’s United Nations trade and development body, Unctad warned that- “A spluttering north, a general slowdown in the south and rising levels of debt everywhere are hanging over the global economy: these combined with increased market volatility, a fractured multilateral system and mounting uncertainty, are framing the immediate policy challenge.”

The UN argues that the slowdown in growth in all the major developed economies around the world are relying on easy monetary policy and asset price rises to stimulate demand. This failure to act on the crisis of the last decade will produce, at best, “ephemeral’ growth, while tax cuts for corporations and wealthy individuals is failing to trigger productive investment.

The result of this failure of economic management is evidenced all over the world and even in historically stable countries. From months of rioting in France to mass public protests in Britain. The ‘just about managing’ are reacting against a political economy that is not working for them.

Anti-government protests or one-sided political economies have ignited protests in a dozen other countries around the world- and as the saying in Chile goes – “If there’s no bread for the poor, there’s no peace for the rich.”

The decade long economic perfect storm was passing but political ripples are once again turning into the breaking waves of economic shocks and dramatic political change with far-reaching implications.

Today, we are witnessing the failure of neoliberalism to deliver its ‘trickle-down’ promises and as this 40-year project of failure continues, the liberal global order is disintegrating. Autocratic rulers, demagogues and populists are now leading countries that contain well over half the world’s population. (4)

Our system of financing the global economy is the very cause of its own demise – with democracy now at threat even in places like Britain.

Neoliberalism is crushing its most revered jewel where tolerance, freedom and economic prosperity has quickly been replaced with its ugly twin – nationalism, not just in America but of all places in the world – in Britain.

It is not just the world economy that stands on the brink but the social democratic political systems that underpinned it.

Graham Vanbergen is the founder and contributing editor of TruePublica, author of Brexit – A Corporate Coup D’état and columnist for the European Financial Review