You Want a Picture of the Future? Science Fiction Has Arrived 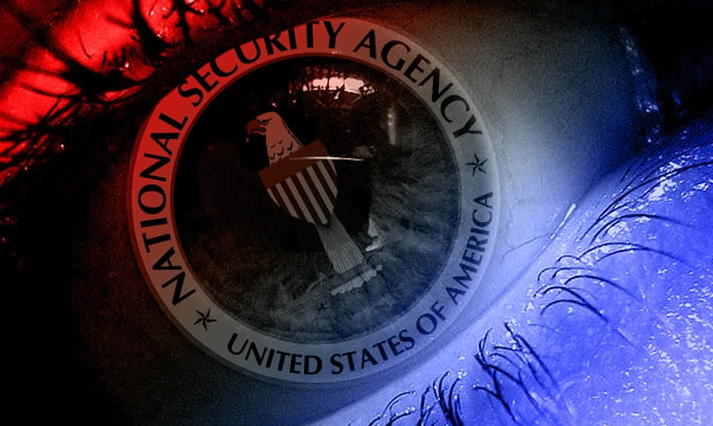 By John W. Whitehead: We have arrived, way ahead of schedule, into the dystopian future dreamed up by such science fiction writers as George Orwell, Aldous Huxley, Margaret Atwood and Philip K. Dick.

Much like Orwell’s Big Brother in 1984, the government and its corporate spies now watch our every move.

Much like Huxley’s A Brave New World, we are churning out a society of watchers who “have their liberties taken away from them, but … rather enjoy it, because they are distracted from any desire to rebel by propaganda or brainwashing.”

Much like Atwood’s The Handmaid’s Tale, the populace is now taught to “know their place and their duties, to understand that they have no real rights but will be protected up to a point if they conform, and to think so poorly of themselves that they will accept their assigned fate and not rebel or run away.”

And in keeping with Philip K. Dick’s darkly prophetic vision of a dystopian police state—which became the basis for Steven Spielberg’s futuristic thriller Minority Report which was released 15 years ago—we are now trapped into a world in which the government is all-seeing, all-knowing and all-powerful, and if you dare to step out of line, dark-clad police SWAT teams and pre-crime units will crack a few skulls to bring the populace under control.

Seemingly taking its cue from science fiction, technology has moved so fast in the short time since Minority Report premiered in 2002 that what once seemed futuristic no longer occupies the realm of science fiction.

All of this has come about with little more than a whimper from a clueless American populace largely comprised of nonreaders and television and internet zombies. But we have been warned about such an ominous future in novels and movies for years.

The following films may be the best representation of what we now face as a society.

Fahrenheit 451 (1966). Adapted from Ray Bradbury’s novel, this film depicts a futuristic society in which books are banned and serves as an adept metaphor for our obsessively politically correct society where virtually everyone now pre-censors speech.

THX 1138 (1970). This is a somber view of a dehumanized society totally controlled by a police state. The people are force-fed drugs to keep them passive, and they no longer have names but only letter/number combinations such as THX 1138. Any citizen who steps out of line is quickly brought into compliance by robotic police equipped with “pain prods”—electro-shock batons.

Soylent Green (1973). Set in a futuristic overpopulated New York City, the people depend on synthetic foods manufactured by the Soylent Corporation. The theme is chaos where the world is ruled by ruthless corporations whose only goal is greed and profit.

Blade Runner (1982). In a 21st century Los Angeles, human life is cheap, and anyone can be exterminated at will by the police (or blade runners). Based upon a Philip K. Dick novel, this exquisite Ridley Scott film questions what it means to be human in an inhuman world.

Nineteen Eighty-Four (1984). The best adaptation of Orwell’s dark tale, this film visualizes the total loss of freedom in a world dominated by technology and its misuse, and the crushing inhumanity of an omniscient state.

They Live (1988). John Carpenter’s bizarre sci-fi social satire action film makes an effective political point about the underclass—that is, everyone except those in power—the point being that we, the prisoners of our devices, are too busy sucking up the entertainment trivia beamed into our brains and attacking each other up to start an effective resistance movement.

The Matrix (1999). Humanity is at war against technology which has taken the form of intelligent beings, and computer programmer Thomas A. Anderson, secretly a hacker known by the alias “Neo,” is actually living in The Matrix, an illusionary world that appears to be set in the present in order to keep the humans docile and under control.

Minority Report (2002). This film poses the danger of technology operating autonomously. Before long, we all may be mere extensions or appendages of the police state—all suspects in a world commandeered by machines.

V for Vendetta (2006). This film depicts a society ruled by a corrupt and totalitarian government where everything is run by an abusive secret police. The subtext here is that authoritarian regimes through repression create their own enemies—that is, terrorists—forcing government agents and terrorists into a recurring cycle of violence.

Land of the Blind (2006). This dark political satire is based on several historical incidents in which tyrannical rulers were overthrown by new leaders who proved just as evil as their predecessors.

All of these films—and the writers who inspired them—understood what many Americans, caught up in their partisan, flag-waving, zombified states, are still struggling to come to terms with: that there is no such thing as a government organized for the good of the people. Even the best intentions among those in government inevitably give way to the desire to maintain power and control at all costs.

Eventually, as I point out in my book Battlefield America: The War on the American People, even the sleepwalking masses (who remain convinced that all of the bad things happening in the police state—the police shootings, the police beatings, the raids, the roadside strip searches—are happening to other people) will have to wake up.

When that painful reality sinks in, it will hit with the force of a SWAT team crashing through your door, a taser being aimed at your stomach, and a gun pointed at your head. And there will be no channel to change, no reality to alter, and no manufactured farce to hide behind.

As George Orwell warned, “If you want a picture of the future, imagine a boot stamping on a human face forever.”