At What Point Do We Officially Declare Palestine as Suffering From Apartheid or Genocide? 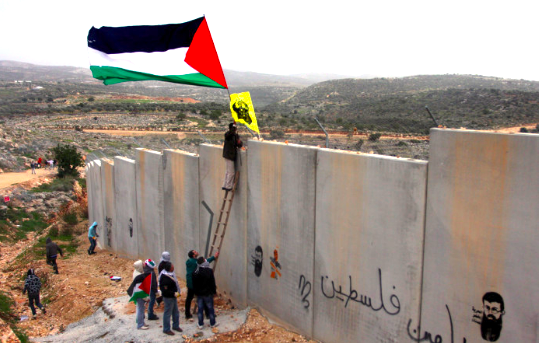 Apartheid made segregation part of the law. It cruelly and forcibly separated people, and had a fearsome state apparatus to punish those who disagreed. Another reason why apartheid was seen as much worse than segregation, was that it was introduced in a period when other countries were moving away from racist policies.

It was a social system which severely disadvantaged the majority of the population, simply because they did not share the skin colour of the rulers. Many were kept just above destitution because they were ‘non-white.’ In the 1960s, the Anti-Apartheid Movement worldwide began to campaign for boycotts of apartheid South Africa. By the 1970s support for the Apartheid government had waned and most of the international community isolated South Africa. In the 1980s the United States, the United Kingdom, and 23 other nations had passed laws placing various trade sanctions on South Africa.

The SA government even went so far as to develop nuclear weapons (source) allegedly with the help of Israel (source), which under pressure, it eventually relinquished (source) to appease the international community.

Ninety-seven per cent of Gaza’s drinking was is now contaminated. More than half of the strip’s population is unemployed. Around half do not have enough food to eat. Almost seventy-five per cent require humanitarian assistance. Gazans get around two hours of electricity per day. The health care system is virtually nonexistent. Very little is allowed in, and nothing is allowed out.

This past spring the people of Gaza made a concerted effort to break free from this living hell. They were met with a hail of bullets from the Israeli Defence Forces. In this one event March 3rd – 15th May, at least 110 Palestinians were gunned down and killed. In total, 13,000 Palestinians were wounded, with 1,400 struck by at least one bullet, some hit five times – out of a total of 35,000 unarmed protestors. Not one Israel soldier or civilian was reported killed or seriously injured. (source)

Israeli army detained 6,742 Palestinians along the Gaza Strip and the occupied West Bank in 2017, according to Palestinian organizations – including 359 children, 22 journalists and 10 MPs. (source)

Since 2012, Israel has held about 200 Palestinian children in custody each month. (source)

Of total Palestinian/Israeli deaths as a direct result of the conflict, nearly 90 per cent have been Palestinian. (source)

Is it Apartheid or Genocide – or both?