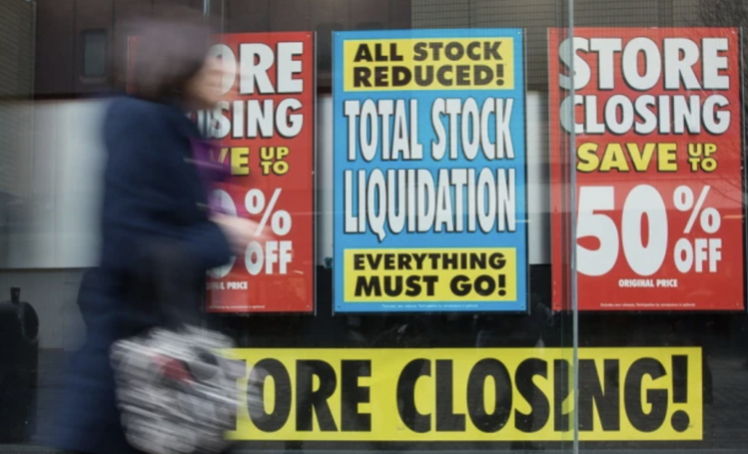 TruePublica Editor: It was bad enough predicting and modelling the negative outcomes and impacts of Brexit, especially a no-deal Brexit, heading our way in just 11 weeks time as 2021 arrives. We know that at best, Brexit, even with a deal agreed would bring an economic hit to GDP for a decade that would look a lot like what the banks did when they blew up the economy in 2008, which brought us austerity. But now – it’s downright depressing trying to add Covid-19 into the mix. The Bank of England has been bleating on this week that we should look on the bright side, mainly because just about all of its predictions were way too optimistic in the first place. Its boss, Andrew Bailey sounds more and more like a semi-deluded government stooge as each month rolls by.

Britain does have a resilient economy but it takes very little in percentage terms to cause real problems for a great many people.

For example, the early 1990s recession, officially recorded as one year between Q3 1990 and Q3 1991 saw GDP fall 2.3 per cent. Company earnings crashed 23 per cent and the peak budget deficit rose to 8 per cent of GDP. Unemployment rose from 6.9 per cent to 10.7 per cent – and although only a one year recession, it meant unemployment kept rising for three years. At the time, inflation and interest rates rose – albeit that is far less likely this time around.

The 2008 Great Recession was the worst since WW2. Officially, this recession also lasted just one year from Q2 2008 to Q2 2009. The economy shrank 6.2 per cent in that time, manufacturing output fell by 7 per cent and unemployment rose to 8.3 per cent – it brought in an era of austerity, which caused four more quarters of negative growth of 1.2 per cent from 2010 to 2012. The difference here was that Britain’s national debt jumped by nearly one trillion from £800bn in 2008 to £1.7 trillion in 2018. In other words, the economy didn’t bounce back without massive cash injections from the state. We haven’t seen this type of debt for 70 years.

It would be safe to predict that the climb out of recession from a very low base will be very painful this time around – more than the 1980s, 1990s and more than the ‘Great Recession’ of the last decade. It is impossible to predict what the real outcome will be but the effects of Covid-19 and Brexit combined, in the hands of an incompetent government looks set to only make matters worse.

The economic contraction in 2020 due to the shock of Covid will not really be known until the end of the year. But we can safely say, the contraction is at least 10 per cent. The EY ITEM Club forecasts UK GDP contraction of 11.5% in 2020. PwC has forecast a contraction of between 11 and 12 per cent.

Just about all of the sensible predictions are dire for 2021. At best, the economy will lose an equivalent GDP of 4 per cent, others predict worse at 7 per cent. Just about all agree that growth to reach 2019 levels will take several years. Here are just some of the expected outcomes for 2021 as it stands right now.

Jon Moulton, the founder and managing partner of private equity firm Better Capital, recently told the Treasury Select Committee of the House of Commons that corporate bankruptcy is going to go up quite sharply over the course of the next year and into 2021, and may persist into the future.” Calling it a “very crude” approximation, Moulton pointed to suggestions that UK firms may be saddled with £100bn in “dodgy-looking” debt in a year’s time. “It could be a lot worse than that in time,” he said.

“We have no idea of the magnitude of the difficulty here. If we assume that interest rates remain low, then the difficulties will be low. If interest rates creep up over the course of the next three or six years, then you could have very very much greater levels of default in the numbers,” Moulton said.

One unexpected outcome of these problems is that one study has forecasted that 10 per cent of the UK’s 166,000 charities will be forced to declare bankruptcy by the end of 2020, with a funding shortfall of £10 billion opening up. This could have disastrous consequences not just for the sector, but for the millions in Britain who rely on it for support in 2021.

Another problem is that income from rents and rates has caused local authorities financial stress. During March and April 2020 alone, the government provided £3.2bn to councils in emergency funding to help deal with the coronavirus pandemic. Many are now facing bankruptcy. Around 150 local authorities are in financial trouble. Large authorities like Leeds, Wiltshire, Trafford, Tameside and Barnet have said they are on the very precipice of bankruptcy. Liverpool and Birmingham are in a similar state.

Plummeting passenger numbers at Luton Airport are contributing to a £49m shortfall at the authority which owns it, Luton Borough Council. A spokesman said it would have “no option but to agree to unprecedented cuts to key services.”

The breadth and scale of bankruptcies across the country could well become a real shock as a cycle of households cutting back on expenditure for fear of losing jobs causes companies to close – meaning more layoffs.

There is a generally accepted figure banded around the mainstream media and therefore by the government that by the end of Q1 2021 – just 26 weeks away, over 4 million people will have lost their jobs. Many will quickly fall into debt, be evicted or have their homes repossessed. The work and pensions secretary Therese Coffey has publicly stated her department was preparing to support that level of unemployed. This does not take account of the hundreds of thousands of the self-employed unable to get access to government loans, or the countless numbers heading towards retirement who would normally work but cannot compete in the employment marketplace, who simply give up and don’t claim.

The government will cook up all sorts of plans to keep the numbers down, but there’s a way to get a much better way of understanding the real numbers. In January 2019 (peak employment), the total number of people in employment, published by the ONS was 32.54 million. This meant that 75.8 per cent of 16-64-year-olds were working. This also means ‘economically inactive’ people in that age group was 8.6 million or 21 per cent, leaving the balance of 3.2 per cent as officially unemployed. If the government attempts to change the category of one figure, it directly affects another. The crucial number to keep an eye on is the total number of people in that age group that are working. Don’t forget – anyone working more than one hour in the gig-economy if now classed as employed – but still, this was the case in January 2019.

British households are expected to rack up debts worth a combined £6bn because of the coronavirus crisis, as millions of people fall behind on credit card payments, council tax and utility bills.

Sounding the alarm as the economic fallout from the health emergency mounts, the StepChange debt advice charity said 4.6m households were already building up dangerous levels of debt because of the pandemic.

The charity warned that debts racked up during the crisis would stifle the country’s economic recovery and that debt advisory services would be deluged once the reality of people’s situations began to hit home in the coming months.

So bad is the situation – the Treasury is to pump in an additional £38m of funding into debt advice services to help manage a flood of new arrears cases, especially in 2021.

The economic fallout of the pandemic is expected to leave 1.1 million more people below the pre-Covid poverty line at the ear-end, including a further 200,000 children, according to an analysis by the IPPR think tank.

Without urgent action to protect families from the financial hardship caused by the pandemic, this would bring the total number of children living in poverty in the UK to 4.5 million, an increase of almost 5 per cent, IPPR says.

The increase in child poverty is driven by expected falls in income for 800,000 households with children. Those newly forced to rely on Universal Credit will experience a major hit to their living standards and this will be particularly damaging for households with high rents as a proportion of their incomes, or which have existing debts and low levels of savings.

The 1.1 million total of people below the pre-Covid poverty line will be some 7 per cent more than the 14.7 million projected, had the crisis not occurred.

“This analysis shows that hundreds of thousands of families and their children who may have been ‘just about managing’ before Covid now face being plunged into poverty.

“The government must apply the same level of ambition it had for supporting businesses and workers in the early stages of this crisis, to prevent a new generation of children and their families falling into poverty through no fault of their own.”

“Our modelling shows that the government must do more to prevent rising poverty, now and in the future into 2021. Struggling families need the government to step in and boost the incomes of those who lose their jobs at this difficult time.”

READ: Britain’s Coming Winter of Discontent – What It Looks Like