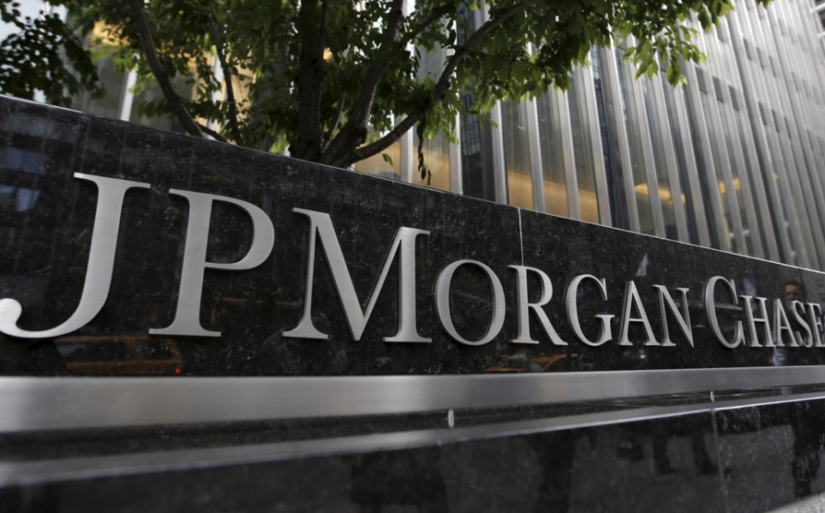 By TruePublica Editor: This is just one sign of the coming post-Brexit world we should be bracing ourselves for. More deregulation means corporate giants attacking markets and exploiting the tiniest opportunity with no regard for the damage they cause. For them, it’s about profit, nothing else.

Two days ago we learn that JPMorgan Chase is close to launching a range of personal banking products in the UK.

The world’s biggest lender by market capitalisation is set to introduce savings and loans products using the Chase brand in the next few months, according to a number of financial news outlets.

The New York-listed bank is due to hold an investor day next week and will set out growth strategy details. JPMorgan has held talks with City and banking regulators to ensure it has the required approvals ahead of the launch.

The new service is likely to launch later this year. An insider said Chase is likely to offer savings and current accounts along with a range of open banking services and loan products.

The US-based bank may also consider entering the mortgage market, although that is not yet clear. Further details of JPMorgan’s plans are unknown at this stage.

There are some things we know about JP Morgan. First up, the bank is as immoral and unscrupulous as any company that has ever existed. It helped to fund the Nazi’s in World War 2. Yes, JP Morgan were Hitler’s bankers. Along with other New York bankers, JP Morgan helped create the Bank for International Settlements (BIS) located in Basel, Switzerland. This became the most secret of all Swiss Banks.

According to John Strausbaugh, the author of the magnificent book Victory City, A History Of New York and New Yorkers During World War II – “Via the BIS, the American and British bankers would maintain a mostly secret friendship with their Nazi and Japanese counterparts straight through World War II while thousands and thousands of American and British men in uniform were being killed and maimed in the fight to defeat the Nazis and Japanese.”  This same bank, as Strausbaugh continues – “sheltered hundreds of millions of dollars in Nazi gold, stolen from conquered nations and from slaughtered Jews (including dental fillings, jewellery, and such).”

When France was on its knees and German occupying forces invaded, JP Morgan remained in Paris, unlike almost all non-French companies. The Daily News reported that – “The relationship between Chase and the Nazis apparently was so cosy that Carlos Niedermann, the Chase branch chief in Paris, wrote his supervisor in Manhattan that the bank enjoyed “very special esteem” with top German officials and “a rapid expansion of deposits,” according to Newsweek. Niedermann’s letter was written in May 1942 five months after the Japanese bombed Pearl Harbor and the U.S. also went to war with Germany.”

Since then, the crimes have racked up. So much so that is is hard to find just how many. In the space of the period 2000 to about mid-2018, JP Morgan has been dragged into American courts and fined something in the order of $35 billion. Selling toxic securities that significantly helped the global financial crisis led to half a dozen cases and about $14bn in fines. Then there have been $5billion in fines relating to mortgage fraud, misselling and the like, $4.5 billion for misselling investor protection, $4billion for banking violations, $2billion for money laundering offences and of course more fines for rigging foreign exchange markets, energy markets, making false claims, fraud and so on.

On money laundering – (a programme that allows criminals such as human traffickers, pimps, terrorists, murderers, dictators, despots and drug barons the facilities of wealth creation and management), JP Morgan is well suited to competing with the suits in the City of London and should feel right at home. JP Morgan has recently been hauled up by the Central Bank of Hong Kong for money laundering (financing terrorism) as they were in Switzerland for their involvement in one of the biggest financial frauds in history involving the Malaysian government – that was under investigation in six other countries.

The Irish Central Bank fined JP Morgan for regulatory ‘breaches’ last year and “persistently” failed to remediate the root causes of these failings despite repeated interventions by the CBI over a number of years.

It gets worse. In October 2018, JP Morgan Chase was fined $5.3 billion fine in a settlement for the violation of Cuban Assets Control Regulations, Iranian sanctions and Weapons of Mass Destruction sanctions 87 times.

The U.S. Treasury also found the bank had violated sanctions on narcotics in Syria when it processed 85 transactions and maintained accounts for six sanctioned individuals.

In 2016, an investigation by U.S. authorities found out that the JPMorgan Chase hired children of Chinese authorities from 2006 to 2013 in order to do jobs in China. The bank had to pay a $264 million fine to settle claims that its hiring violated the Foreign Corrupt Practices Act (FCPA).

In 2014, JP Morgan Chase agreed to pay over $2 billion for failing to alert federal courts about the largest Ponzi scheme fraud in U.S. history, the Bernie Madoff scandal. The bank had to pay over $1 billion to settle criminal charges, millions to settle civil claims by Madoff’s victims and millions to be paid to the Treasury Department.

JPMorgan Chase was fined $49 million by the Financial Services Authority (FSA) of the U.K. for failing to protect billions of dollars of client money.

Let’s make no mistake here. The British authorities are currently welcoming this crime-ridden behemoth into the country with its history of money laundering, supporting international terrorism and has the funding of the Nazi’s and all of the death and misery that brought to the world in its DNA – with open arms. It has the financial crisis written into its architecture of profit that heavily contributed to austerity that in the end has seen tens of thousands of British people in morgues. JP Morgan has been fined for its disastrous actions in the massive mortgage fraud of America and just as scandalous repossessions markets.

JP Morgan Chase is the very worst that capitalism can possibly represent. It’s CEO earned over $30million last year and is reported to be personally worth $1.7billion as the reward for overseeing an international crime wave of unprecedented scale. Dimon has been CEO since 2004. And he and his operations want access to Britain’s retail market – people. We can expect more of this in the future – this is the just the tip of an iceberg heading our way.

Last week, Home Secretary Priti Patel told BBC Breakfast the government wanted to “encourage people with the right talent” and “reduce the levels of people coming to the UK with low skills”. So, Priti Patel will invite some of the world’s biggest criminals into Britain simply because they earn more than erm … £25k.

As announced last week by the Patel, overseas citizens will now have to reach 70 points to be able to work in the UK. All 70 of those points can be reached simply by having ’employee of JPMorgan Chase’ written all over their CV. We’ve just deported a bunch of people who got caught for smoking weed. If only they’d been in a proper crime syndicate!